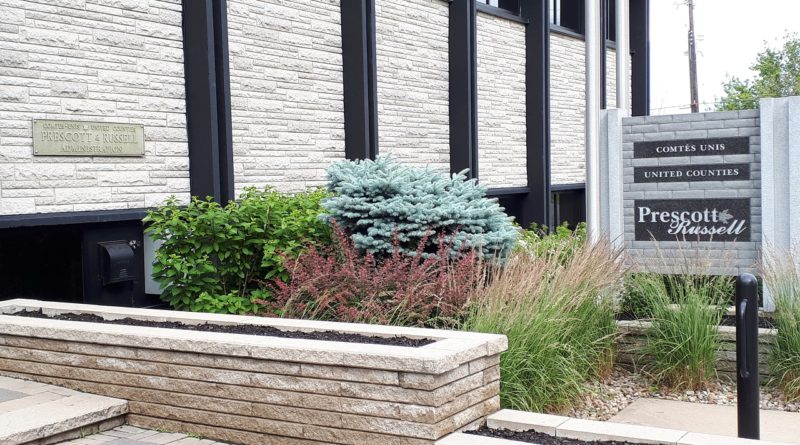 In 2022, the United Counties of Prescott and Russell (UCPR) will study the introduction of development charges. On October 27, UCPR council granted approval for the study. The funds to pay for it will be included in the 2022 budget.

Director of Public Works Jérémie Bouchard had requested the study as a way for the UCPR to better finance infrastructure improvements, particularly roads, that result from new development. The UCPR is facing increased expenses for road improvements adjacent to new residential and commercial developments – particularly in areas of La Nation, Russell Township, and Clarence-Rockland, where development is increasing. Presently, all road projects are being financed directly from the tax levy.

In 2005, the UCPR commissioned a development charges study and it recommended developers pay $951 per residential new residential dwelling and $2.39 per square foot for new non-residential buildings. According to a report from Bouchard, the Department of Public Works has reviewed the 2005 study and found that if development charges had been implemented in 2006, the UCPR would have gained $4.1 million in revenue over a five-year period, based on 4,319 dwelling units constructed between 2016 and 2021. The projection does not include what revenues could have been received from non-residential construction.

Bouchard’s report identified 10 road projects the UCPR has undertaken or is planning to undertake that could have been partially financed by development charges. The most expensive one is the widening of County Road 17 in Clarence-Rockland which is projected to cost $135 million. Other projects include three roundabouts of approximately $2.5 million each in Russell and La Nation, $450,000 for turning lanes on roads in Russell, and three projects of an unspecified cost on roads in Clarence-Rockland, Russell, La Nation, and Casselman.

The recommendation to proceed with the development charges study was approved unanimously. It was moved by La Nation Mayor François St-Amour and seconded by Casselman Mayor Daniel Lafleur.