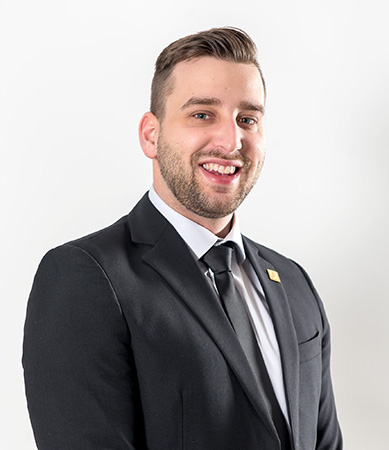 Brownsburg-Chatham has elected its youngest mayor ever.

Maurice said his election victory was the result of a lot of effort.

“I’ve worked really hard in the past six weeks.”

The new mayor said the election got citizens more excited about municipal government because of the opportunities if offered. He said many younger citizens took interest in issues, candidates, and made the effort to vote.

“For the first time, (younger voters) were really enthusiastic about democracy,” Maurice observed.

Maurice campaigned for mayor promising to target neighbourhood vandalism, continue support for the municipal campground and recreation facilities, promote agriculture and local business, and focus on carefully planned development. He said his first priority will be to meet with the other council members and discuss how to advance the agenda together.

“We’re supposed to be a team,” Maurice noted.

The newly-elected mayor is confident there is sufficient support among councillors for his plans. He said Stephen Rowland, who was re-elected in District 6, along with new councillors Martine Renaud in District 4 and Marilou Laurin in District 5, have each expressed their support.

Question periods at Brownsburg-Chatham council meetings during the past four years have often been raucous – with citizens who regularly attend asking questions or commenting. Maurice is hoping things will be more peaceful going forward.

“It’s a democracy and people chose us,” he said.

The new councillor for District 1 in Brownsburg-Chatham will be Pierre Baril who was elected with 212 votes. Second place candidate Danielle Duval received 68 votes.

The new councillor for District 3 will be Louis Quevillon, who finished with 204 votes. The other candidate for District 3, Todd Lalonde, received 190 votes.

Martine Renaud was elected to council in District 4 with 250 vote,s while Sherwin Edwards placed second with 35 votes. Hugo Blanchette received 29 votes in District 4.