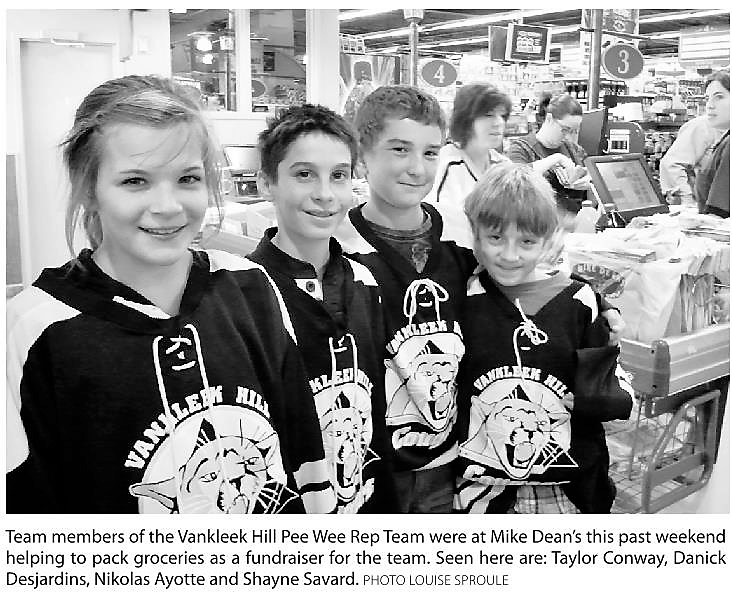 Photo from the October 12, 2011, edition of The Review. Click on the photo for the full caption as it appeared in the original edition. Archive photo

10 Years ago
Crack wins MP race
The Review, October 12, 2011 – ALEXANDRIA – The mayor of North Glengarry is moving to a bigger office at Queen’s Park in the next few weeks. Liberal Party candidate Grant Crack was announced as Glengarry-Prescott-Russell’s next member of provincial parliament late in the evening on Thursday, October 6. Grant beat Progressive Conservative candidate Marilissa Gosselin by only 1,353 votes, in what was a neck-and-neck race for much of the evening.

25 Years Ago
Persistent thief keeps going despite foiled attempts
The Review, October 16, 1996 – HAWKESBURY – a 22-year-old Hawkesbury man is in custody after a persistent thief made off with $400 from a supermarket following two foiled robbery attempts. The incident began on October 10 when a man entered the Shoppers Drug Mart on Main Street and requested money from the cashier, who was unable to open the cash register. He then crossed the street to the Bank of Montreal and was foiled there, before stealing $400 from the cash register at Your Independent Grocer.

50 Years Ago
Fire destroys barn and contents worth $150,000
The Review, October 13, 1971 – VANKLEEK HILL – A fire which started shortly after 4:15 p.m. destroyed a large concrete block and steel-covered frame barn on the farm of Robert Wilson on Pendleton Street, west of Vankleek Hill, causing a loss estimated at $150,000. The barn, measuring 226 feet by 60 feet, was only four years old and had just recently been wired for electricity.

100 Years Ago
John McDonald found dead on road
The Review, October 14, 1921 – MCCRIMMON – On Tuesday evening of this week the body of Mr. John McDonald, of Bottom Beaver, was found dead on the road near McCrimmon by some passers by. Alongside the body was an upturned buggy. The coroner has been notified and an investigation will likely take place.