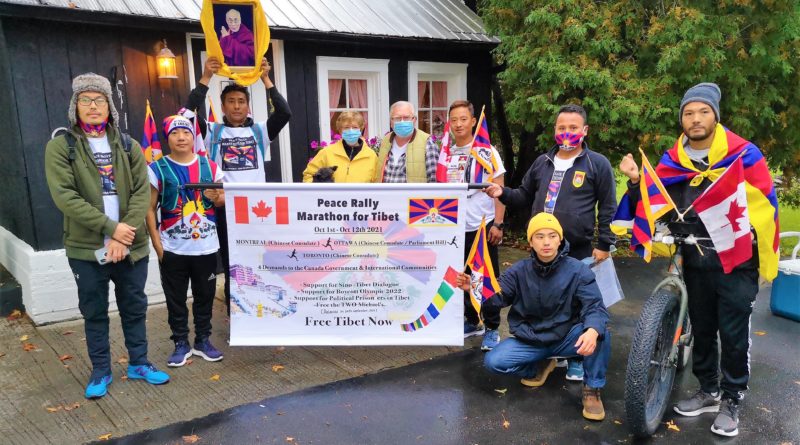 Jean-Louis and Claire Diamond with the members of the Peace Rally Marathon for Tibet, who stayed overnight in the couple's milk house during their run. Photo Reid Masson

Jean-Louis and Claire Diamond had some unexpected visitors to their Vankleek Hill property on Saturday, October 2, as a team of runners from Tibet spent the night on their way from Toronto to Montreal.

Members of the Peace Rally Marathon for Tibet spent the night in a renovated historic milk house on the Diamonds’ property east of Vankleek Hill. The group continued on their 680-kilometre run, which left Toronto on October 1 on a route which takes them through Ottawa on their way to arriving in Montreal on October 12.

The run was being made by three runners, along with a support team and vehicle in order to bring attention to Chinese policies in Tibet that target the Tibetan culture, religion and identity, said Tenzin Dhondup, one of the members of the group.

“They’ve been so receptive,” said Dhondup, of the hospitality shown by the Diamonds and other people they have met so far on their journey.