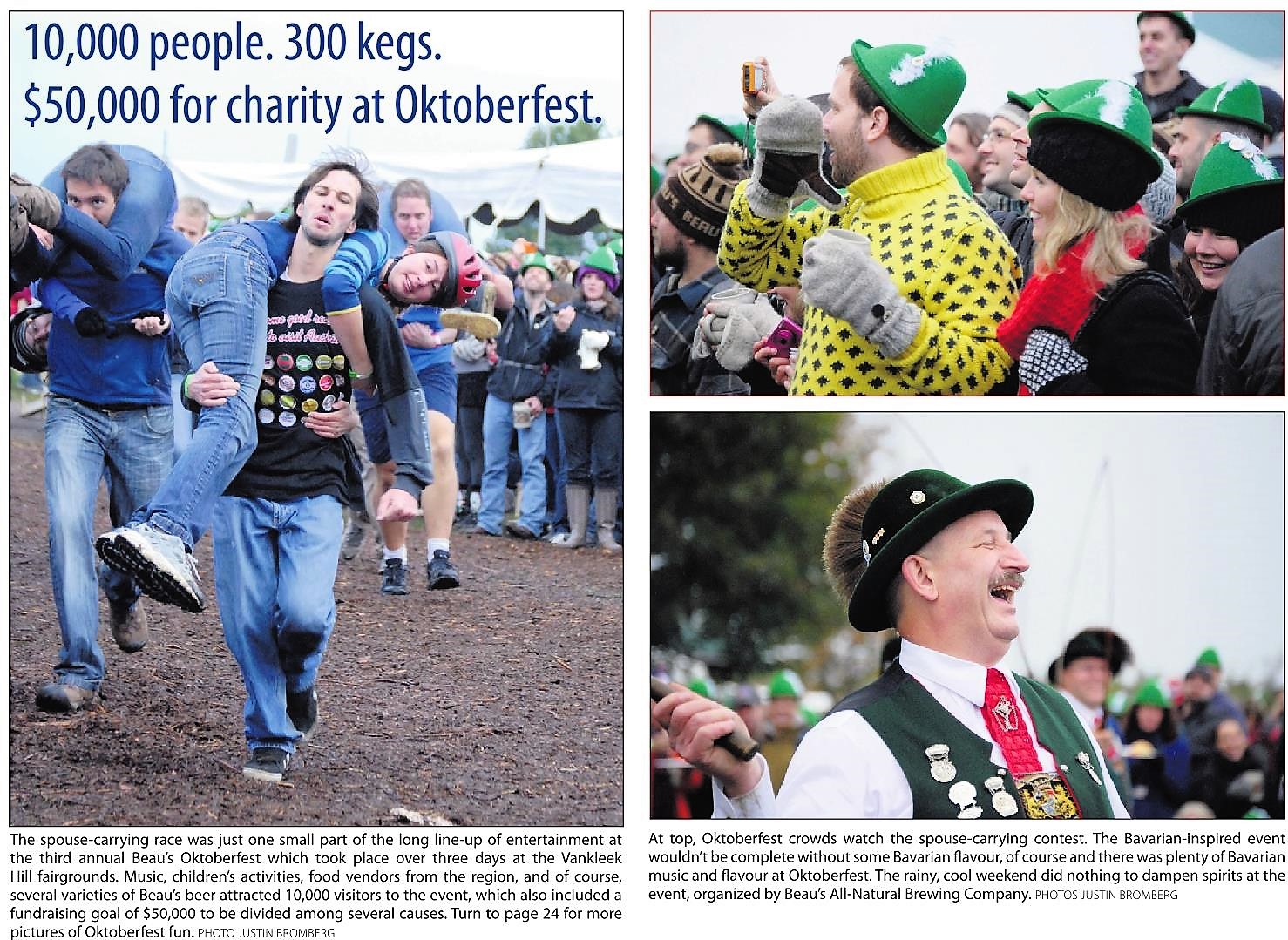 Photos of Beau’s Oktoberfest from the October 5, 2011, edition of The Review. Click on the photo to see it in full size, with the caption as it appeared in the original edition. Archive photos

25 Years Ago
Water from Hawkesbury begins next month
The Review, October 9, 1996 – VANKLEEK HILL – Town residents have been debating the pros and cons of Hawkesbury water for years. While the taste debate may never be settled, residents will see long-term benefits from the new $8-million pipeline when Hawkesbury water arrives next month. Now that its chronic supply problem has been solved, the municipality can look forward to new residential development and improved fire protection.

50 Years Ago
Patchoque Plymouth gets $156,000 grant
The Review, October 6, 1971 – HAWKESBURY – Patchoque Plymouth, a division of Amoco Canada Petroleum Co. Ltd., of Hawkesbury, will receive an incentive of $156,000 from the federal government for an expansion of its synthetic carpet backing and industrial fabrics plant. The grant will go towards a $1.7 million project that will create 51 new jobs.

100 Years Ago
Big windstorm strikes region
The Review, October 7, 1921 – VANKLEEK HILL – Last Friday afternoon another big windstorm struck this vicinity, being the second so far this season. The wind lifted a portion of the roof on the Town Hall, put the new curling rink out of plumb by five inches, blew over numerous fences, along with Andrew Harkins’ barn on The Ridge, Mr. Deslauriers’ barn near the CPR depot and Mr. Duval’s house on the 2nd Concession of Caledonia.

125 Years Ago
Slow season at Grand Hotel
The Review, October 2, 1896 – CALEDONIA SPRINGS – The Grand Hotel closed up on Saturday last after a less prosperous season than usual, the cold weather during the early part of the summer no doubt affected the attendance of guests. It has been reported that the CPR had acquired the Springs property, but from the best information we can gather, we are of the opinion that the rumour is unfounded. With the right owner, Caledonia Springs could become the Saratoga of Canada.