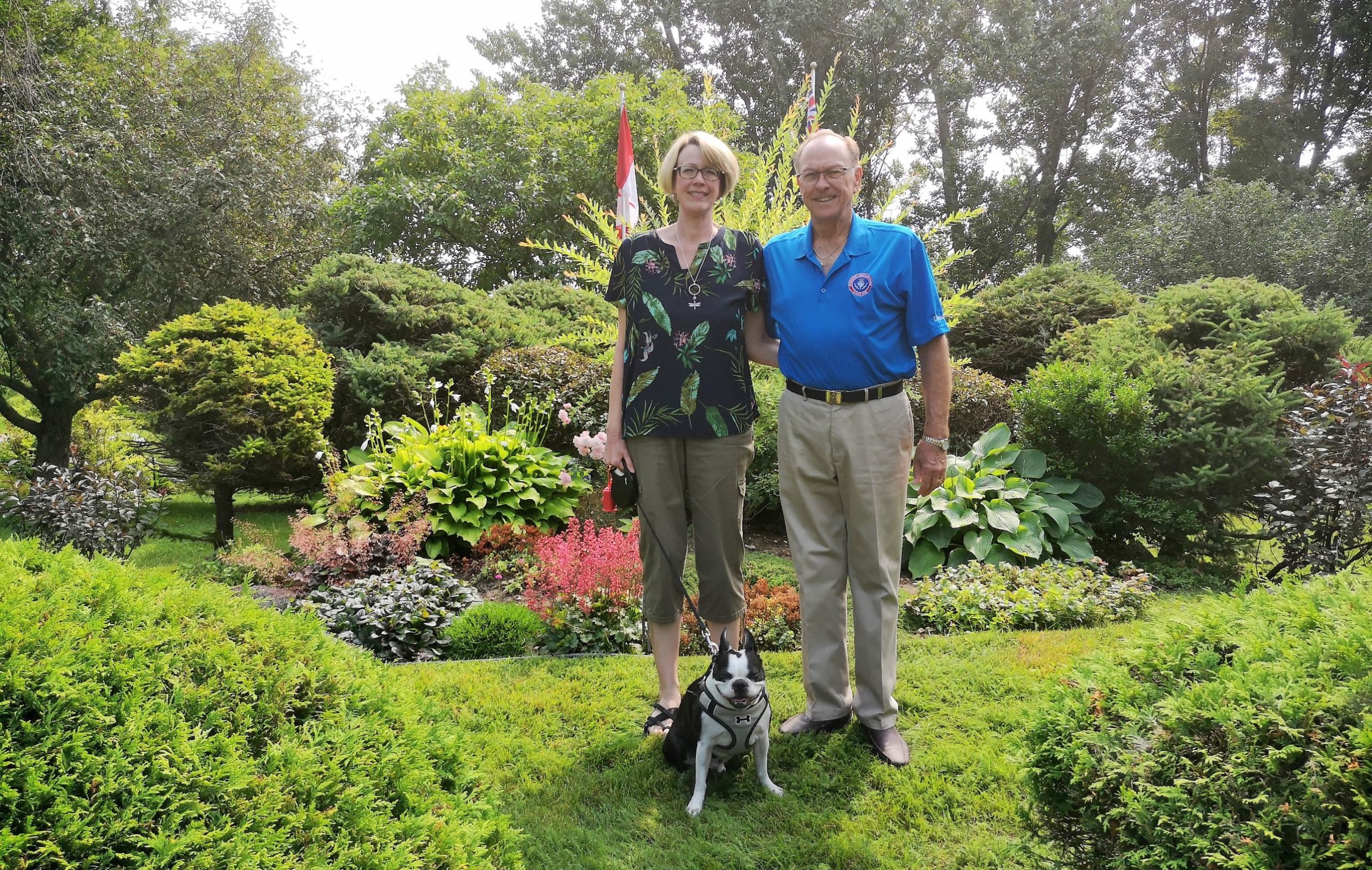 Gilbert Young with his daughter Trudy, at his home in Vankleek Hill. Photo by Reid Masson

Perhaps there has been less bagpipe music than usual for Gilbert Young during the past 18 months, but the music continues, as do the honours for the veteran bagpiper, as he looks forward to the return of the Glengarry Highland Games in 2022.

Young’s music career is one of several featured on the Pipers’ and Pipe Band Society of Ontario (PPBSO) Ottawa Branch’s website, as the chapter celebrates its 50th anniversary. The full biography can be found here.

“If you hang around long enough, they’ll find something to write about you,” laughed Young, brushing off the honor when contacted by The Review.

The 79-year-old first heard the bagpipes in the mid-1940s, when a mini-band from the Black Watch (Royal Highland Regiment) of Canada would play regularly at picnics in a grove near his home in Harrington.

“You got some ice cream and they had some games and you got to hear music,” Young remembers. “We got to talk to the pipers and drummers – it was one of those guys who ended up teaching me.”

When the first Glengarry Highland Games event was held in Maxville in 1948, Young’s parents took him to the event, where seven-year-old Gilbert stood wide-eyed as he took in the amazing spectacle of sight and sound.

“I loved the sound and was mesmerized by the uniforms,” Young recalls.

After they returned home, Young’s father signed him up for lessons from Jock Collie, one of the Black Watch pipers that had played for the young lad at the picnics. It wasn’t easy, as Collie lived in Montreal and each week, Young’s father had to drive the aspiring musician from the family’s home in Harrington into the big city.

“That was about was about a two-hour drive back then,” says Young, who remembers traveling through Lachute on the Quebec side to get to his lessons. “We didn’t have the Trans-Canada Highway.”

It wasn’t long before families who lived in the countryside near Harrington became used to the sound of bagpipes echoing through the hills. It was the start of an amazing journey that we can’t print in full here, but you can read in the biography on the PPBSO Ottawa Branch website.

“Music has opened a lot of doors and opportunities for me,” says Young, who in particular greatly enjoyed his time traveling with the Royal Canadian Air Force Pipe Band. He got to take his wife Evelyn, who passed away in 2017, on many of the RCAF band trips, making them particularly special.

“Those were good times, because my wife was with me and we had a good camaraderie with the Air Force families,” Young reminisces.

Young’s most memorable trip was with the Royal Canadian Mounted Police (RCMP) band, when in 2007 they were invited to participate in a show in Las Vegas, Nevada, with Regis Philbin hosting. This was the 70th Anniversary of the Carlson Group of Companies. Evelyn came along for the trip and the couple extended their stay for a vacation and visited California, the Grand Canyon and other famous locations.

“That’s probably the best trip that we ever had,” Young says wistfully. “Performing at Planet Hollywood in Las Vegas was quite an honor.”

Prior to the start of the COVID-19 pandemic in early 2020, Young, who will turn 80 in October, was keeping as busy as ever. The blessings of music continue to shine for the avid musician, who moved to Vankleek Hill in 1969. “I almost qualify as a native,” he chuckles.

In 2018, Young travelled with the RCMP band to Belfast, Ireland, spending a week there, before heading back home for a day to wash his clothes and then jetting off to China for three weeks.

“The pipe major said ‘can you imagine that you play bagpipes and here you are in China?’,” Young says. “Music has opened a lot of doors and opportunities for me – not to mention the weddings and other events I get to participate in.”

The love that Young has had for the Glengarry Highland Games since first seeing them in 1948 as a young boy came full circle when – after decades volunteering at the event – Young was named as the Director of Bands for the Games. After more than 20 years in the position, Young says he plans to take a step back sometime in 2022.

“I’ll leave the job and let some young guy take over,” Young says with a smile, adding he will stay on with the Highland Games to assist with programming and other work. He will also continue to work as a liaison between the games and the PPBSO.

Young is also hoping to travel again with the RCMP band in 2022 – this time to the Netherlands. The trip was originally planned for the spring of 2020, but was cancelled due to the COVID-19 pandemic.

In the meantime, he’s been keeping busy – practicing on Zoom with the RCMP band when they can and making the most of his time.

“I’m staying active,” says the energetic 79-year-old. “I have lots of hobbies so (boredom) wasn’t a problem.” 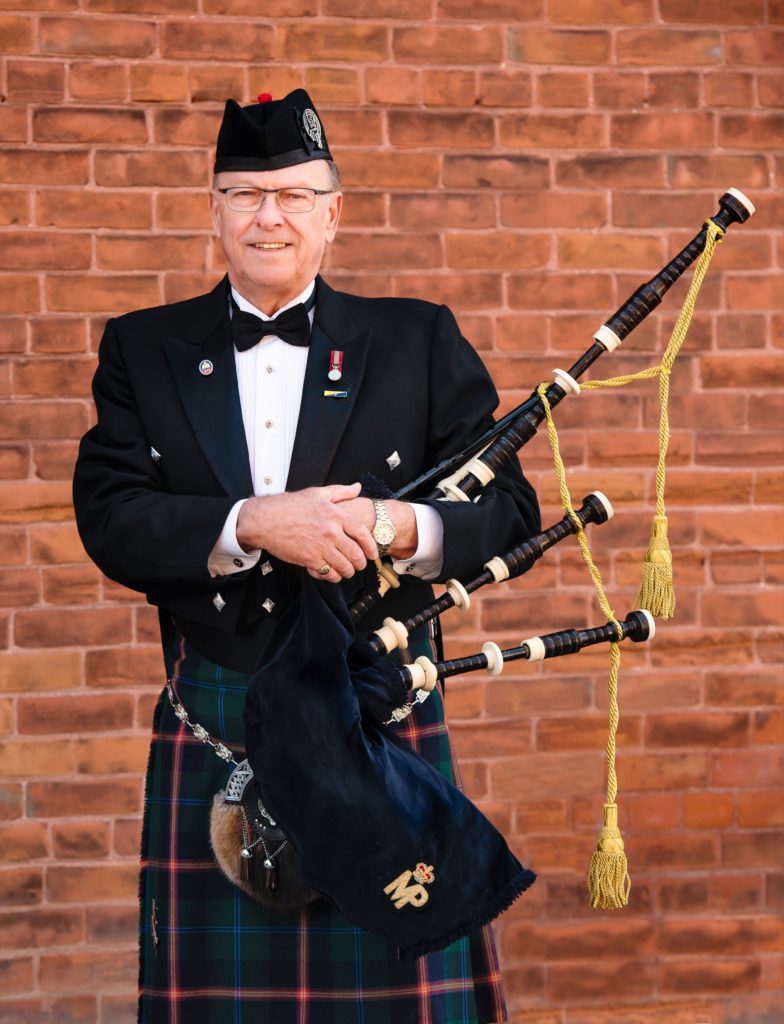 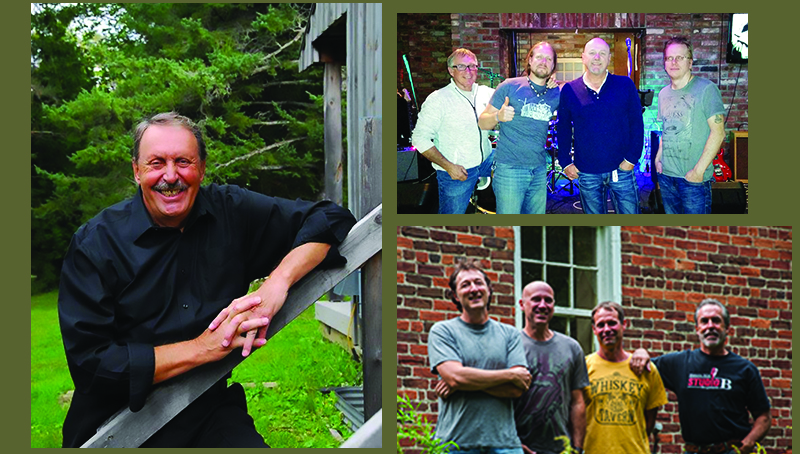 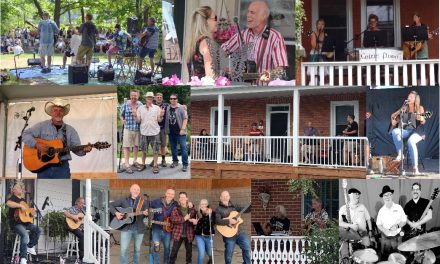 Sussex in concert at Arbor Gallery on March 29