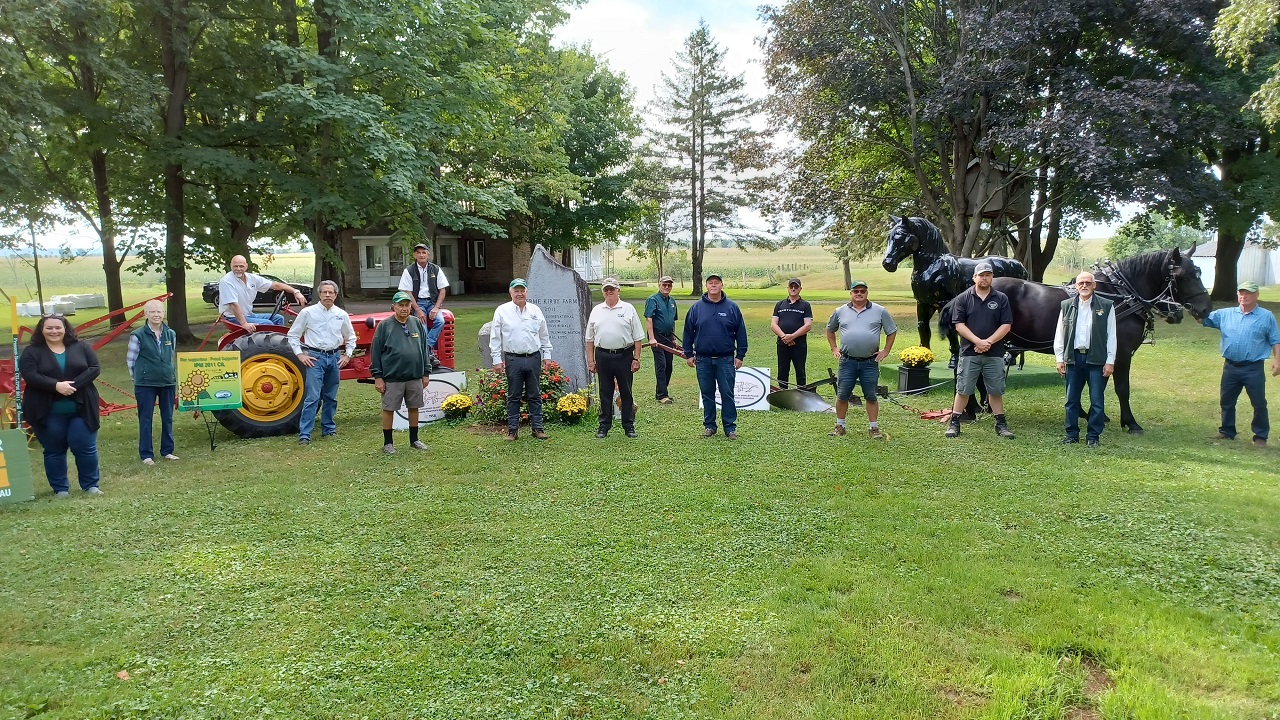 A gathering of organizers from when Prescott and Russell counties hosted the 2011 International Plowing Match (IPM) was held at the Kirby Farm on Front Road in East Hawkesbury on September 1, to commemorate 10 years since the big event was held there and at the nearby Lachaine and Connors farms.

From September 20 to 24 in 2011, the three farms, and the greater Prescott and Russell region welcomed 72,000 visitors to the plowing competitions and the always popular tented city.

“It was a good time we had, it was a lot of work, but every minute was worthwhile,” said East Hawkesbury Mayor Robert Kirby, whose farm hosted the IPM. Kirby was also the mayor in 2011 and served as honourary mayor of the tented city.

Kirby also credited the success of the 2011 IPM to the efforts of organizer Bruno Lecot.

“He did a fantastic job,” the mayor enthused.

Former Champlain Township Mayor Gary Barton was the Chair of the 2011 IPM. He said the idea to host the event in Prescott and Russell counties came up long before opening day and he found himself overseeing the bid to the Ontario Plowmen’s Association.

“All of a sudden, someone volunteered me to be chair!” Barton laughed.

Barton said he and others involved with the bid began attending other IPM’s across Ontario six years before the event occurred in Prescott and Russell. They used the trips as fact-finding missions to get ideas for how to organize a successful IPM.

The IPM is overseen by the Ontario Plowmen’s Association and is usually hosted in a different county or regional municipality across the southern portion of the province, or at selected locations in Northern Ontario each year.

For the Prescott and Russell IPM, 50 subcommittees and approximately 1,000 volunteers were involved with planning and operations. Work began in August that year to construct the tented city, which required temporary water and electrical systems, and emergency planning.

The 2011 IPM ended up turning a $265,000 profit for the local organizing committee. Barton said $100,000 was donated to the Hawkesbury and District General Hospital Foundation, and 15 other committee chairs decided on which other local charities and organizations would receive donations from plowing match proceeds.

“We (hosted the IPM) for the betterment of the community,” Barton noted.