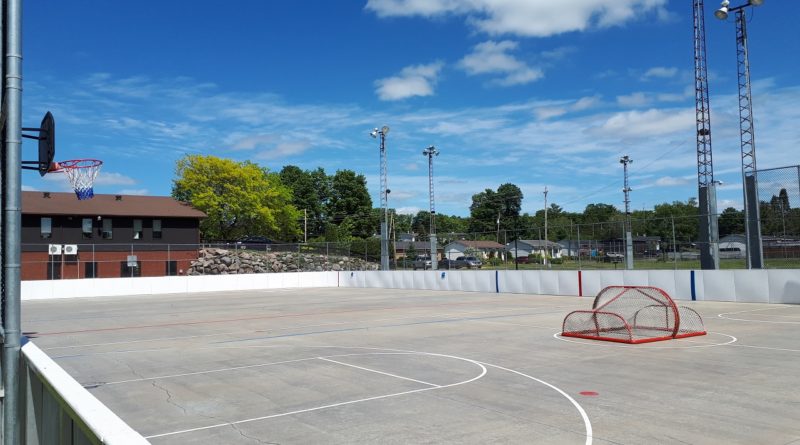 A roof will be built over the outdoor rink in Grenville. Photo: James Morgan

The village of Grenville has begun to pay for plans to build a roof over the outdoor rink at Parc Normand-Woodbury.

On August 2, council approved paying $126,606.34 to Bâtiments d’acier et Séchoirs a bois for the construction of the roof.

In May 2021, the village received $270,095.50 from the Québec and federal governments to build the roof and install an LED lighting system at the rink. Each government is contributing 50 per cent of the funding.

The people who maintain Grenville’s roads and parks need a new roof over their heads. The village is hoping to obtain $112,840 in Québec municipal building funding to replace the roof on the municipal garage, which is located on rue du Moulin.

Accessibility improvements are on the way at the village office building in Grenville, which is also attached to the fire hall and community centre. The village has received $88,452 from the Québec government accessibility fund for the construction of a new access ramp at the building.