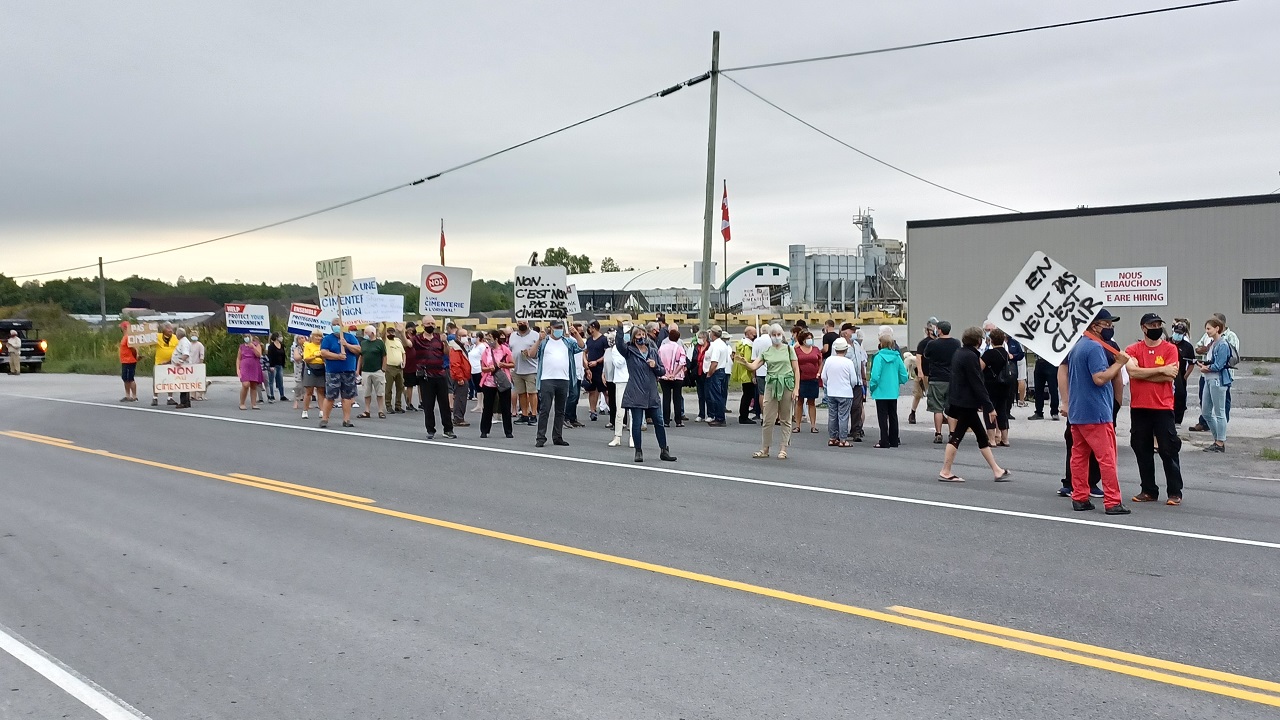 Protest along Highway 17 in front of the Colacem quarry. Photo: James Morgan

Approximately 200 people gathered in front of the Colacem quarry on Highway 17 west of L’Orignal on the evening of Tuesday, August 17, to protest the cement plant the company is planning to build at the site.

Supporters of Action Champlain – the citizens’ group opposed to the plant – members of Champlain Township council, and dozens of area residents of all ages and backgrounds demonstrated with homemade signs.

The demonstration was organized by Konstantine Malakos, the New Democratic Party (NDP) candidate for Glengarry-Prescott-Russell in the September 20 federal election. However, Malakos and Action Champlain have been quick to emphasize that the demonstration was not about political partisanship. Action Champlain has not endorsed any political candidate or party, and Malakos was not aggressively campaigning at the event. In fact, there was not an NDP sign or button in sight.

Malakos wants the federal government to stop the cement plant because of its alleged potential to contaminate the Ottawa River or its tributaries, and potential effects on the Kanesatake (Oka) Mohawk First Nation, located downstream.

“If I’m elected as your MP, my first fight will be to take this to the Minister of Crown-Indigenous Relations!” Malakos told the crowd.

He wants an injunction against the cement plant issued under the federal Fisheries Act.

“This impacts first nations and it impacts interprovincial waters,” Malakos said in a separate conversation with The Review.

André Chabot of Action Champlain was impressed by the turnout for the demonstration on rather short notice.

“It just shows once again the community is against this.”

“It’s for the right cause,” said Riopel, who lives near the proposed plant.

The mayor said his participation had nothing to do with politics because the matter is now out of the township’s hands, ever since the Local Planning Appeal Tribunal (LPAT) ruled in favour of Colacem’s appeal of a 2017 decision by council to deny the company a zoning by-law amendment required for the construction of the cement plant.

Malakos and Chabot also emphasized the non-partisan, non-political tone of the demonstration.

“From the beginning, we said we do not want a political event,” Chabot commented. 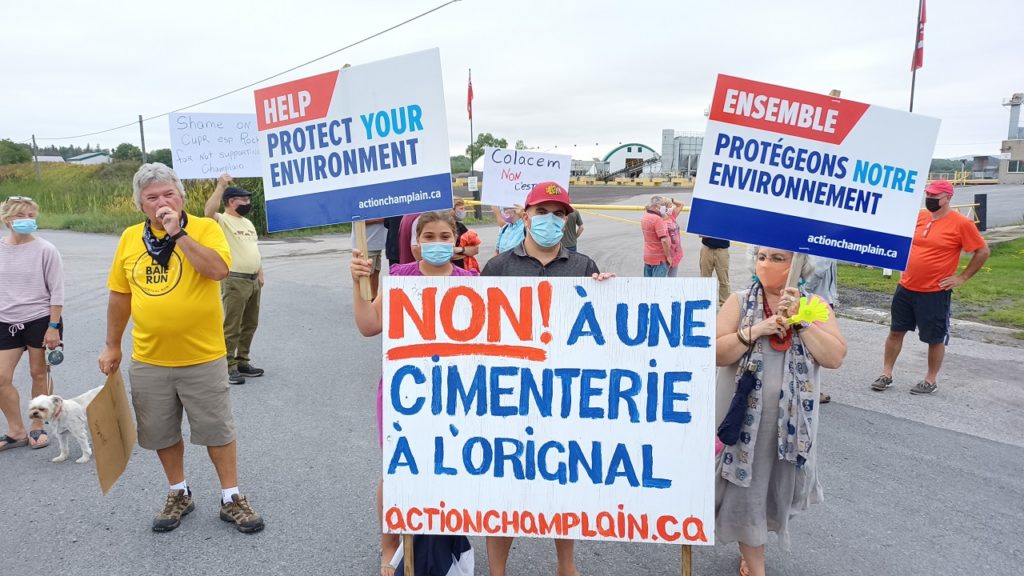 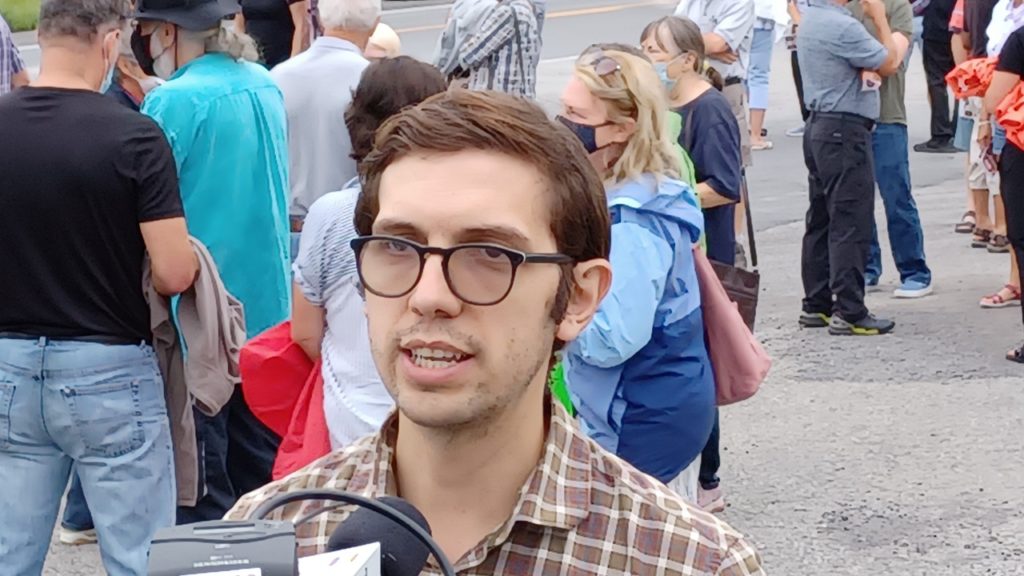 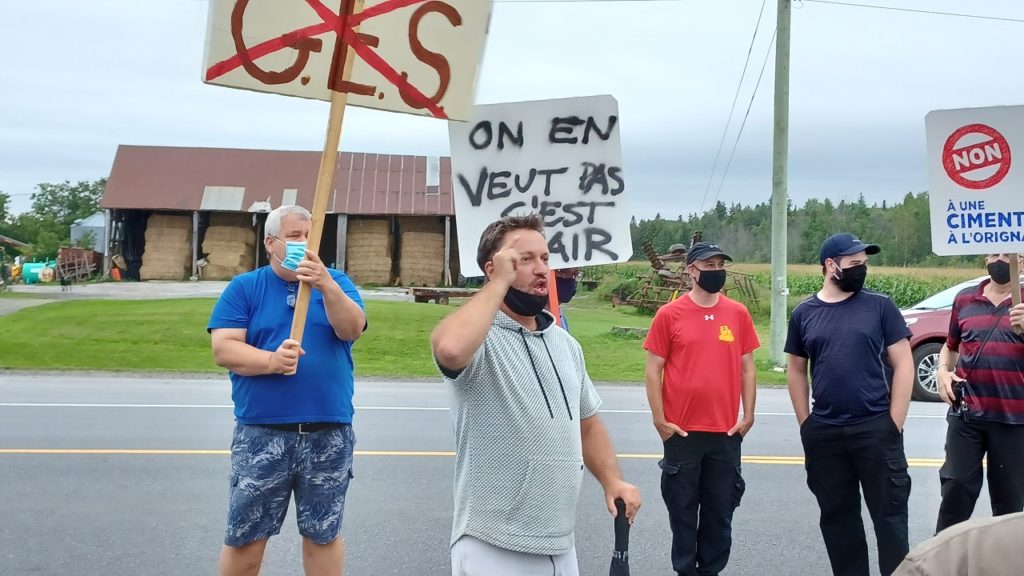