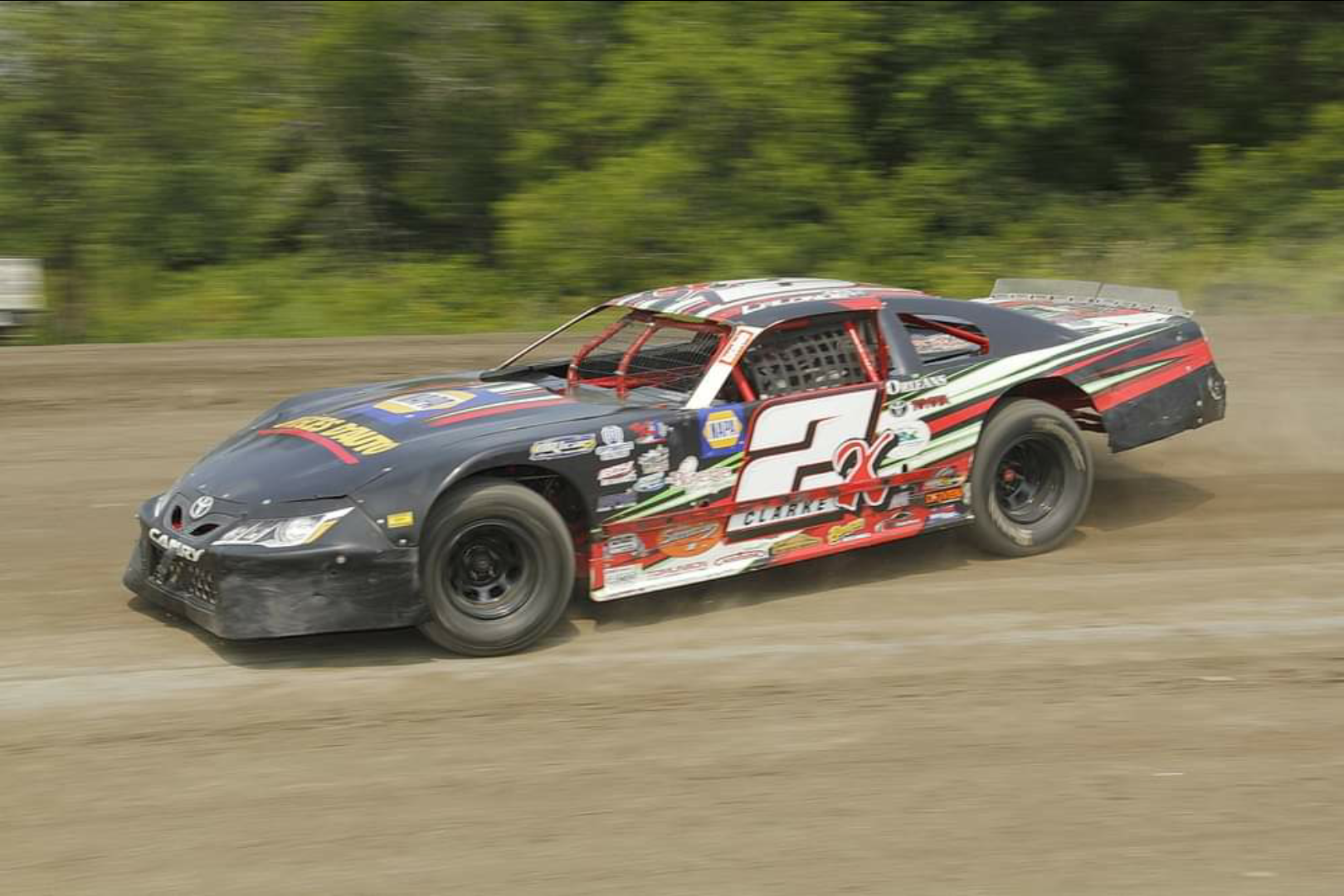 It’s been a big jump, but Hawkesbury stock car racer James Clarke is enjoying his recent move up to the Pro Stock division.

The winner of five of the first six races in the Mini Stock class this season, before deciding to move up to Pro Stock last month, the newcomer to the division struggled in his first two races. Clarke recorded a DNF in his first Pro Stock race, before finishing 14th in the feature event at Cornwall Motor Speedway last weekend, despite suffering a blown tire.

While it may not have been the results he was hoping for so far, Clarke is happy with the move to the extremely competitive Pro Stock division.

“We were just too dominant in the Mini Stock class – it wasn’t a challenge for us anymore,” explains Clarke, of his decision to move up and face stiffer competition. “We decided to move up just to give us a challenge in what we are doing again and actually have some fun in the sport.”

Clarke drove his 1994 Acura Integra to wins in six of the eight events he entered in the Mini Stock division at Cornwall Motor Speedway and Brockville Ontario Speedway in 2020. The six Mini Stock wins were a huge improvement over Clarke’s season in 2019, when he struggled just to get to the bottom rung of the podium.

Now in his fourth season of racing, Clarke finds himself back in the same boat in after his move up to the Pro Stock division, as a newcomer struggling to make it to the podium. But he doesn’t expect that to last long.

Although an experienced stock car racer, Clarke notes there is a huge difference between a Mini Stock car and one in the Pro Stock division. The latter is a much higher powered vehicle, and is rear-wheel drive, instead of the front-wheel drive Mini Stock cars he has been racing.

“Driving these cars is completely different from a four-cylinder Mini Stock,” says Clarke, of the Pro Stock cars, which are powered by a modified 5.7 litre small-block Chevrolet engine that puts out approximately 350 horsepower. “Coming into the corners in a Mini Stock, you want to let go of the gas to get the car to turn.”

“In the Pro Stock, if you let go of the gas, the car isn’t going to turn. It’s always on the limit of whether the car’s turning or you’re going to end up in the wall.”

There cost of fielding a Pro Stock car is also significantly more than a car in Mini Stock. Clark receives some financial support from sponsors, including Howe’s Farm Equipment, Triforce Electric, Rich Welding, and his own company J&L Customs. He is looking to add more sponsors to help cover the costs of competing in the Pro Stock division. A normal race costs about $300 in expenses – assuming nothing goes wrong – and that does not include the cost of the car.

Ownership and maintenance costs on the new Pro Stock car are shared by Clarke and co-owner Richard Leblanc, who also serves as crew chief. Clarke says Leblanc’s experience and involvement with his racing, both in Mini Stock and now Pro Stock, have been invaluable to his success as a race car driver.

“He’s been my crew chief since the beginning and he’s a big part of the program,” Clarke says. “If it wasn’t for Richard, I don’t think we’d have even thought about moving up.”

Clarke says he and  Leblanc will get the car more competitive as the season goes on and the Hawkesbury racer expects to be fully in the mix for the 2021 Pro Stock championship.

“We’re pretty confident in the direction we’re going,” Clarke says. “Hopefully by the end of the year we will be at least in the top five and then maybe a few checkered flags next year.” 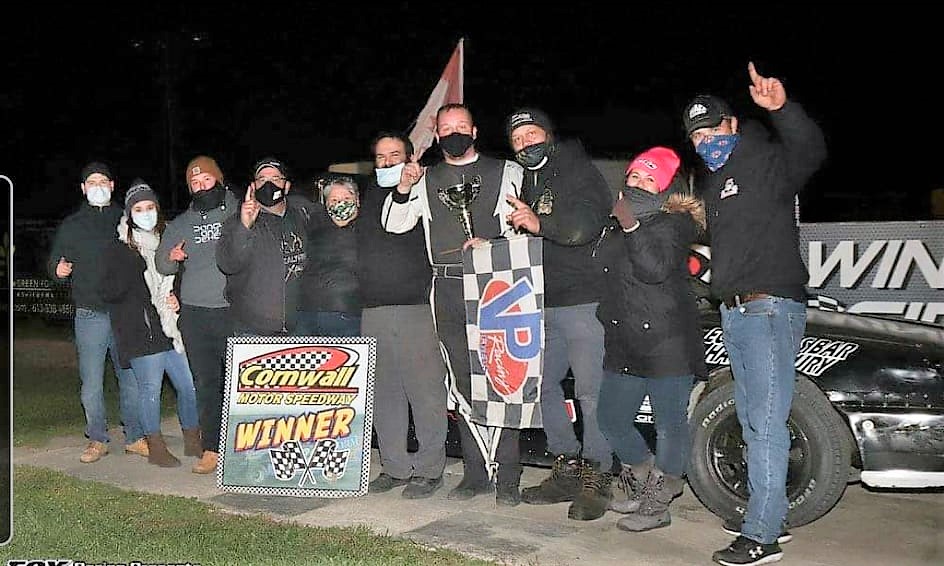 Clarke says his race team is a big part of his success. Car co-owner and Crew Chief Richard Leblanc (immediately to Clarke’s right) has been guiding the young stock car racer since he first began racing. Photo by Don Simpson 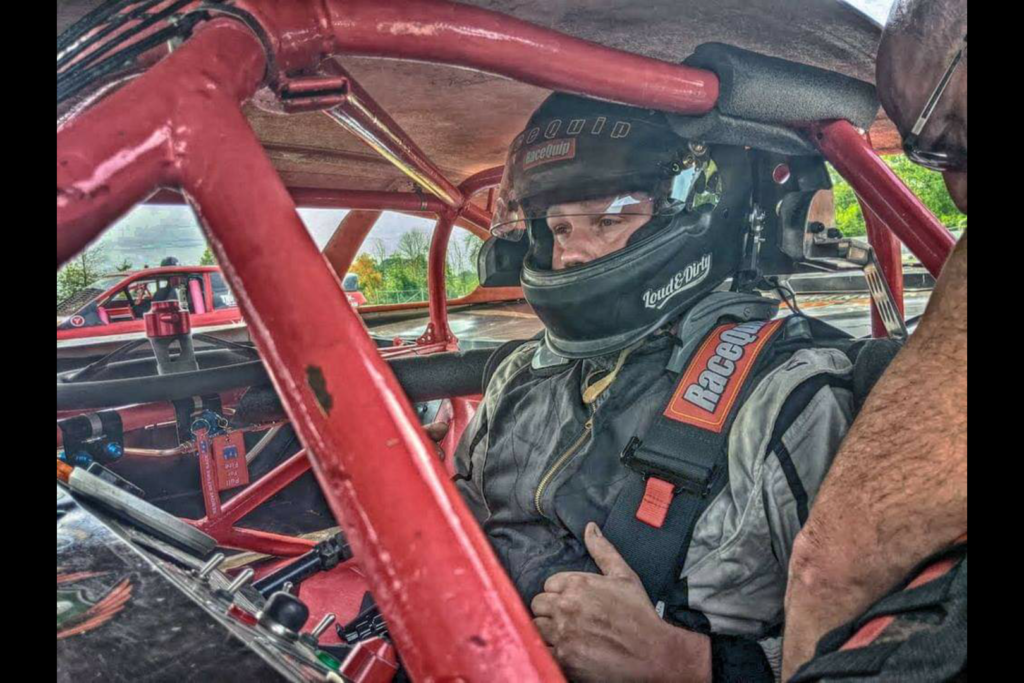 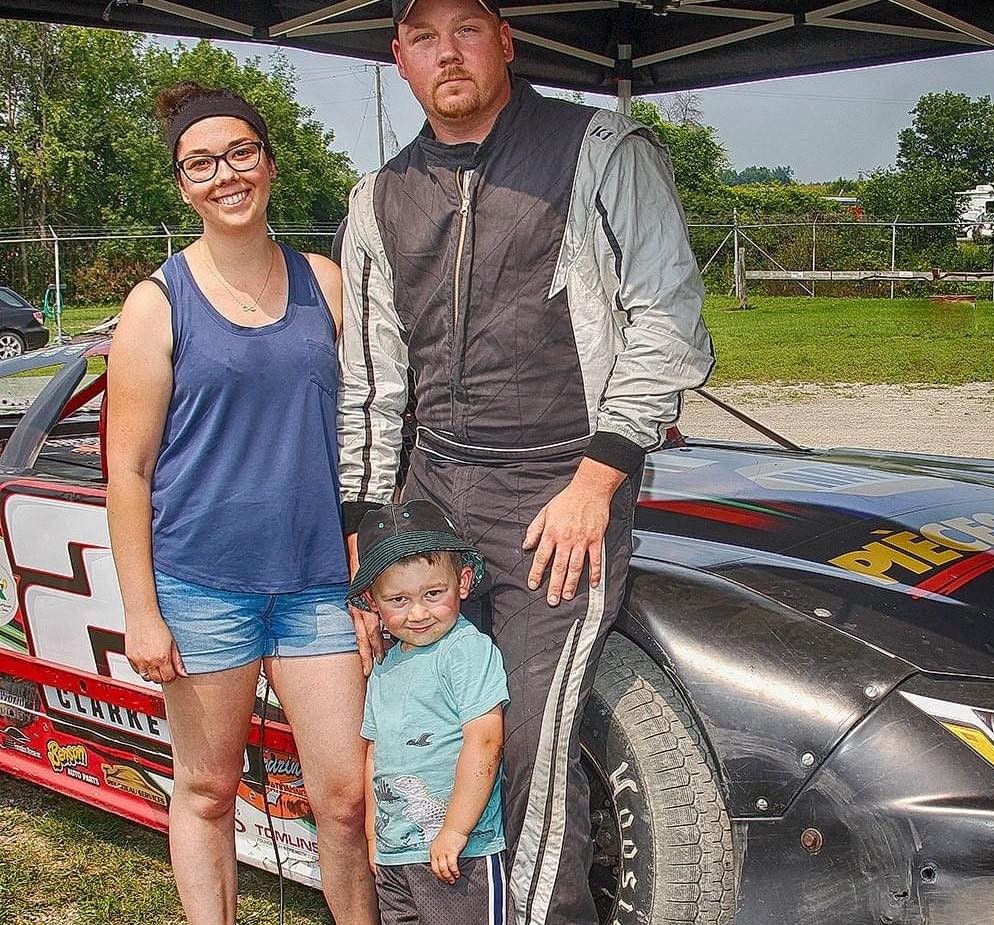 James Clarke with partner Miriam Bray and son Liam. Bray has been a huge supporter of his racing, Clark says, tolerating his “endless hours in the shop”. Photo by Don Simpson