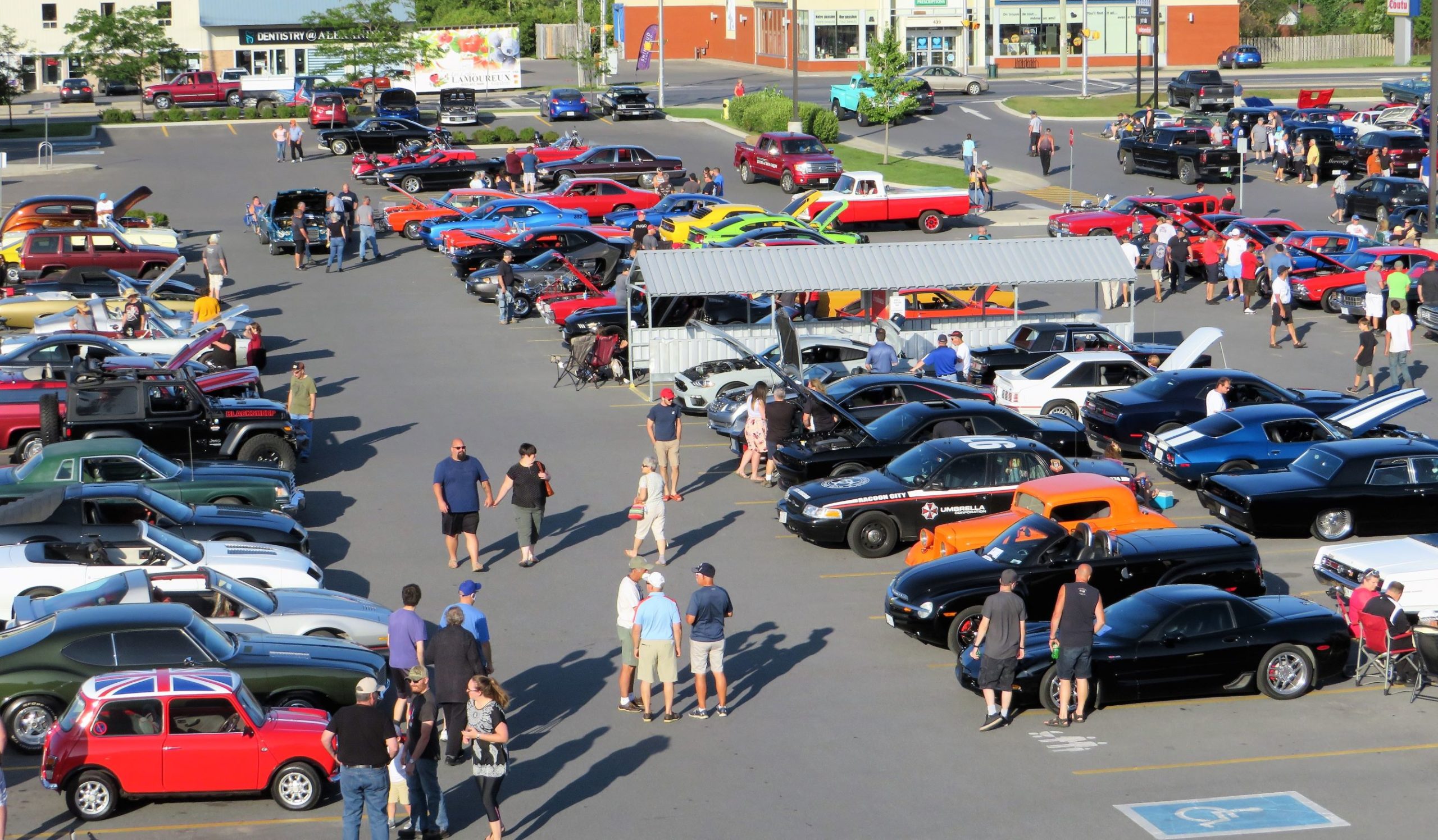 Hundreds of cars and car lovers came out to the Eazy Cruisers Super Cruise Night on Saturday, August 14, in Alexandria. Photo by Scott Newton

It was an amazing turnout for the Eazy Cruisers Street Club’s 2021 Super Cruise Night in Alexandria last Saturday evening, August 14.

An estimated 300 cars were on hand and about as many spectators turned out for the evening car display, which began at 4 p.m. in the parking lot at Your Independent Grocer. Organizers with the Eazy Cruisers had purposely not printed flyers or heavily advertised the event to keep crowds down, and were pleasantly surprised by the turnout.

“The parking lot was pretty full,” understated Eazy Cruisers President Roddy Johnson, who estimated the crowd of car lovers at about 250 people and said COVID-19 rules were well-respected by the visitors.

The weekend cruise night was planned by Eazy Cruisers members as a substitute for the club’s annual car show, which was canceled in 2020 and 2021.

“We figured instead of doing a show, we would do something smaller,” the club’s president explained. “It’s a lot less work and it was a nice area (to hold it).”

The Eazy Cruisers Street Club is hoping to return to its regular car show in 2022 and return to its normal location at Alexandria Island Park.

“We will have to see how things play out,” Johnson said. 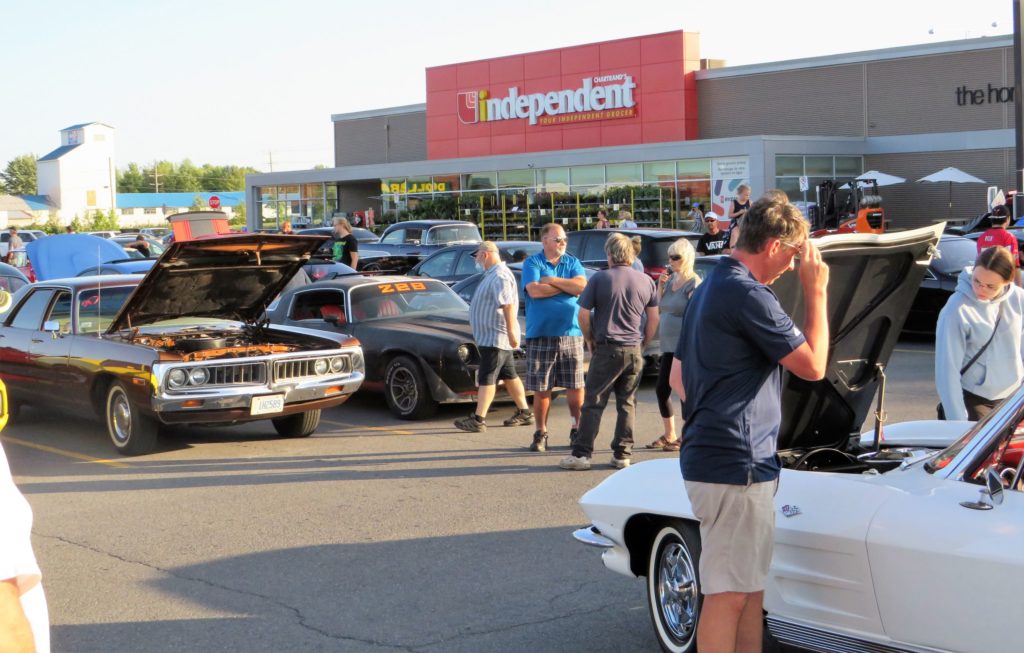 An estimated 250 car lovers turned out to see the classic and antique vehicles on display. Photo by Scott Newton 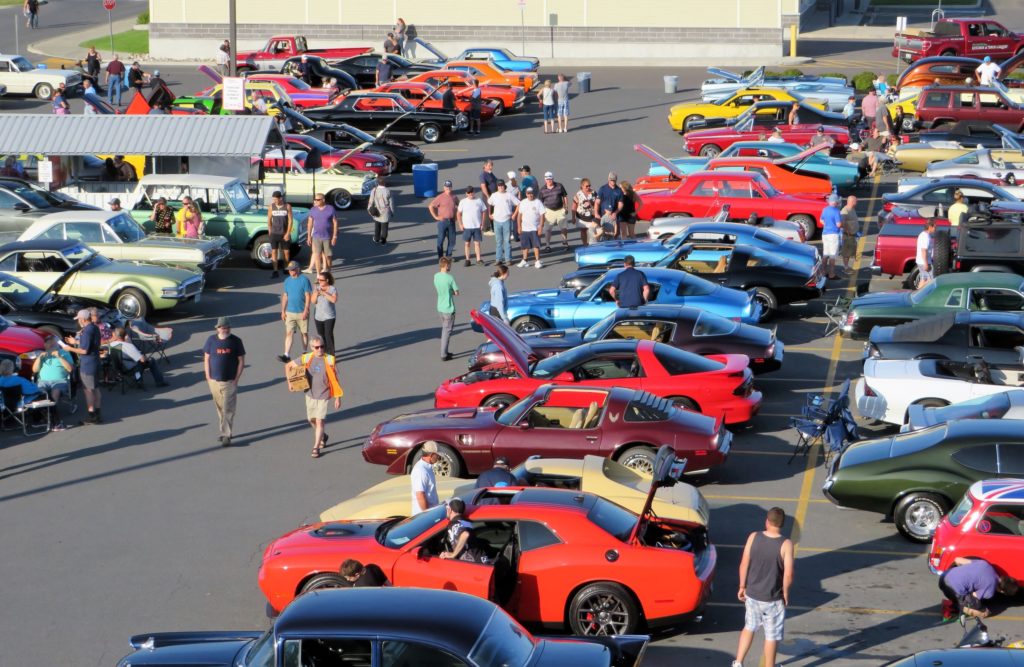