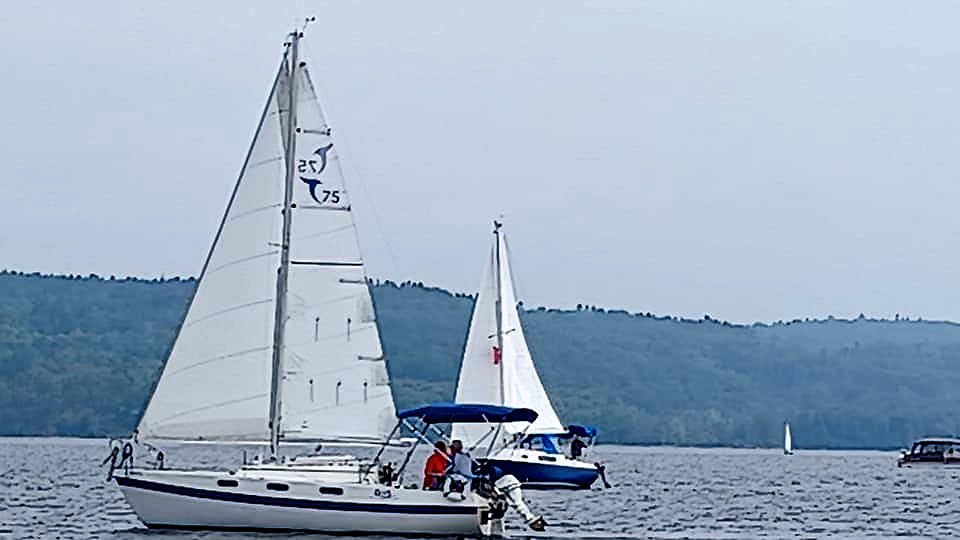 A total of 10 sailboats took part in the first annual Riverest Regatta on Saturday, August 7. Photo by James Morgan

The residents of Lalonde Street and Bay Road in L’Orignal were treated to the visual display of 10 sailboats negotiating a 2.2-kilometre-long triangular race course this past Saturday, August 7, as the First Annual Riverest Regatta was held in the Baie de L’Orignal.

Following a brief rain shower, the starting horn sounded, as planned, at 11 a.m. With a light breeze of five knots from the south west, the winning boat, ‘Evergreen’ – a Tanzer 22 crewed by Kevin Jonasson and Susan Thompson – crossed the finish line 1 hour and 24 minutes later. Second place was awarded to André and Louise Berdnikoff on their Colgate 26 ‘Smile’. In third place were Robert Berthiaume and Sabrina Martinez on a Tanzer 7.5 ‘Berso’.

After returning to the marina, the crews gathered on the Riverest patio, where they celebrated the success of the day and eagerly discussed plans for the future. 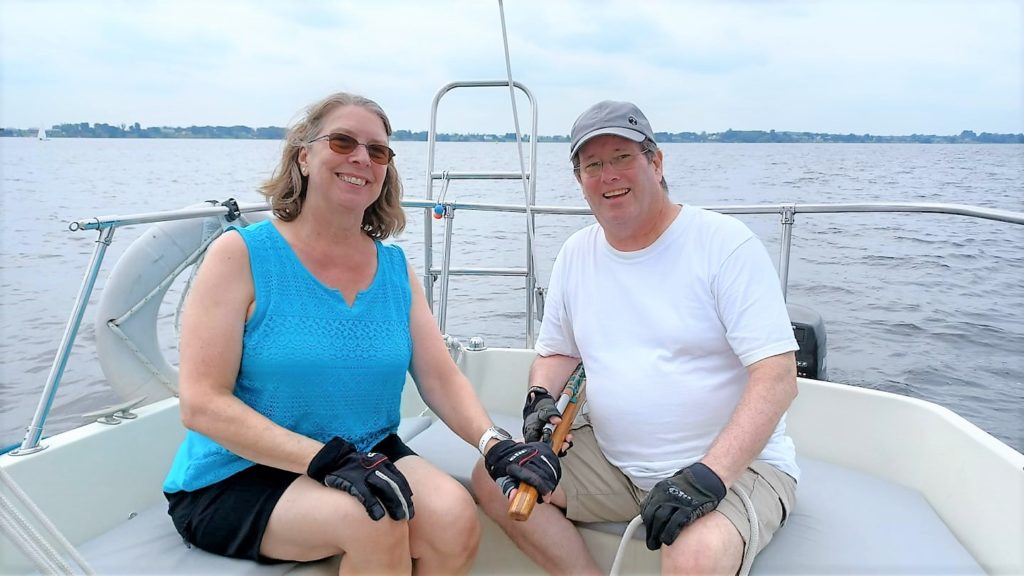 The winner of the first ever Riverest Regatta was ‘Evergreen’, captained by Kevin Jonasson and Susan Thompson. Review journalist James Morgan had had the honour of being aboard this fine 22-foot Tanzer sailboat. Photo by James Morgan