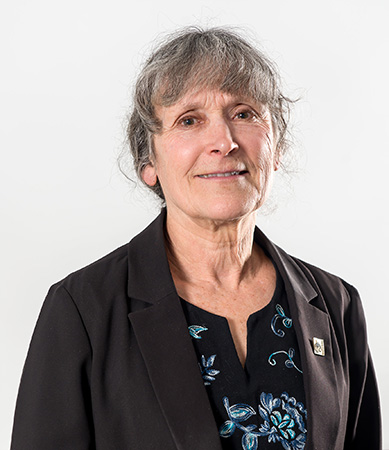 The Mayor of Brownsburg-Chatham has been suspended for 45 days by Québec’s municipal ethics agency, the Commission municipal du Québec (CMQ).

On August 2, the commission found Mayor Catherine Trickey had violated the municipal code of conduct and ethics, because she had discussed the dimensions and technical details of a new harbourmaster’s office being constructed at the municipal marina with a representative of a company that was eligible to obtain a construction contract for the project.

The complaint to the CMQ resulted from the complaint made to the Sûreté du Québec on March 25 by resident and frequent adversary Martin Charron, that Trickey had allegedly wanted his legs broken. Trickey was questioned by police and received a letter dated June 28 from the SQ stating the file had been forwarded to an attorney, who studied it and determined not to pursue criminal proceedings against Trickey, because it was impossible to find proof without reasonable doubt that any wrong had been done. During the SQ investigation, Trickey delegated her responsibilities as mayor to Councillor Kévin Maurice.

The individual with whom Trickey had the conversation in May regarding the work on the harbourmaster’s office was Réjean Dunn, the same individual whom she had spoken with about harming Charron. The CMQ investigation identified Dunn had suggested to Trickey that she speak with the owner of a prefabricated building business in the Lac St-Jean region by telephone while Dunn was present. During the telephone call, Trickey discussed the design and other details of the building the town was planning to construct, and the bidding process for the contract.

Trickey admitted she had acted in error and CMQ Administrative Judge Thierry Usclat ordered the mayor be suspended from her duties for 45 days, effective Wednesday, August 4. With the suspension beginning on that date, Trickey was still legally permitted to preside over the August 3 Brownsburg-Chatham town council meeting.

Charron, who ran for mayor in 2017 and lost to Trickey, attends most council meetings and regularly speaks during the question periods. During a lengthy preamble to a question at the August 3 meeting, Trickey attempted to block Charron from speaking because there was no apparent question being asked.

“This is important to the citizens of the municipality!” Charron shouted back.

Another citizen asked Trickey if she thought the CMQ’s decision was justified.

“I accept it,” she replied. The citizen attempted to ask again about the justification for the CMQ’s decision.

“The judgement has been made,” Trickey responded, and said she would be making no further comment about the decision.

The 45-day suspension is the second sanction Trickey has faced from the CMQ since being elected in 2017. On July 31, 2019, she was suspended for 18 days when she authorized municipal legal expenses without the consent of council.