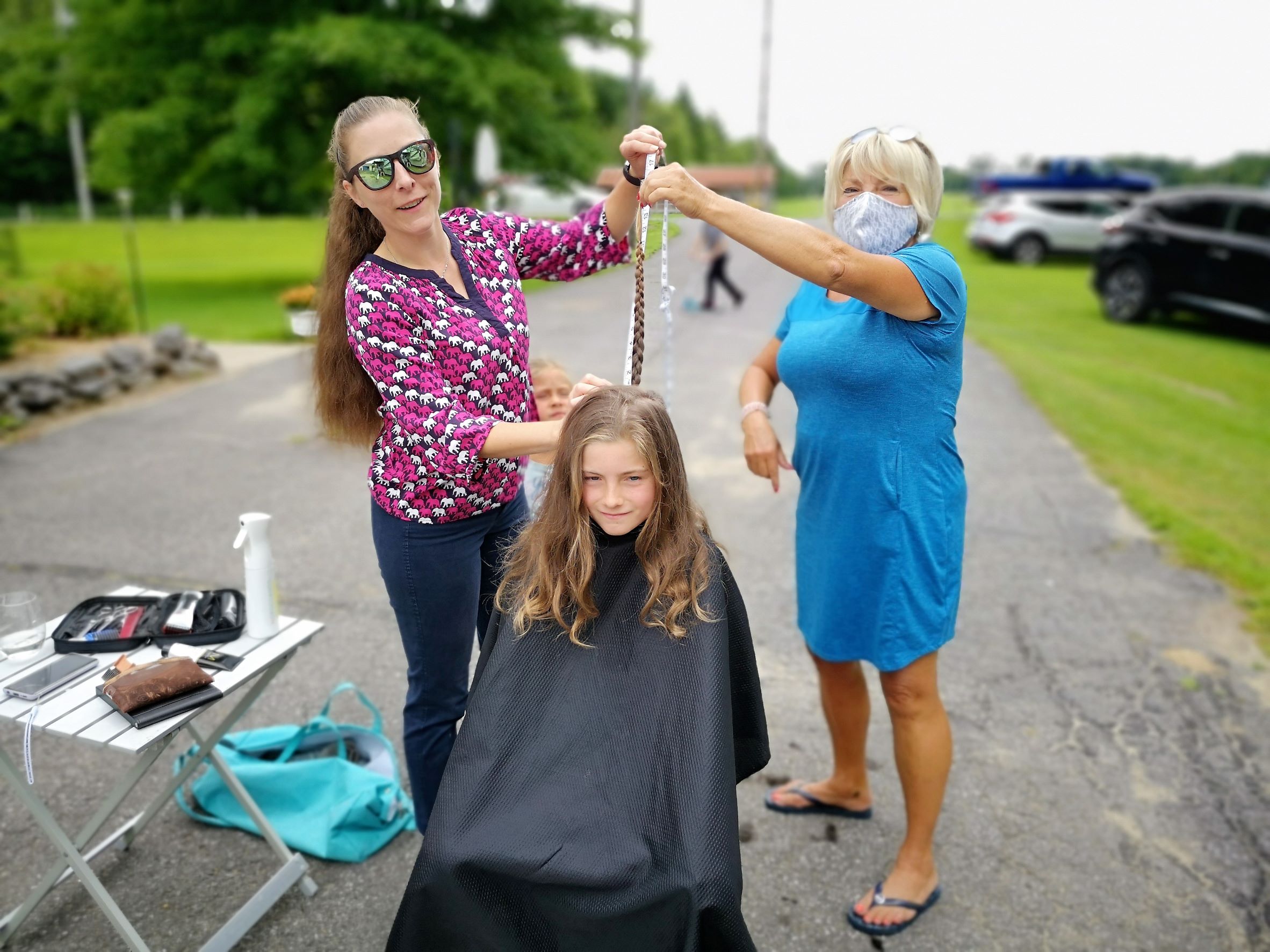 William Lémans Dicaire has his locks measured by mom Manon Lémans and hairstylist Nicole Lanthier, prior to the Champlain youth’s haircut for Hair Donation Ottawa on Saturday, July 31. William’s hair will be used to make wigs for cancer patients. Photo by Reid Masson

William Lémans Dicaire can finally get out of the pool and not have to wait an hour for his hair to dry.

The Champlain youth had his exceptionally long locks trimmed on Saturday, July 31, as he donated more than a foot of hair to help make wigs for cancer patients. A separate fundraiser for the Children’s Hospital of Eastern Ontario (CHEO) Les Cheveux de William (William’s hair), has raised a total of $2,350 for the hospital, with funds still coming in.

The nine-year-old son of Frederic Dicaire and Manon Lémans of Champlain Township is donating his locks to Hair Donation Ottawa. As an added bonus for the organization, William’s mom Manon decided to have her hair cut as well by hairstylist Nicole Lanthier, owner of Multicoupe in Hawkesbury.

“At the end, I decided to also cut my hair today.” Manon explained of her last-minute gift to Hair Donation Ottawa. “It made William very happy.”

William’s hair donation and fundraising efforts for CHEO were inspired by his uncle Nicholas Dicaire, who has grown out and then cut his hair for cancer patient wigs twice.

The Les Cheveux de William fundraiser includes a note from his parents that their son is a very sensitive young man who thinks a lot about the well-being of other children.

Anyone who would like to donate to help William in his quest to support the Children’s Hospital of Eastern Ontario can still make a donation to the Les Cheveux de William fundraiser on the CHEO website. 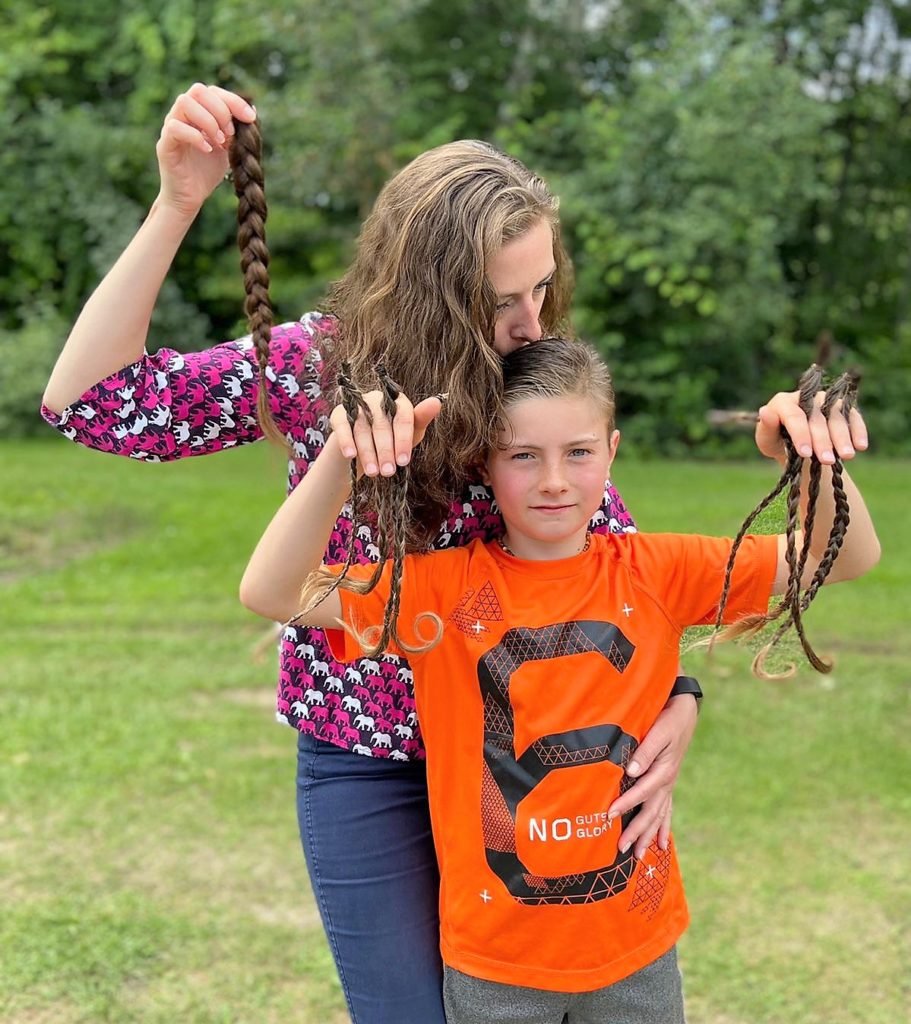 Manon Lémans and her son William celebrate with their donations, after each had their long hair cut to donate to cancer patients through Hair Donation Ottawa.