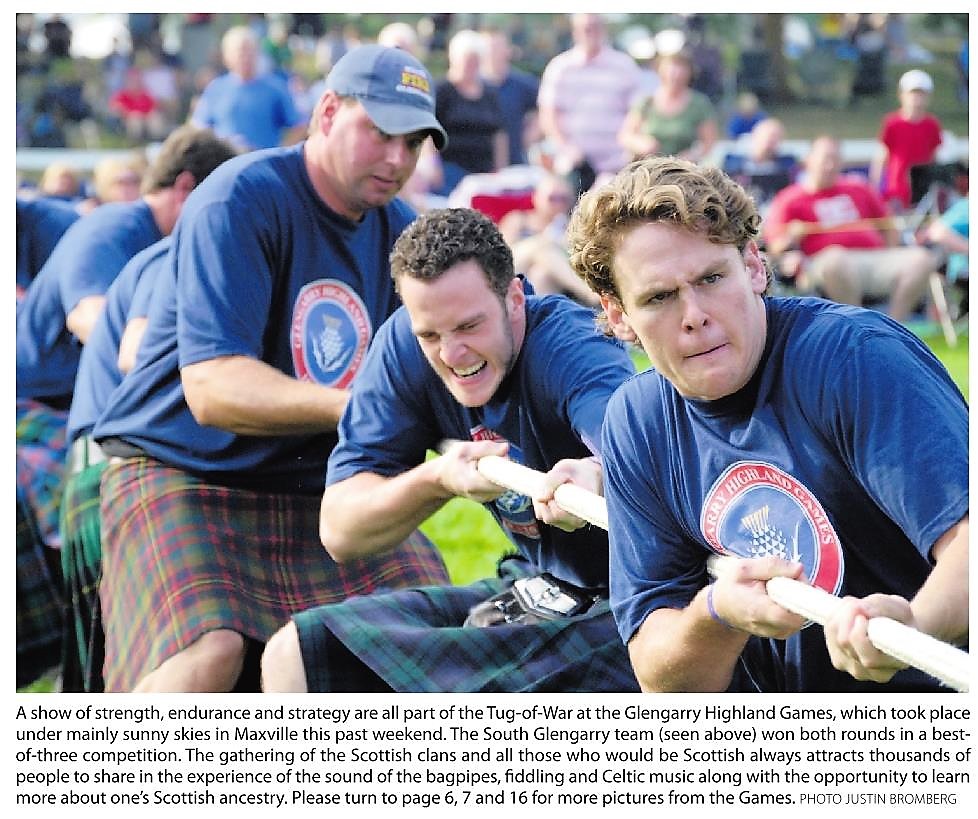 Photo of the 2011 Glengarry Highland Games from the August 3, 2011, edition of The Review. Click on the photo for the full caption as it appeared in the original edition. Archive photo

10 Years ago
Players invited to all-night softball game
The Review, August 3, 2011 – VANKLEEK HILL – A group of local residents has banded together to organize a 12-hour charity softball game in Vankleek Hill, with the goal of raising funds for Champlain Minor Sports. The game is being held at the baseball diamond in Mill Street Park on August 13 and 14.

25 Years Ago
K&W Assaly store closing
The Review, August 7, 1996 – HAWKESBURY – More than a half-century of downtown Hawkesbury history will come to an end this fall, as K&W Assaly closes up shop. The 56-year-old clothing store, which tried to shift markets last year in a bid to keep up with the time, is liquidating its stock of men’s wear and women’s bridal wear. Owner Corey Assaly said the store could close for good at the end of September.

50 Years Ago
Highland Games scores triumph
The Review, August 4, 1971 – MAXVILLE – More than 16,000 visitors attended last weekend’s Glengarry Highland Games, marking the largest crowd ever for the event. A total of 41 bands thrilled the crowd. The games continues to grow each year and this year’s event shows there is no end to the appetite for this type of entertainment in our region.

75 Years Ago
Birth of Health Unit for Prescott and Russell
The Review, August 1, 1946 – PRESCOTT AND RUSSELL – A most beneficial project has been launched from Ontario’s Provincial Health Ministry in conjunction with the United Counties of Prescott and Russell. The new unit will be similar in structure to the 11-year-old unit in Cornwall.

125 Years Ago
Bicycle rentals now available
The Review, August 7, 1896 – VANKLEEK HILL – Mr. Hugh Duncan on Thursday received two new Brantford ‘Blackbird’ bicycles, which he will keep for hire at very reasonable rates. The bicycle livery is becoming quite an institution in the western part of the province and the establishment of one at the HILL adds another point to our record as being a progressive town.