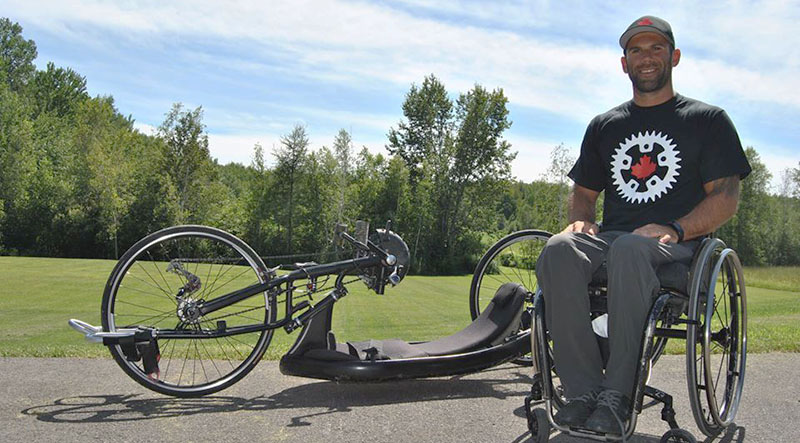 Joey Desjardins has qualified for the Tokyo Paralympics.

Hawkesbury’s Joey Desjardins will be taking his handcycle to Toyko after being named to Canada’s Para-cycling team for the Paralympic Games.

“Lots of uncertainty over the past year, but finally it came together for me,” said Desjardins, who found out he had qualified two weeks before it was officially announced. “I’ve received lots of nice messages of support.”

Desjardins, who has a Hawkesbury address but actually resides within Champlain Township, will train with his coach and Canadian cycling teammates at Cycling Canada’s training facility in Bromont, Quebec, until the games begin, before heading to Toyko.

Canada is taking five male and four female cyclists to the Paralympic Games, most of whom will be competing in their division as the sole representative for their country. The exception is in the Men’s H3 category, where Desjardins will compete along with two teammates he has been battling with for years.

“We know each other really well and we train all the time together,” explained the Vankleek Hill athlete, noting Canada is very strong in the category and the three competitors are also good friends. “Since the beginning we’ve been battling it out against each other and at the same time trying to build a (team).”

The extensive experience the three have in competing with each other will provide an advantage for the trio, Desjardins said, particularly in the road race, where they have spent a great deal of time working together as teammates.

“In the time trials everybody is against everybody, so in one aspect we try to beat each other in every time trial,” Desjardins says of the bond between the three. “But then during the road race we try to work together.”

“It’s a hard dynamic to adjust to, but it’s come a long way with us. I think we’re the only country sending more than one athlete in our category, so it’s going to be a nice advantage.”

The H3 group in which Desjardins competes has the greatest number of entries of any division and is considered the most competitive category in para cycling.

The level of competition and dream of Paralympics competition was not even on the radar when Desjardins first took up the sport of handcycling after his injury in a motorcycle accident in 2009. He rode for fun up until 2013 “because I loved to do it”, before beginning to attend competitions after he discovered there was a national team. It was then the budding para-athlete met with coaches and trainers who gave him advice on how to progress to the next level.

The married father of two young girls has received tremendous support along his journey from his wife Vanessa and two daughters Stella and Zayla. Desjardins has also been helped along the way by his many sponsors, all of whom are listed on his Facebook page.

“There have been a select few who have been with me from the very beginning,” said Desjardins of his sponsors, taking a moment to make special mention of Hawkesbury physician John Fairfield. “Dr. Fairfield kind of kick-started this whole thing back in 2014 when he surprised me with a handful of people who got together and bought my first racing bike.”

“He got the sponsors on board with Doug Kego, and the Rotary and Clement Construction. That’s the core that got the ball rolling and believed in me then. It’s been quite the journey.” 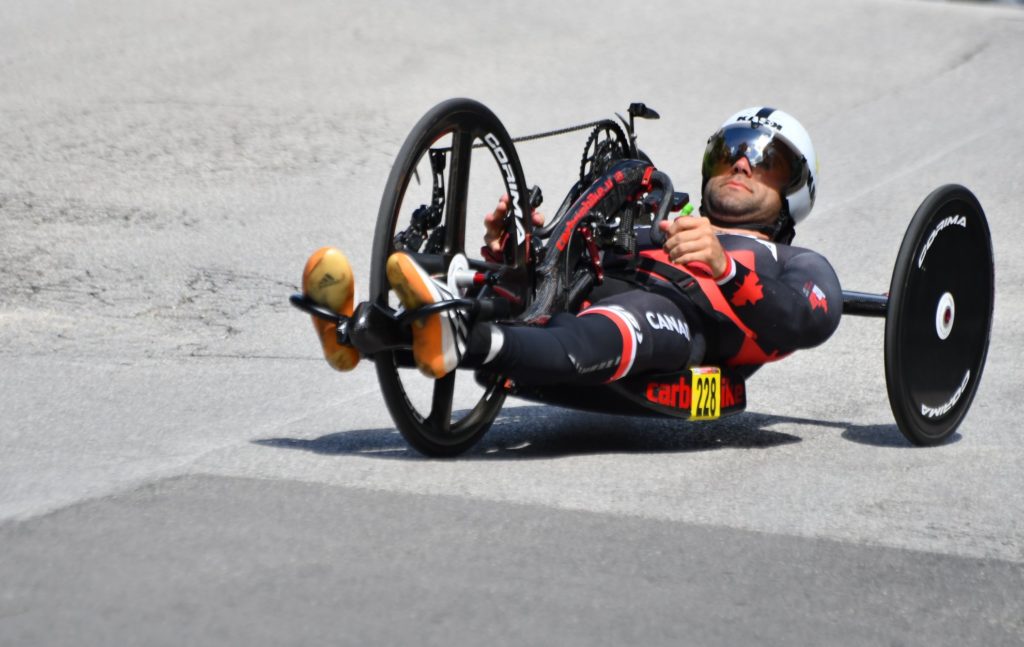