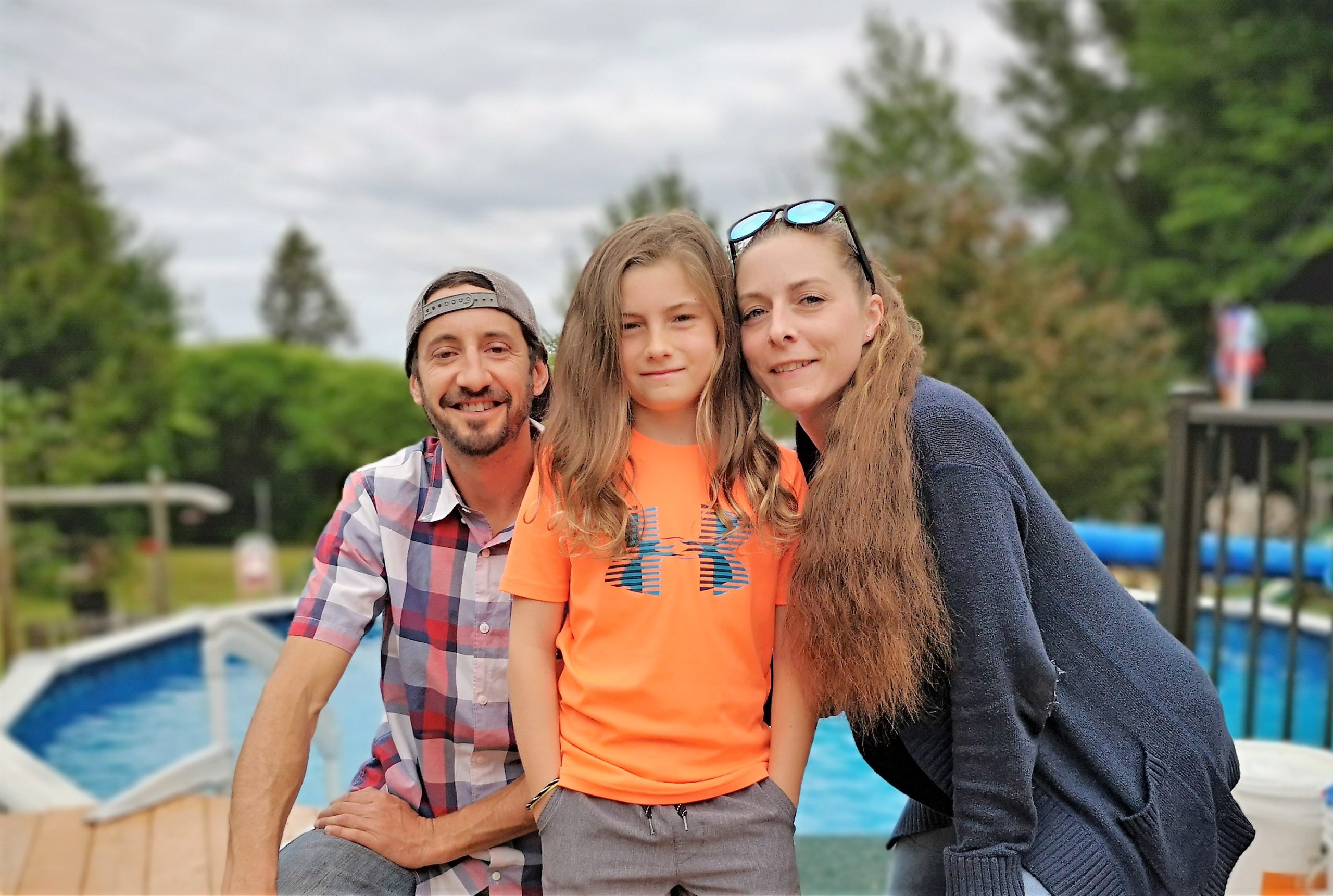 Nine-year-old William Lémans Dicaire with his father Frederic Dicaire and and mother Manon Lémans. The Champlain Township youth has been growing his hair out for more than two years and will soon be having it shorn to make wigs for cancer patients at the Children’s Hospital of Eastern Ontario. Photo by Reid Masson

Nine-year-old William Lémans Dicaire will be trading in his long hair for a shorter cut this summer, as he completes a personal project with the Children’s Hospital of Eastern Ontario (CHEO) to help make wigs for cancer patients and raise funds for the hospital.

Les Cheveux de William (William’s hair), is a fundraiser set up by William and his parents Frederic Dicaire and Manon Lémans of Champlain Township. The fundraiser for CHEO will end in mid-July, after which young William will have his shoulder-length hair cut off to make wigs for cancer patients through Hair Donation Ottawa.

“I’ve been letting my hair grow for over two years,” says William, who will not be going completely bald after his trimming. “I will leave myself a little bit of hair.”

Les Cheveux de William has already raised more than $1,200, shattering its initial goal of $1,000. Donors can still contribute to the fundraiser and William and his parents are hoping to raise as much as possible for CHEO.

While he has gotten used to his long hair and will miss it somewhat, William admits it will be a relief to finally get a haircut, particular during the warm days of mid-summer.

“It’s hot and it takes a long time to dry after I get out of the pool,” the young fundraiser says.

William’s Hair for Wigs and fundraising efforts for CHEO were inspired by his uncle Nicholas Dicaire, who has grown out and then cut his hair for cancer patient wigs twice.

The Les Cheveux de William fundraiser includes a note from his parents that their son is a very sensitive young man who thinks a lot about the well-being of other children.

“It’s a very generous thing for him to do,” says proud father Frederic. “William is always thinking of others.”

Anyone who would like to donate to help William in his quest to support the Children’s Hospital of Eastern Ontario can visit the Les Cheveux de William fundraiser on the CHEO website.