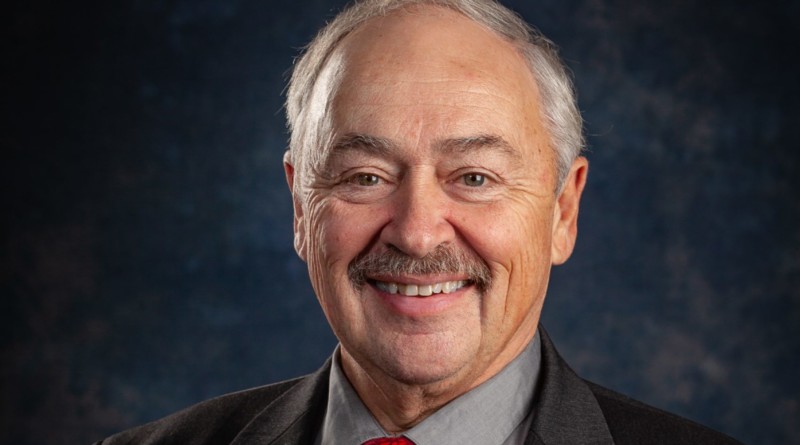 The City of Clarence-Rockland made a sad announcement on Saturday, July 3, as Mayor Guy Desjardins passed away at age 71, following a long illness.

On June 21, Desjardins had taken what was to be a three-month leave of absence from his duties as mayor. Deputy Mayor and Ward 7 Councillor Michel Levert was appointed to take over.

Desjardins was elected as a Clarence-Rockland Councillor in 2006, he was elected mayor in 2014, and re-elected in 2018. In 2016, Desjardins served as Warden of the United Counties of Prescott and Russell (UCPR). He was also a director on the board of the Association française des municipalités de l’Ontario.

Desjardins was known to many Vankleek Hill residents as the original owner of the Heritage Lodge retirement residence. Recently, he had been a vocal supporter of the UCPR providing financial support for the Centre d’acceuil Roger-Séguin long-term care facility in Clarence Creek. Desjardins had also expressed support for keeping the Prescott and Russell Recreation Trail open.

Ward 1 Councillor Samuel Cardarelli said it is difficult knowing his mentor and friend is no longer just a phone call away.

“Guy was a mentor to me in my first mandate as a city councillor. I sat beside him during council and committee meetings. He would nudge me to speak up and share my opinions or concerns when I was too shy to do so at first. He helped and guided me through the proper etiquette during council meetings.”

Cardarelli said Desjardins enjoyed a laugh and showed genuine interest in others’ lives.

“He would always greet me with a great big smile with a joke or two and ask how my family and the boys were doing. He truly cared for everyone.”

Glengarry-Prescott and Russell Member of Provincial Parliament Amanda Simard offered her sympathies to Desjardins’ family in a Twitter message on Saturday.

“Guy, thank you for your work, your contribution to public life, your community service. We will always be very grateful, and we will never forget you,” Simard said.

In February 2020, Desjardins had downplayed rumours he was considering entering provincial politics.

Desjardins was predeceased by his wife Donna. He is survived by his daughter Tanya, sons Christian, and Jason, five grandchildren, and partner Aline.

A wake for Guy Desjardins will be held on Wednesday, July 7 from 1 p.m. to 4 p.m. at Théo Brunet and Sons Funeral Home at 2419 Laurier Street in Rockland. Due to COVID-19 restrictions, attendance at the wake is limited and must be reserved by calling the funeral home at 613-446-4691.

A private family funeral service for Guy Desjardins will take place on Thursday, July 8 at 11 a.m. at St-Pascal-Baylon Church. A funeral procession will go from funeral home to the church at 10:15a.m.