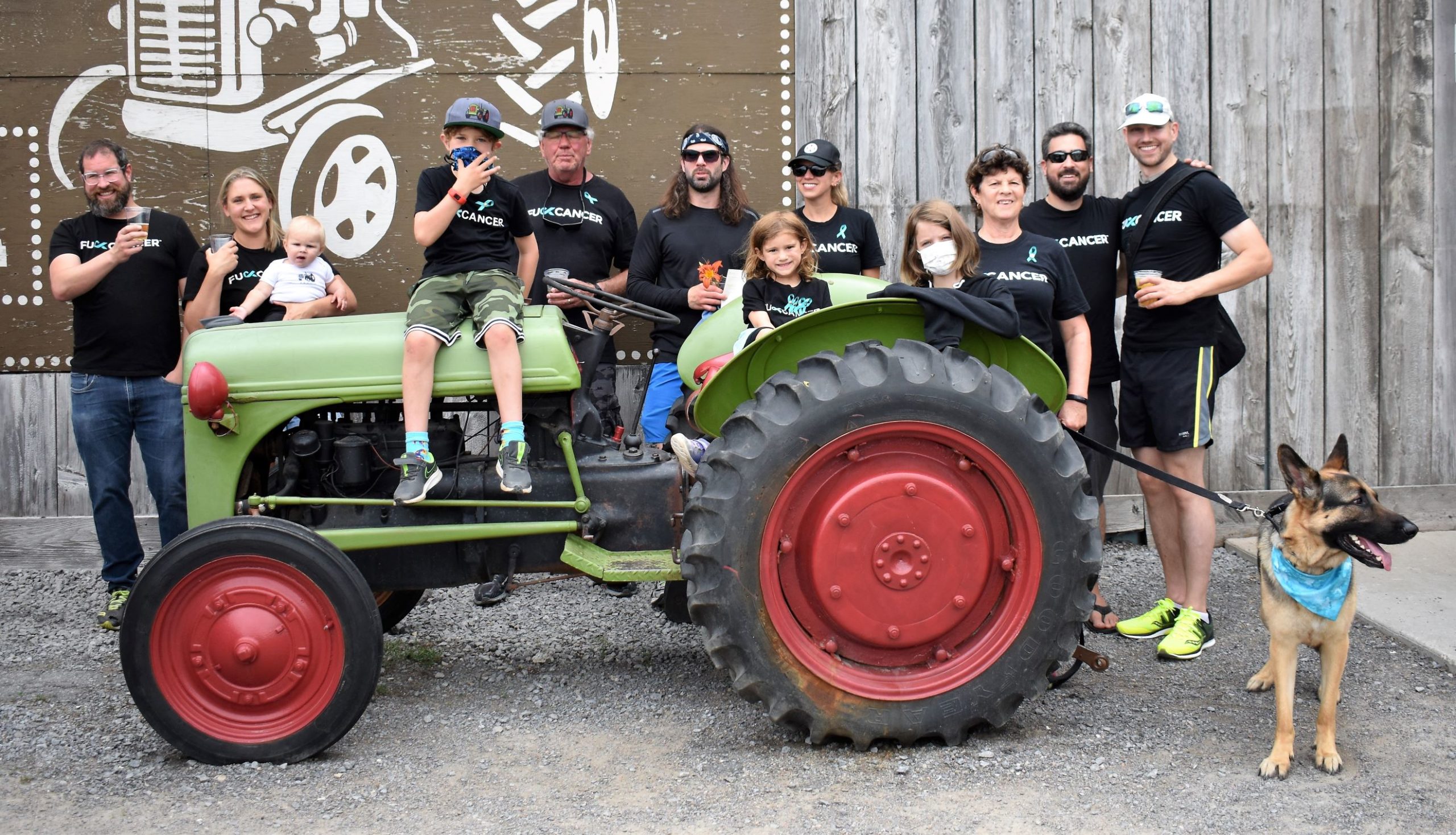 Members of the Cowan and Courtois families were joined by Steve Beauchesne and his family at Beau’s Brewery on Saturday, July 3, 2021, to celebrate the success of the annual Beau’s 5K for Ovarian Cancer Canada. The 2021 virtual event raised more than $53,000. Photo by Stéphane Bourgeois

The virtual Beau’s 5k for Ovarian Cancer Canada has done it again, raising more than $53,000 and smashing its fundraising goal of $45,000 thanks to a sea of last-minute entries.

The total from the virtual run on Saturday, July 3, brought the funds raised by the annual event to more than a quarter-million dollars since it was first held six years ago. After a bit of a slow start, organizers were flooded by last-minute entries in the final week of the event, easily topping the goal.

“I’d love to see a graph of it, but it definitely ramped up in the last four days,” said Jennifer Beauchesne, of Beau’s All Natural Brewing Company. “We went from $35,000 and were thinking ‘that’s still good’, to ‘boom, we crushed it’.”

This year’s event was the second time the Beau’s 5K has been held as a virtual run. Last year’s event raised $45,000.

“It feels good – we’re not writing a cheque, but we’re the conduit,” said Beauchesne, of the funds raised by the brewery’s event for Ovarian Cancer Canada.

This year’s run saw a total of 219 participants. The bulk of runners and walkers were from the Vankleek Hill area, but the event was also boosted by entries from other parts of Canada and the United States. As in 2020, instead of coming to the brewery, participants were asked to run or walk their 3K, 5K and 10K distances safely, in their own neighbourhoods or at home.

One bonus this year was that the brewery’s patio was open to welcome local participants for a beverage after the event. Organizers are looking forward to having the patio full in 2022 as the event returns to its regular format.

“We were able to have some people come down to the brewery and have a beer, which is more than we could do last year,” Beauchesne noted. “It just felt a lot more upbeat this year, with a lot of hope towards getting together for next year.”

The Beau’s 5K for Ovarian Cancer Canada is held each year in memory of Vankleek Hill’s Ashley Courtois (Cowan), whose friends and family started the race when Ashley was diagnosed with the disease in 2015. Ashley passed away from her cancer in 2018, but the race has carried on in honour of her strength and spirit, and her love of running.

“It is awesome to have this kind of community,” said Beauchesne, of everyone who pulls together to take part in the annual event.