This Week in Local History – July 7, 2021 – The Review Archives – Disastrous fire in Alexandria 100 years ago 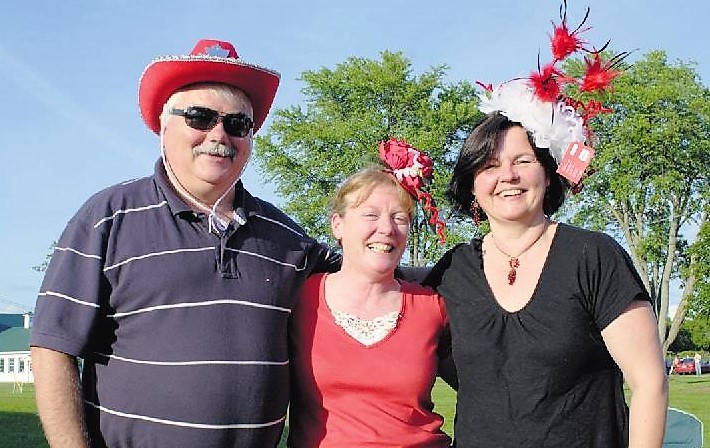 10 Years ago
Fire destroys VKH convenience store
The Review, July 6, 2011 – VANKLEEK HILL – The hole left by a raging fire on Vankleek Hill’s Main Street is hard to miss. A 2 a.m. blaze ripped through the S&S Enterprises convenience store at 39 Main Street on Monday, July 4. No one was injured as a result of the blaze. Damage is estimated at about $800,000. A ladder truck from the Hawkesbury Fire Department, which was able to shoot large amounts of water on the roof, helped to bring the fire under control.

25 Years Ago
User-pay garbage system studied
The Review, July 3, 1996 – PLEASANT CORNERS – A user-pay system, whereby residents would be charged $1.50 for each garbage bag they left at the curb, would help make local waste-management programs self-sufficient. With 8,998 households in Hawkesbury, Vankleek Hill, L’Orignal, Longueuil, East Hawkesbury and West Hawkesbury, the fee would generate $1,403,688 annually.

75 Years Ago
One killed, two injured as train hits truck
The Review, July 4, 1946 – CURRAN – One man was killed and two others injured when a fast Canadian Pacific Railway freight train struck a truck at Booth’s crossing on the Ottawa-Montreal line, about two miles west of Curran, shortly after 3 p.m. on Saturday. Real Charlebois, 29, the truck’s driver, was killed instantly, while train’s engineer and fireman both suffered burns to the face in the accident.

100 Years Ago
21 families lose homes in Alexandria fire
The Review, July 1, 1921 – ALEXANDRIA – A disastrous fire swept the southwest section of Alexandria last Thursday, destroying 21 frame dwellings and one store, and rendering many families homeless. With such rapidity did the flames make their way through the district known as Johnstown, that firemen were utterly unable to cope with them. The loss is estimated at approximately $50,000, with insurance practically nil.

125 Years Ago
CPR Montreal-Ottawa railway progressing
The Review, July 3, 1896 – HAWKESBURY – The surveyors who are making a final location for the Montreal-Ottawa railway line, are expected to complete the survey to Alfred this week. The plans will then be submitted to the CPR authorities, which will select one of the different lines. We understand the residents of Hawkesbury and L’Orignal are prepared to put up a handsome bonus to have the line pass through their towns.