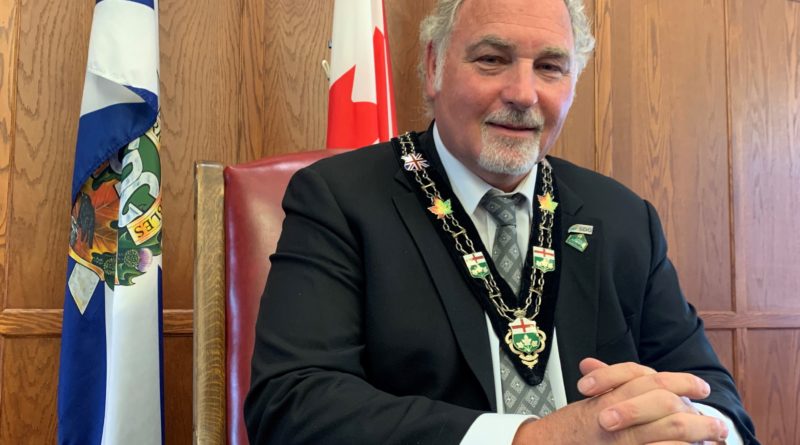 Allan Armstrong will serve as Warden of the United Counties of Stormont, Dundas and Glengarry for the balance of 2021.

Council for the United Counties of Stormont, Dundas and Glengarry have elected Allan Armstrong as the Warden for the balance of 2021.

Armstrong is in the midst of his first term as a Deputy Mayor of the Township of North Dundas and a member of Counties Council. Armstrong was previously a councillor in North Dundas, first elected in 2003.

“I am humbled that my colleagues around the Counties Council table saw fit to bestow this honour upon me,” Armstrong said following his election. “My goal as Warden is to help us navigate the next five months with a renewed focus on helping our residents and small businesses deal with the effects of the COVID-19 pandemic, while also fostering a positive relationship with our municipal neighbours, including the City of Cornwall.”

Armstrong replaces Frank Prevost, who was arrested and charged with multiple child luring offences by the Ontario Provincial Police (OPP) on June 8. In a special meeting on June 11, the Council of the United Counties of Stormont, Dundas and Glengarry voted to remove Prevost from his position as Warden.

During its regular meeting on June 21, Counties Council agreed to suspend its procedural bylaw and proceed with a vote, via secret ballot, to determine who would become the new Warden. Councillor Lyle Warden served as Acting Warden during the meeting.

At a future meeting Counties Council is expected to receive a report that will discuss a variety of topics related to the role of the Warden, including the length of the appointment and the role of Acting Warden. The 2022 Warden will be sworn in at a meeting in December.