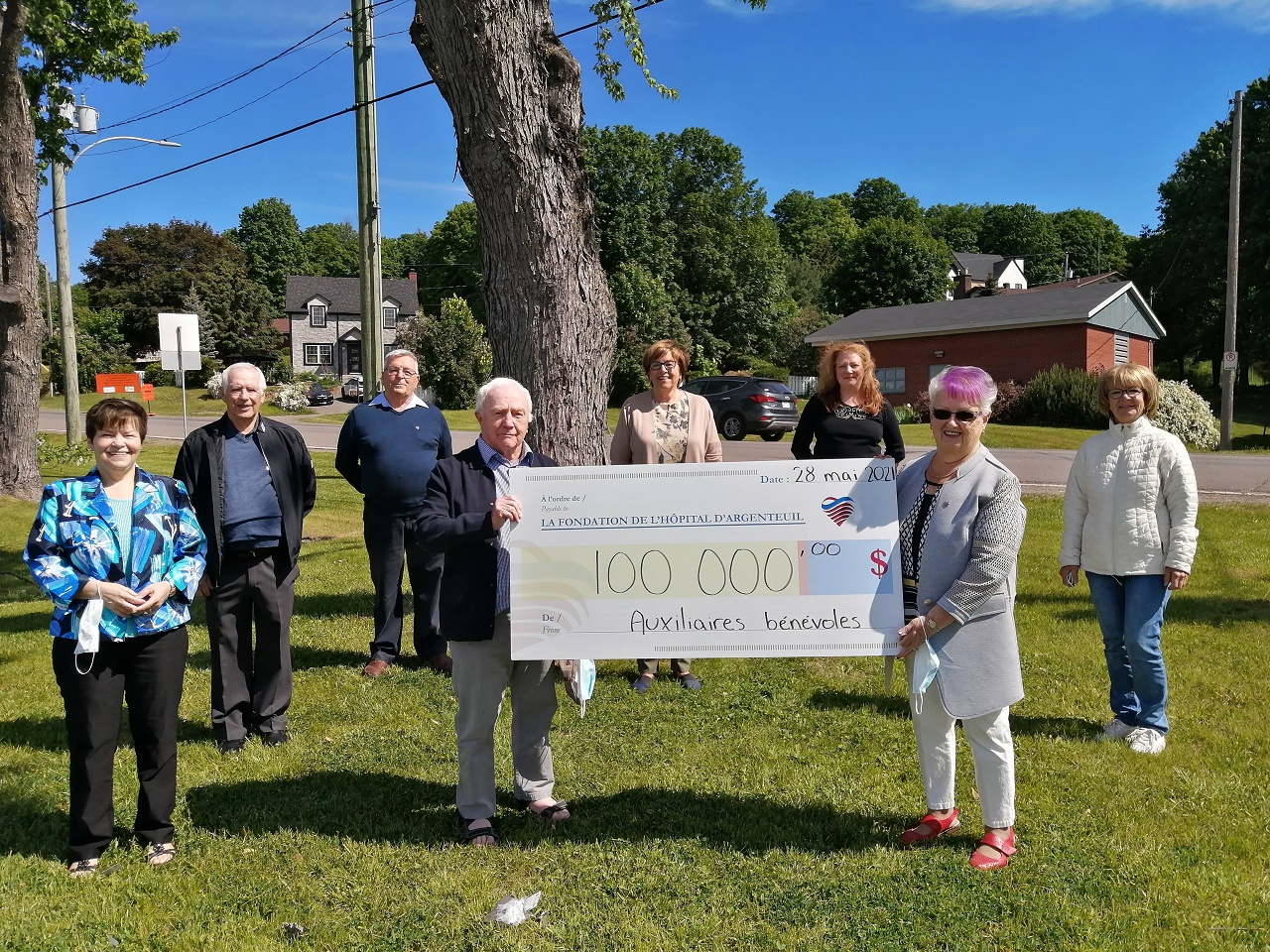 On June 9, the foundation officially announced that the auxiliary volunteers had first offered the $100,000 donation in November 2020.

During 2021 and 2022, the foundation is planning to use the donation for new medical equipment, including a new bladder scanner for the CHSLD long-term care facility. A new colonoscope and defribrilator have also been purchased.

The Auxiliary Volunteers Association has supported the Foundation for many years and the Argenteuil Hospital Foundation/Fondation de l’Hopital d’Argenteuil is extremely grateful for its continued support.