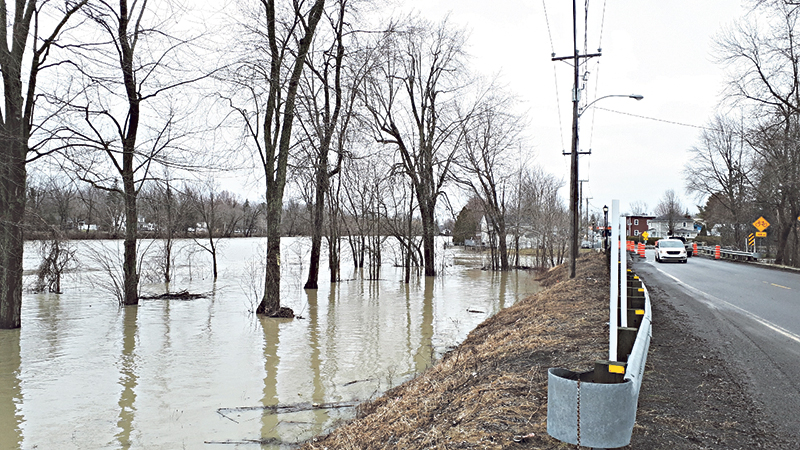 Regional municipalities along the lower Ottawa River in Québec have received a grant from the provincial government to update mapping of flood zones.

The announcement was made on June 8 by municipal affairs and housing minister Andrée Laforest that $490,000 will be shared jointly by the Municipalité régionale du comté (MRC) d’Argenteuil, MRC Deux-Montagnes, and MRC Vaudreuil-Soulanges, to update the maps of flood-prone areas in their territories and improve flood risk management.

This work will allow the regional governments to accumulate increased knowledge of flooding problems in their territory and contribute to better management of flood zones.

Areas of all three MRC’s along the Ottawa and du Nord rivers, and Lac des Deux-Montagnes were seriously affected by flooding in 2017 and 2019.

“The government is granting an additional amount to the MRC d’Argenteuil to update its mapping of flood-prone areas, ” said Argenteuil Member of the Québec National Assembly, Agnés Grondin. “It will be better equipped in responsible occupation of its territory to ensure the security of its population, but also to reduce the ecological and financial impact of climate change upon its communities.”

The grant is part of the implementation of the Québec government’s territorial flood protection. An additional $8-million grant will be distributed to all municipal organizations that already received financial support in 2018. The remaining amounts will be paid in the 2021-2022 and 2022-2023 fiscal years.