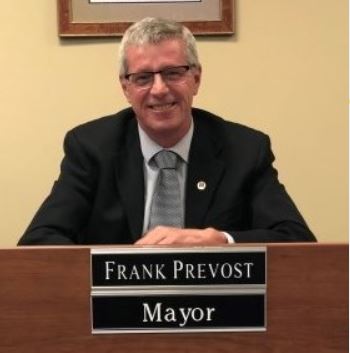 SDG Warden Frank Prevost is seen in this photo taken from the South Glengarry website.

Frank Prevost, Mayor of South Glengarry and Warden of the United Counties of Stormont, Dundas and Glengarry, has been arrested and charged with multiple child luring offences by the Ontario Provincial Police (OPP).

The OPP’s Child Sexual Exploitation Unit (CSEU), Stormont, Dundas and Glengarry OPP, Grenville OPP along with OPP Digital Forensics investigators announced June 9 that they had arrested and charged a resident of Cornwall with Child Luring offences after an online undercover operation. On June 8, 2021, 53-year old Frank J. Prevost of Cornwall was arrested and charged under the Criminal Code with three counts of Luring a Child, contrary to section 172.1(1)(b) of the Criminal Code.

As a result of a separate investigation involving an adult victim, the accused has also been charged with one count of sexual assault, contrary to section 271 of the Criminal Code. The accused was held for a video bail hearing at the Ontario Court of Justice in Cornwall.

In its press release on the charges against Prevost, the OPP said it has seen an increase in online offender behaviour, by those persons intent on the sexual exploitation of children. As a result, members of OPP CSEU are actively conducting proactive online luring investigations to aggressively target these offenders.

The OPP is reminding parents to take a proactive approach to help protect their children from online sexual exploitation by speaking with their children regarding Internet safety. Parents and anyone interested in protecting children can find resources to assist them at www.cybertip.ca.

Anyone with information regarding this investigation, or who has information regarding Internet child exploitation, should contact the OPP immediately. If you wish to remain anonymous, you can contact Crime Stoppers at (TIPS) or 1-800-222-8477 www.ontariocrimestoppers.ca. Reporting information may also be made on the internet through www.cybertip.ca. 1-888-310-1122.