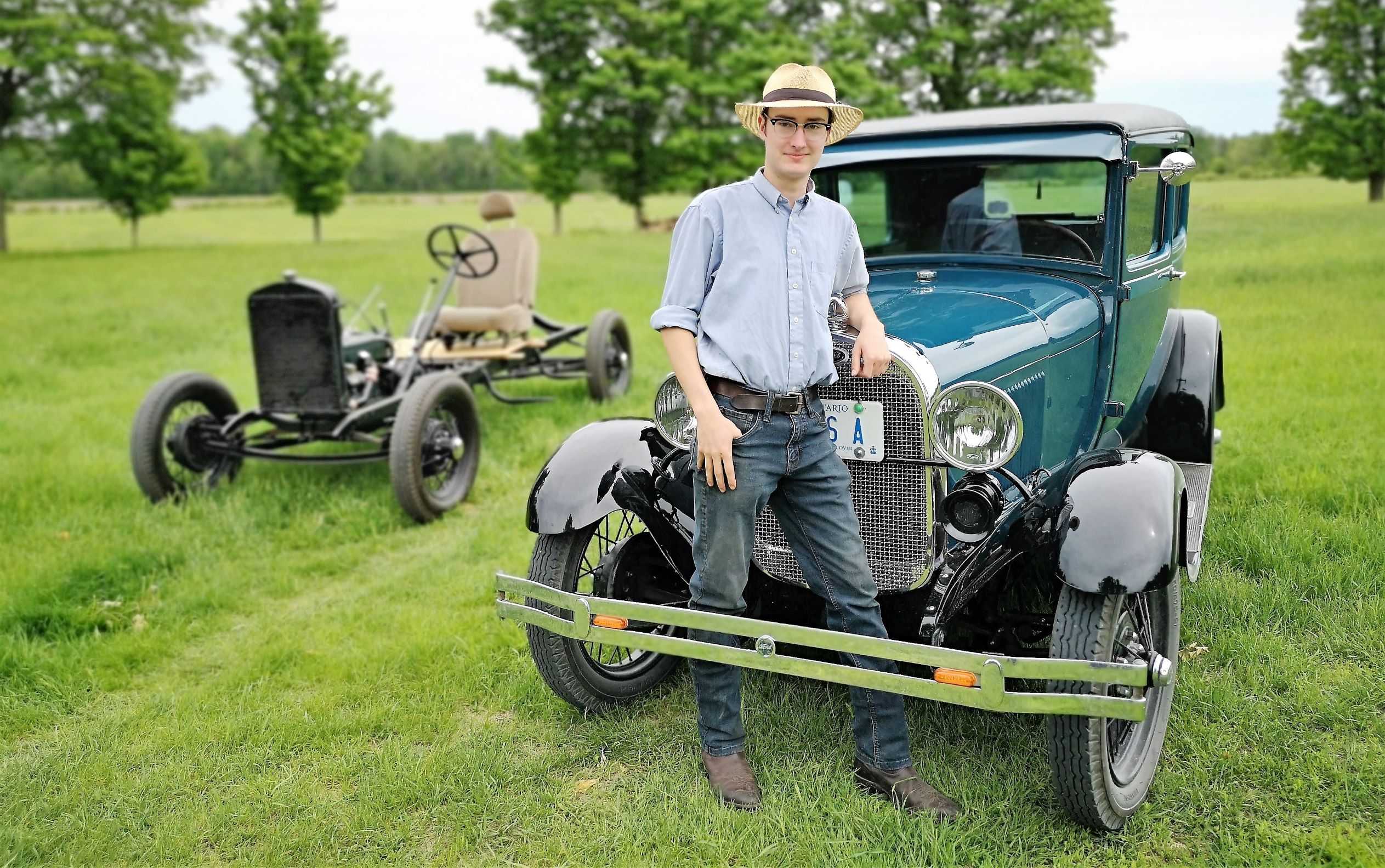 Vankleek Hill’s Clay MacWhirter with his newly acquired 1928 Canadian-made Ford Model A two-door sedan. In the background is the restortation project Model A which MacWhirter has been building over the winter and can now be driven around the property. Photo by Reid Masson

On schedule with his vintage Ford Model A restoration, Clay MacWhirter decided to take a quick shortcut.

The 22-year-old Vankleek Hill resident has been tooling around town recently in his newly-acquired 1928 Model A – a complete car that he purchased this spring from a seller in Brockville. The car has been added alongside his original Model A restoration project, which is also now a running vehicle – albeit without a body.

MacWhirter’s new Model A is a Niagara blue Canadian model two-door sedan that was rebuilt in 2010 and whose elderly owner put 78,000 miles on it, before deciding to put it up for sale this spring.

“He took it to Newfoundland for a 5,000-mile, five-week trip around the Rock,” says the vehicle’s young owner almost incredulously, adding he will be driving the vintage car regularly. “It’s not a show car, it’s a driver – I’ve already put 400 miles on it myself.”

MacWhirter’s original Model A project – which was just a jumble of assorted parts last autumn – has also come along perfectly on schedule. The plan was to have the frame, wheels and engine altogether to have the car able to be driven on private property in the spring and the car has already been taken for a few short drives. The long term project is to complete the car as a Model A pickup truck version, but finding a body could take some time.

MacWhirter was named as a winner of the 2020 Youth Restoration Award from The Model “A” Restorers Club and the Model A Club of America. With the award came a cash prize of $2,500 U.S. in gift certificates to go towards his restoration. 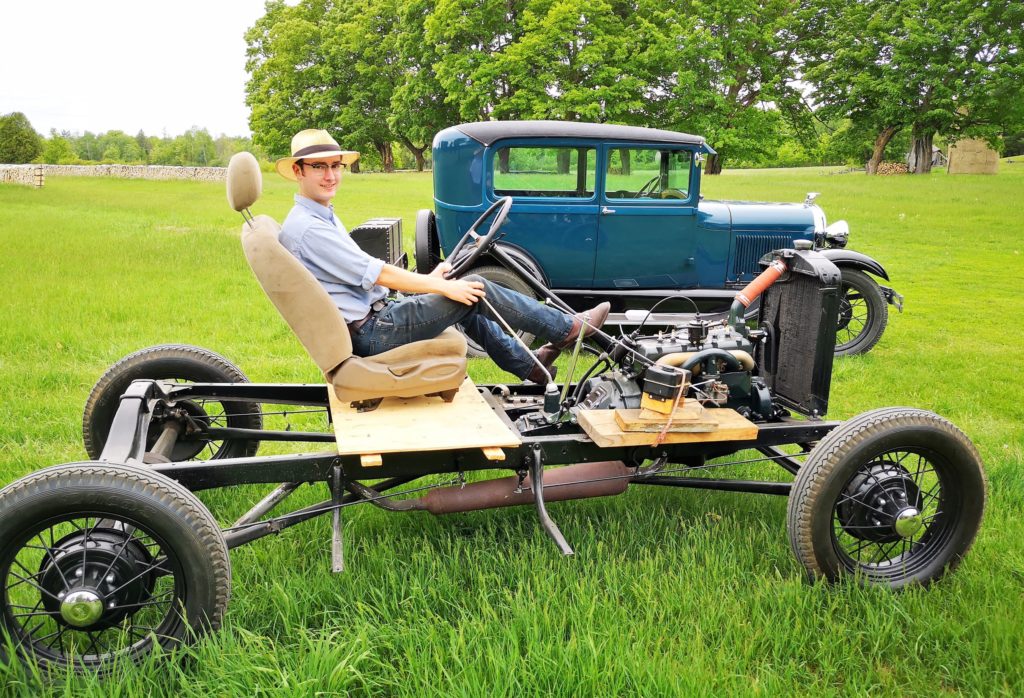 MacWhirter’s original Model A project – which was just a jumble of assorted parts last autumn – is still waiting for a pickup truck body, but has been built to the point where it is a running motor and frame. For those who are wondering… the seat is from a Ford Taurus. Photo by Reid Masson