La Roquette cooperative brings organic produce to Argenteuil and beyond 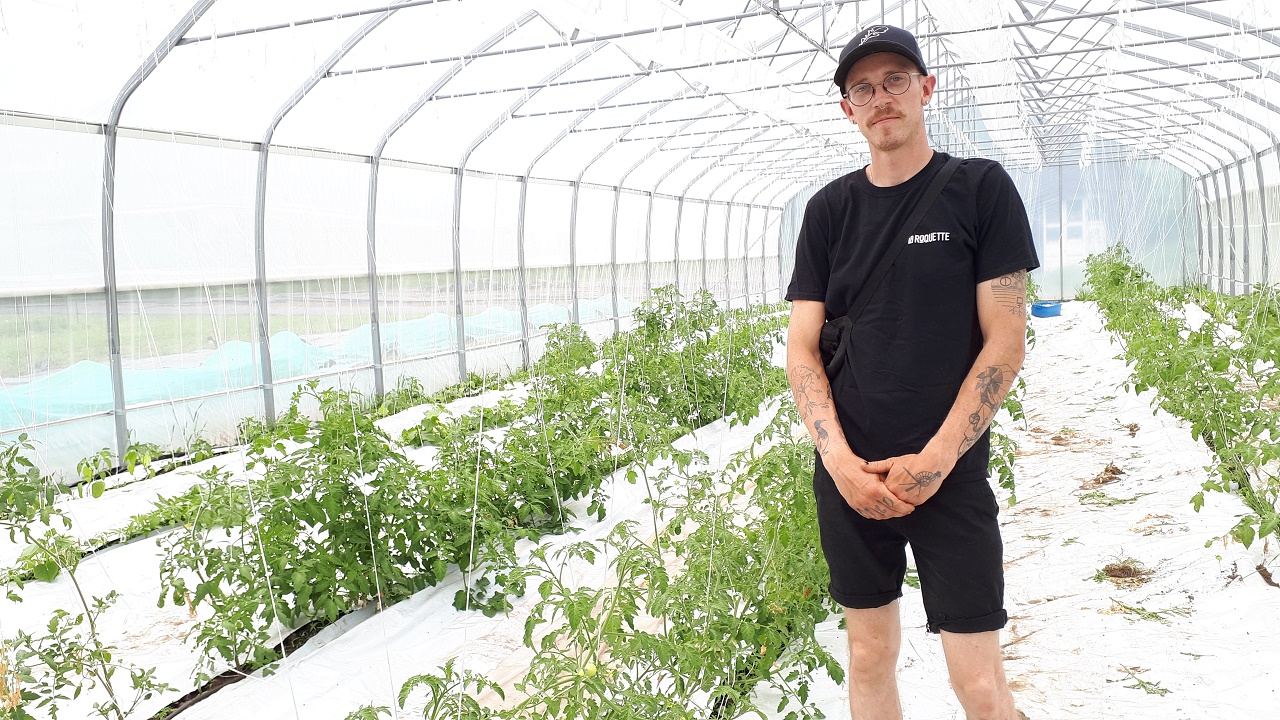 An old farm in Brownsburg-Chatham has returned to life.

Ferme La Roquette is a cooperative, organic farm, headquartered on Route 148 between Autoroute 50 and the Lachute town limit. The key word is cooperative.

“We’re all employees and bosses at the same time,” said Joel Alarie, one of the four members of the cooperative. The other members of La Roquette are Jean-Sebastien Lépine, Fréderic Turgeon-Savard, and Léandre Chagnon. The cooperative also has two employees, and the partners of some of the co-op members also assist with its work.

“I’d say it started six or seven years ago,” said Alarie, noting the cooperative’s members – who come from all regions of Québec – were all studying in Montréal when La Roquette began. “We all knew we wanted to start a co-op.”

While three of the members already knew each other, the idea began to take root once the four of them got to know each other while studying organic farming at the Institut national d’agriculture biologique in Victoriaville.

The main interest of La Roquette is growing fruits and vegetables, but Alarie also has an interest in raising ducks and pigs, having previously worked with Ian Walker at his Mariposa duck farm near Plantagenet, Ontario.

La Roquette originally considered locating in the Petite-Nation area of the Outaouais region, but after some market analysis studies, discovered Argenteuil was a good choice.

“We realized there were not a lot of farms selling vegetables to the north shore of Montréal,” said Alarie.

The MRC d’Argenteuil and town of Brownsburg-Chatham offered guidance and interest on having La Roquette set up in the area. Seed money—in the literal and figurative sense, was provided by the provincial and federal governments. ARTRERRE, an organization which assists people trying to enter agriculture, helped the cooperative find the land it uses. The four-hectare parcel of land La Roquette uses on Route 148 is rented from local organic grain farmer Raymond Jetté. Another six-hectare parcel is rented two kilometres away. The cooperative took over the organic cabbage growing contract for the owner of that property.

2021 is La Roquette’s second growing season. The cooperative is producing 40 varieties of vegetables and fruit for a 120-member community-supported agriculture (CSA) initiative which puts fresh, local fruits and vegetables on the tables of homes, restaurants, and day care centres across the region, and as far away as St-Jérôme and Prévost. The cabbage and broccoli grown by the cooperative gets shipped to TAPP, a produce processing company in Gaspésie.

La Roquette’s members are young by farming standards. They are all aged 30 to 35 and have urban backgrounds. Alarie grew up in the Plateau neighbourhood of Montréal. He never imagined being a farmer when he was younger and growing up in the city.

“Never in my life!” the former city boy exclaims.

On Fridays and Saturdays, vegetables and fruit are sold from the farm on Route 148. During the rest of the week, deliveries are made to CSA members. On Sundays, La Roquette’s products are sold at a market in Mirabel.

To find out more about Ferme La Roquette, how to purchase products, and how to join its CSA program, go to fermeroquette.ca, email [email protected], or call 450-331-1342.