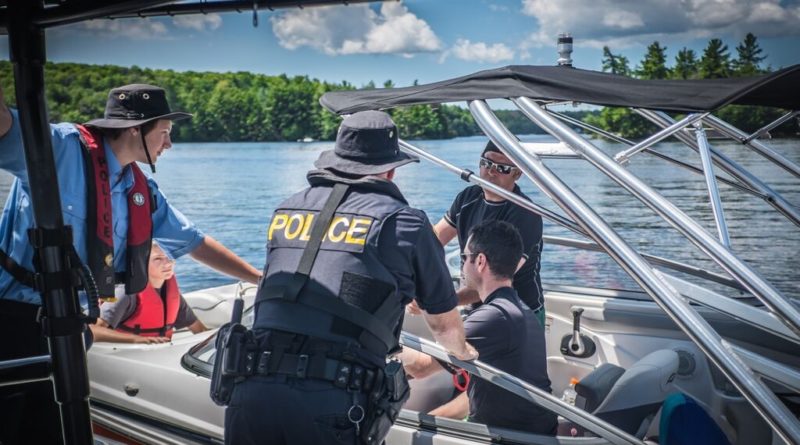 With ‘Safe Boating Awareness Week’ underway from May 22-28, 2021, the OPP is urging people to be safe for this coming boating season.

Before heading out, it is important to do a thorough check of your boat and safety equipment. While the OPP has patrols underway on the water, they are reminding boaters to respect the boating regulations, to review the specifications on their vessels to assure they only have the number of passengers allowed. Reminder that the person on water skis, inflatable tube or other must be counted as a passenger on the vessel.

The OPP is asking the public to call 9-1-1 if they know or suspect that someone is operating a vessel while impaired. In doing so, you could be saving lives.

As the boating season begins, the OPP is urging Ontarians to avoid taking the same risks that cost 32 boaters and paddlers their lives on OPP-patrolled waterways last year.

During a tragic year that marked a 12-year high in marine deaths in OPP jurisdictions, the majority of the people who died in 2020 faced similar double setbacks to their safety on the water. The first setback occurred when they ended up in the water because their vessel capsized or they fell overboard. The second setback was the absence of a properly fitted lifejacket, which is not only designed to keep boaters and paddlers afloat, but also helps turn them onto their backs, enabling them to breathe if they are rendered unconscious.

As falling overboard and capsized vessels are the lead primary causes in boating fatalities every year, it is in these situations in particular that wearing a lifejacket becomes a critical piece of life-saving equipment.

With many more people planning to take up boating this summer, the OPP is urging all new, inexperienced boaters to develop safe marine habits at the very outset. This includes paddlers who accounted for half of those who died last year after heading out in canoes, kayaks and other human-powered vessels such as stand-up paddle boards.

For a safe summer on the water, ALWAYS:

The following links are available to anyone who would like to learn more about safe boating: