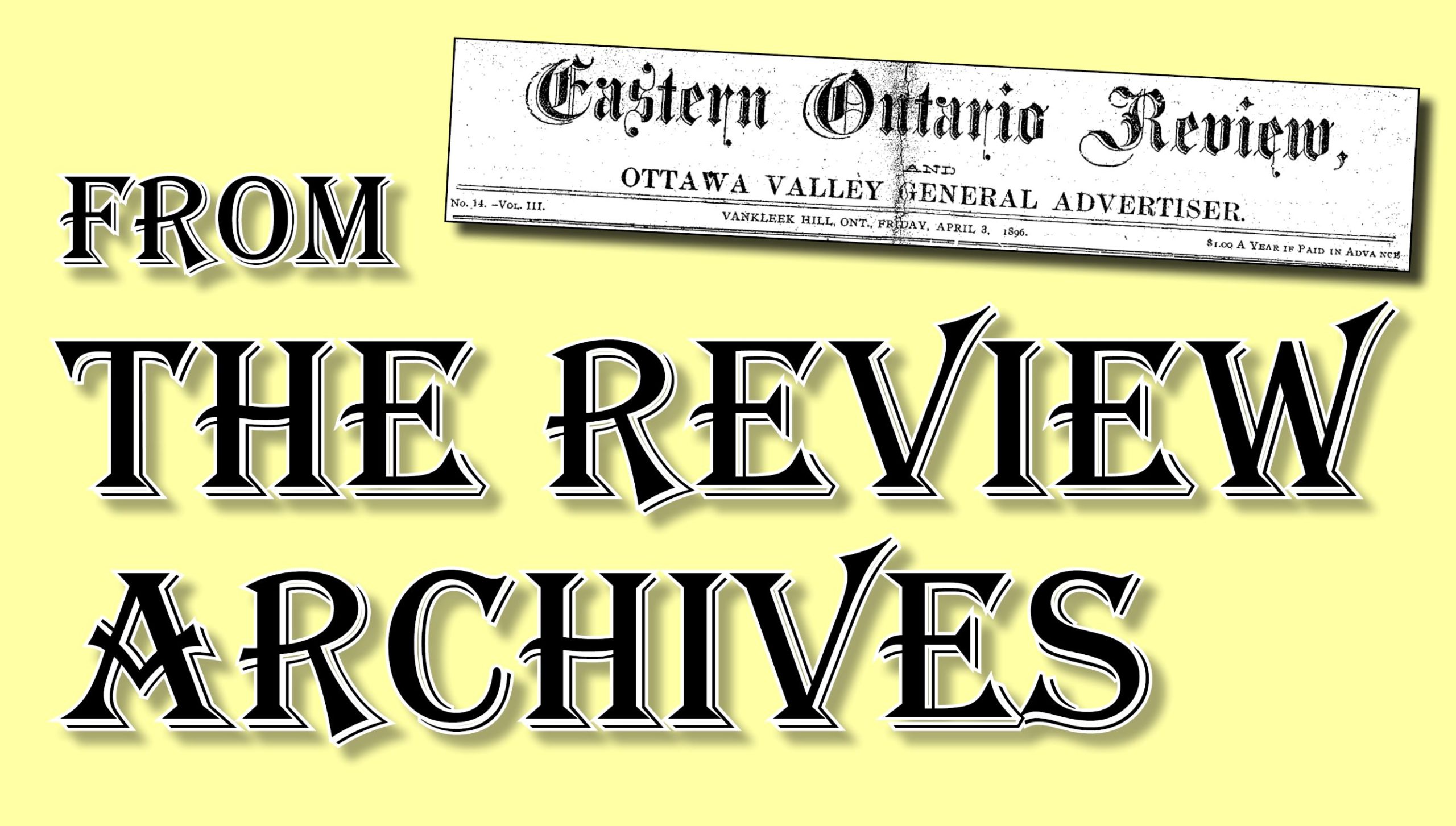 10 Years ago
Undefeated VCI senior girls heading to EOSSA
The Review, May 18, 2011 – RUSSELL – A long tradition of success has followed the sports teams at Vankleek Hill Collegiate Institute into their new building this year. All four of the school’s soccer teams headed to the playoff round this past Monday, May 16, at Russell High School. The VCI senior girls soccer team – undefeated in the regular season – won all three of its games and are now headed to the Eastern Ontario Secondary School Athletic Association championships in Carleton Place on May 26. 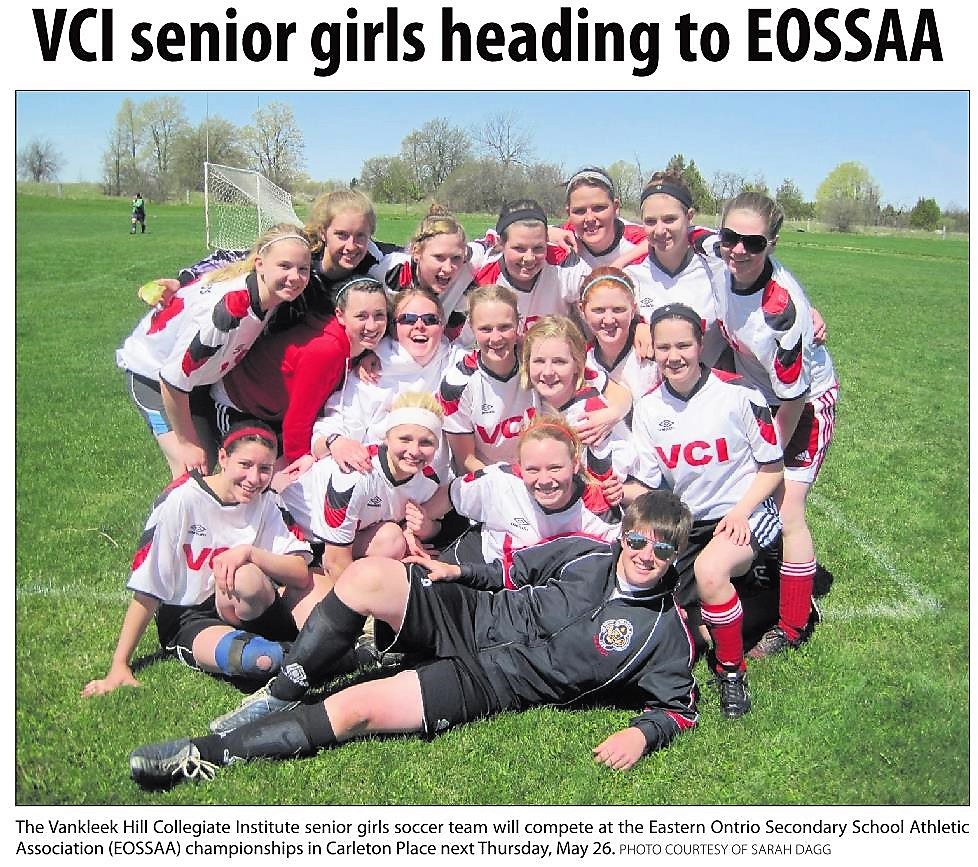 Photo and caption reprinted from the May 19, 2011, edition of The Review.

25 Years Ago
60 new jobs at PPG plant
The Review, May 22, 1996 – HAWKESBURY – Some 60 new jobs are being created at the PPG Canada Inc. (Duplate) plant in Hawkesbury. The company has hired the additional workers because of increased demand for replacement glass. With the new employees, the PPG work force will increase to about 515 workers.

75 Years Ago
Hawkesbury men rescued from Long Sault Rapids
The Review, May 23, 1946 – HAWKESBURY – By means of daring rescues, Fernand Ranger and David Giroux were saved from drowning in the Long Sault Rapids Saturday night. The rescue was performed by two Hawkesbury residents, Edward Frett and William Mullin. Ranger and Girous were on a fishing expedition and were left to the mercy of the treacherous rapids when an oar on their rowboat broke in two. Frett and Mullin, who were fishing nearby, rowed their boat fearlessly into the rapids to pick up the helpless men in the 90-minute rescue operation.

100 Years Ago
Plantagenet bank, post office and telephone office destroyed in fire
The Review, May 20, 1921 – PLANTAGENET – A two-storied brick veneer building, one of the largest in the village of Plantagenet, housing a branch of the Union Bank, post office, Bell Telephone office and two private residences, burned to the ground by a fire which broke out shortly after 2 o’clock on May 19. The fire originated in some forage stored in a shed at the rear of the building. Without adequate apparatus to fight the fire, the building was doomed.

125 Years Ago
Chief farm hand accident prone
The Review, May 15, 1896 – CLARENCE – An accident to Joy Roy, Mr. D. McIntyre’s chief farm hand, was the cause of bringing his late assistant Joe Collyer from Oxford Mills to superintend the farming operations. We will not repeat that about the ‘ill wind’ etc., but will just state that there are persons here who wish that Joe Jr. could make frequent trips without the intervention of accidents.