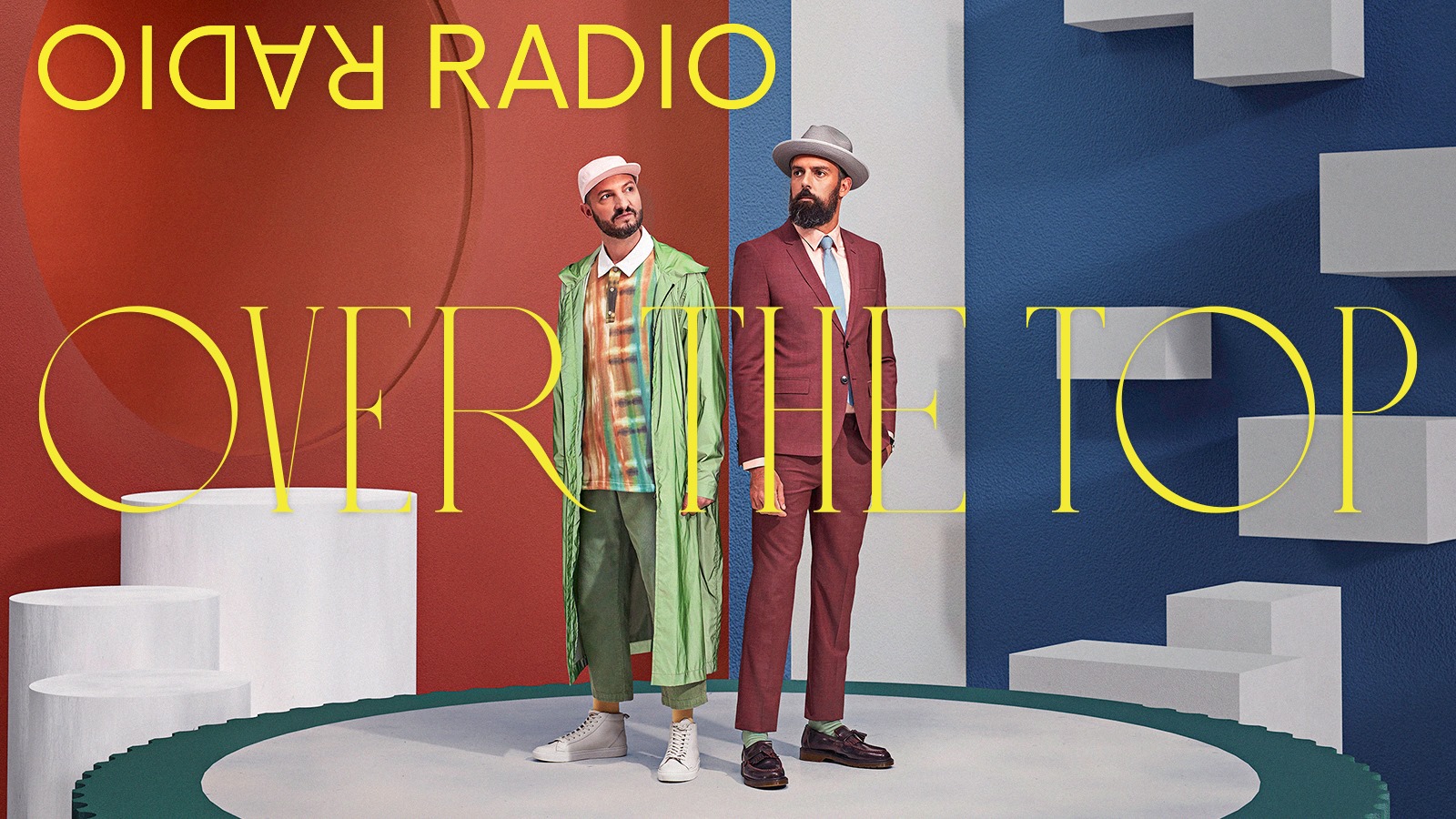 Jacques Doucet (right) and Gabriel Malenfant of popular Canadian hip-hop duo Radio Radio. Doucet, who lives in Hawkesbury, did much of his writing and recording for the the group’s upcoming album at home – including portions of the duo’s new single ‘Over The Top’.

Nova Scotia based electro hip-hop duo Radio Radio has released the first single off their upcoming album ‘À la carte’ – a record which some may be surprised to learn has deep roots in Hawkesbury.

Jacques Doucet, half of the duo with partner Gabriel Malenfant, lives in Hawkesbury and recorded most of his vocals on the album at home, including his contributions to the first single release ‘Over The Top’, which can be heard on YouTube here.

“I don’t need a big studio – I just need a microphone,” says Doucet, who moved with his wife and two children to the Hawkesbury area in 2008. “I’ve been (recording at home), from solo projects to the band, for a while.”

Founded in Clare, Nova Scotia in 2007, Radio Radio is best known for the fact the group’s song lyrics are sung in the Acadian-French dialect of Chiac. According to online edition of The Canadian Encyclopedia “Chiac is a specific type of discursive switching between French and English among individuals who are highly bilingual and have Acadian French as their mother tongue, but Canadian English as their first or second language”. The online encyclopedia article also uses a photo of Radio Radio as its illustration.

Doucet explains however, that Radio Radio is in fact a mixture of two French-based East Coast regional dialects – both of which mix in English as a secondary language. Doucet’s rapping is done primarily in Acadian.

“I don’t rap in Chiac, because it’s not my dialect,” Doucet says, admitting he leaves that to his musical partner Malenfant, who is native to the southeastern region of New Brunswick where the language is spoken. “It’s where Gab is from, but I’m from Nova Scotia and we speak Acadian, which is a different dialect.”

The group is extremely popular on Canada’s East Coast and in Quebec, where they play multiple festivals and shows year-round. Their music also sells and the group’s videos are popular as well – often getting more than a million views on YouTube. Radio Radio maintains a Facebook page that currently has more than 50,000 followers, and a website.

Although no longer residing in Nova Scotia, Doucet and Malenfant – who now lives in Montreal – return to Clare on a regular basis, and rent a cottage there for a few weeks when completing an album. But the raw tracks for the records are for the most part written and recorded at Doucet and Malenfant’s respective home studios, on fairly simple equipment .

“I usually just set up in the kitchen – I have a $400 mic that I plug into my laptop,” says Doucet, explaining he wrote and recorded many of his portions of the songs on ‘À la carte’ at his kitchen table. “I’ve got my man cave and my office, but I go upstairs just because I like looking outside.”

Modern technology allows the duo to record each of their parts and share them, using online meetings to discuss song structures and individual parts. The process is helped by the fact that as an electro hip-hop duo, the backing music for Radio Radio is produced electronically.

“A lot depends on the style of music,” Doucet notes. “But with hip-hop you can pretty much do everything at home.”

In addition to their music and vocal style, Radio Radio is also known for the group’s unusual – and at times controversial – lyrics. For example the title of the new album’s debut single ‘Over The Top’ is a reference to the 1987 Sylvester Stallone movie of the same name, in which Sly plays a truck driver who becomes a champion arm wrestler. But the song is actually about excess.

“More than anything it’s about things like ‘oh yeah you want cheese, I’ll put more cheese’, or ‘you want gravy, I’ll flood your gravy, more and more and more – that’s kind of how that song is based,” says Radio Radio’s co-writer and singer, noting the band’s music is humour based and the message is not always what it seems. “(Our music is) supposed to be good times and second-degree humour, where it’s not always about face value. Usually you say something, but behind it there’s something a bit more profound and that’s how we always write our music.”

“Some people think it’s about the first degree and some people get offended, but whatever.”

Radio Radio received heat for the band’s 2008 hit song ‘Jacuzzi’ regarding some of the lyrics and scenes presented in the song’s video – which has more than 1.6 million views on YouTube.

“We said something about doing things with La Saguine (a fictional Acadian character) and (people) said ‘I can’t believe you said that’ – it’s like anti Acadian,” Doucet sighs, noting no offense was intended. “It’s not even about a Jacuzzi, it’s about everybody’s inclusive and everyone’s invited – Nova Scotia, New Brunswick, Acadia, Canada, the world. It’s about we don’t care where you’re from or what you think; you’re allowed in our home.”

Doucet is looking forward to the upcoming release of ‘À la carte’, which is now scheduled for release in November 2021, after being delayed several times due to the COVID-19 pandemic. The band also had a busy schedule lined up for 2020 – and already has multiple bookings for this summer – but Doucet is unsure when Radio Radio will next be able to perform live.

In the meantime, he’s is keeping busy, already working on new tunes for the duo’s next record. The songwriter doesn’t listen to music much, instead turning world events for inspiration.

“I don’t listen to music to be honest – I listen to podcasts and news radio,” Doucet says, explaining he does not want to be influenced by the musical work of others.

“It’s easy to listen to a lot of music and now you think you came up with something great and it turns out you just copied something you listened to two weeks ago.” 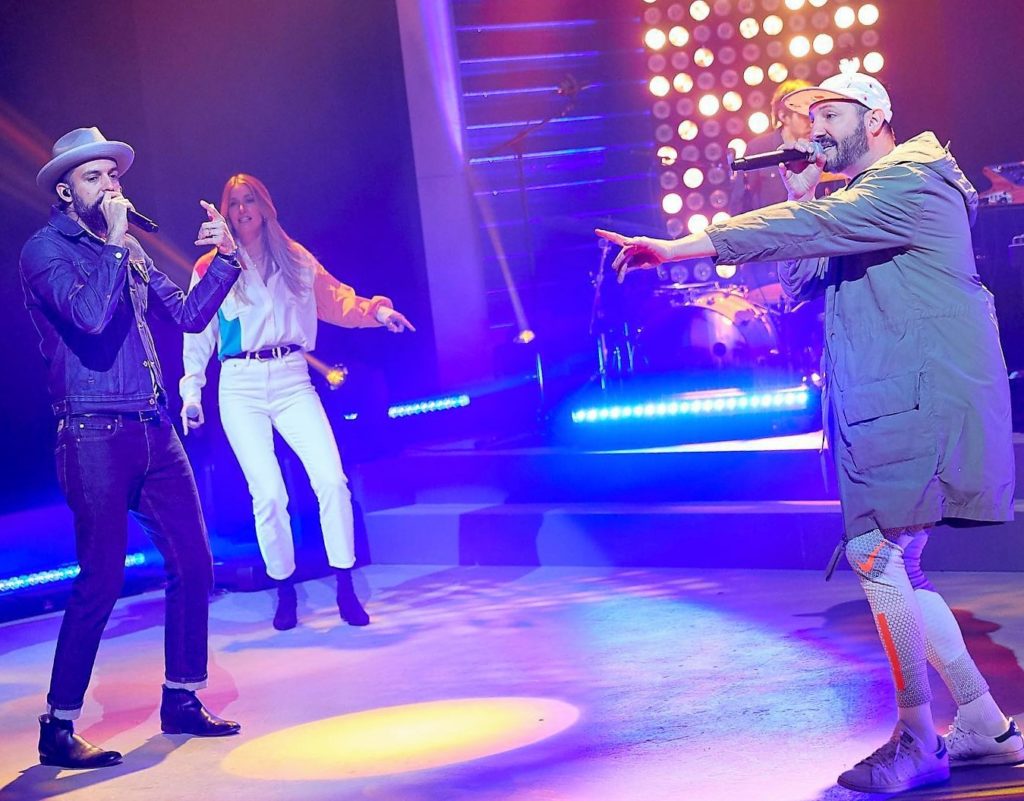 Radio Radio performs in Montreal in early 2020. The band had a busy schedule lined up in 2020, however almost all of its shows were cancelled due to the COVID-19 pandemic. Photo courtesy of Radio Radio