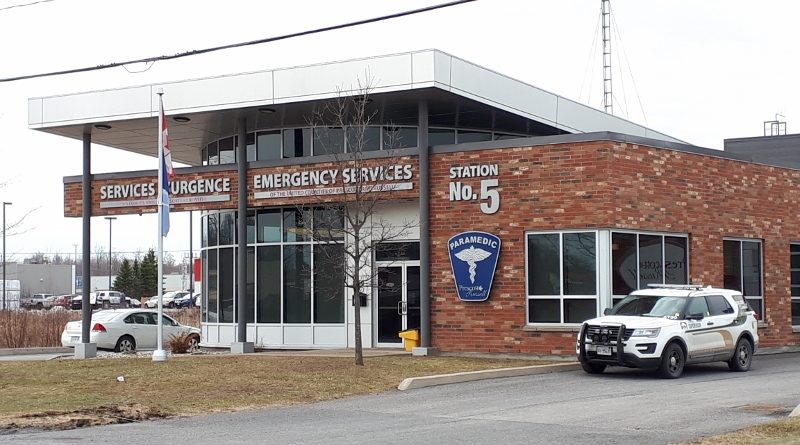 Efforts continue to be made by the United Counties of Prescott and Russell (UCPR) and the Ontario Ministry of Health to further minimize the number of ambulance calls UCPR paramedics respond to in the neighbouring jurisdictions of the City of Ottawa and the United Counties of Stormont, Dundas, and Glengarry (SD&G).

At the last meeting of the Emergency Services Committee in March, Director Marc-André Périard reported that between 2017 and 2020, the number of calls UCPR paramedics have responded to in Ottawa decreased by 55 per cent and the number in SD&G decreased by 16 per cent.

On June 1, 2019, UCPR ambulances stopped responding to most calls within neighbouring jurisdictions, due to concerns there were not enough ambulance vehicles and paramedics available to respond to emergency needs within the UCPR’s boundaries.

Périard told the committee that the UCPR Department of Emergency Services is setting up a pilot project with the Ministry of Health and the Ottawa dispatch centre, where calls will be carefully analyzed for their level of emergency. The project will eventually eliminate all non-emergency calls attributed to the UCPR ambulance fleet in neighbouring jurisdictions and is expected to reduce calls outside UCPR territory by 60 per cent.

However, from 2017 to 2020, there was an 11-per-cent increase in the number of calls City of Ottawa paramedics responded to in UCPR territory and a 15-per-cent increase in the number of calls SD&G responded to in UCPR jurisdiction. The Department of Emergency Services believes those increases could be due to the fact UCPR ambulances were responding to calls in Ottawa SD&G at the same time.