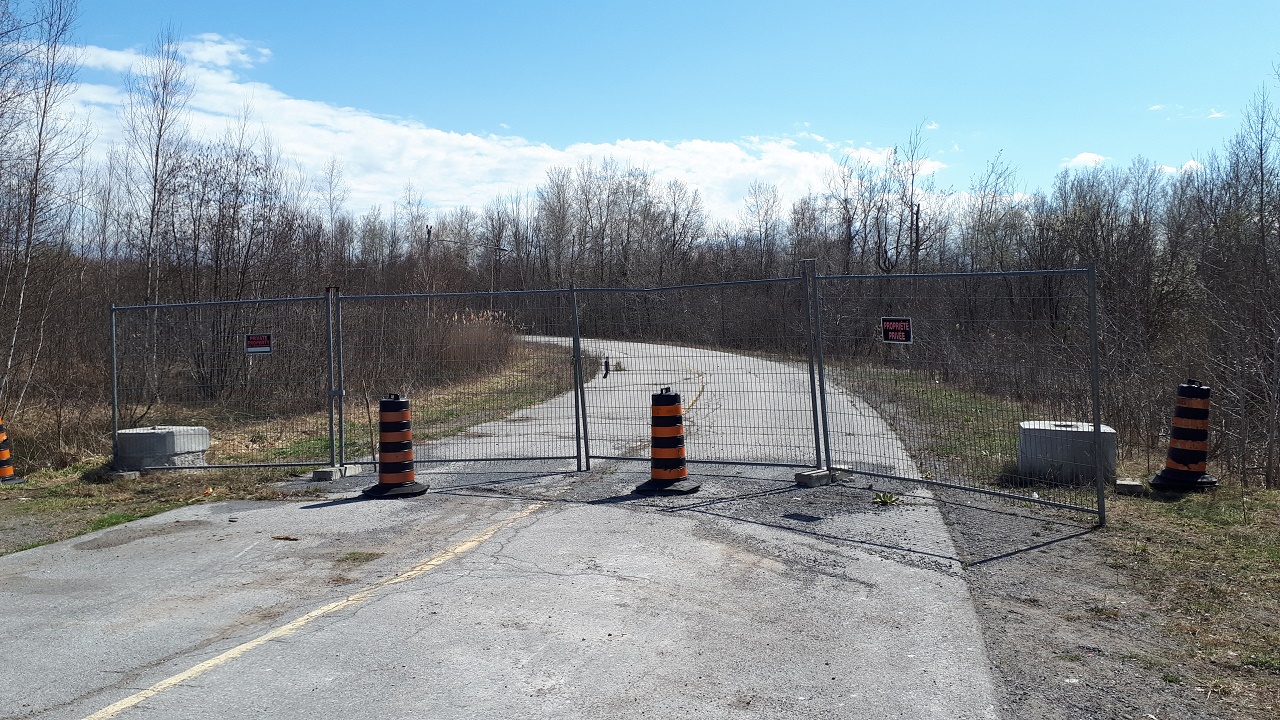 The former PPG land in Hawkesbury, seen from behind the Hawkesbury Mall/FreshCo store. Photo: James Morgan

Hawkesbury is experiencing a boom in new residential housing, including a proposed new development for approximately 700 units on the former site of the PPG glass manufacturing plant.

On May 6, the town held a public meeting about a proposed Zoning By-law Amendment (ZBA) which would rezone vacant land at the southeast corner of the intersection of Chartrand Avenue and Omer Street from Open Space to Residential Density 3 (R3). The amendment is to enable the construction of four, stacked townhouse buildings. Each building would have eight units, resulting in 32 units for the entire development.

Adjacent properties are zoned for single-detached and semi-detached homes, and for flood plain due to a nearby creek.

Citizens made a variety of comments at the public meeting, said Town of Hawkesbury Planner Céleste Cordonnier.

“Most of the concerns were regarding the traffic situation and the preservation of the creek,” Cordonnier said. “We explained that all those concerns will be considered when we will establish the agreement with the developer.”

“It was a very civil and respectful meeting for council to listen to citizens,” said Mayor Paula Assaly.

The ZBA will be approved or rejected by Hawkesbury council when it meets on May 31. If the amendment is approved, the town will proceed to establish a Site Plan Control Agreement with the developer. Once the agreement is reached and approved by council, the developer may apply for a construction permit.

A developer is proposing what will be one of Hawkesbury’s largest residential and commercial developments in decades, on the land formerly occupied by the PPG glass plant between Spence Avenue and Highway 17.  Once complete, the development will contain 700 dwelling units.

“There will also be some commercial units, on approximately six hectares of the whole area,” Cordonnier said.

The land is presently zoned Highway Commercial (CH) and Trade and Industry Zone (E2). An Official Plan Amendment and zoning by-law must be approved by town council, which would change the zoning to Residential Density 2 (R2) and Residential Density 4 (R4).

An online public meeting on the proposed zoning and official plan changes will be held on May 27.  Any citizen who wants to attend the meeting electronically must register at [email protected] no later than May 25.

The development proposed for the former PPG land will not be built all at once.

“The whole project is divided in 12 phases. It is impossible to tell how much time it is going to take, especially with the COVID context that had a lot of impacts on the construction sector,” Cordonnier noted.

On March 29, Hawkesbury Town Council approved phase three of a plan of subdivision submitted by Mosselaer Construction of L’Orignal. The 15 detached homes are the third part of the Domaine Henri development which was first approved in 2018 and will front West Street.  The two previous phases are on Roxane Crescent and Lafrance Street.

Mosselaer Construction has deposited $21,875 with the Town of Hawkesbury for required road and sewer servicing on West Street.