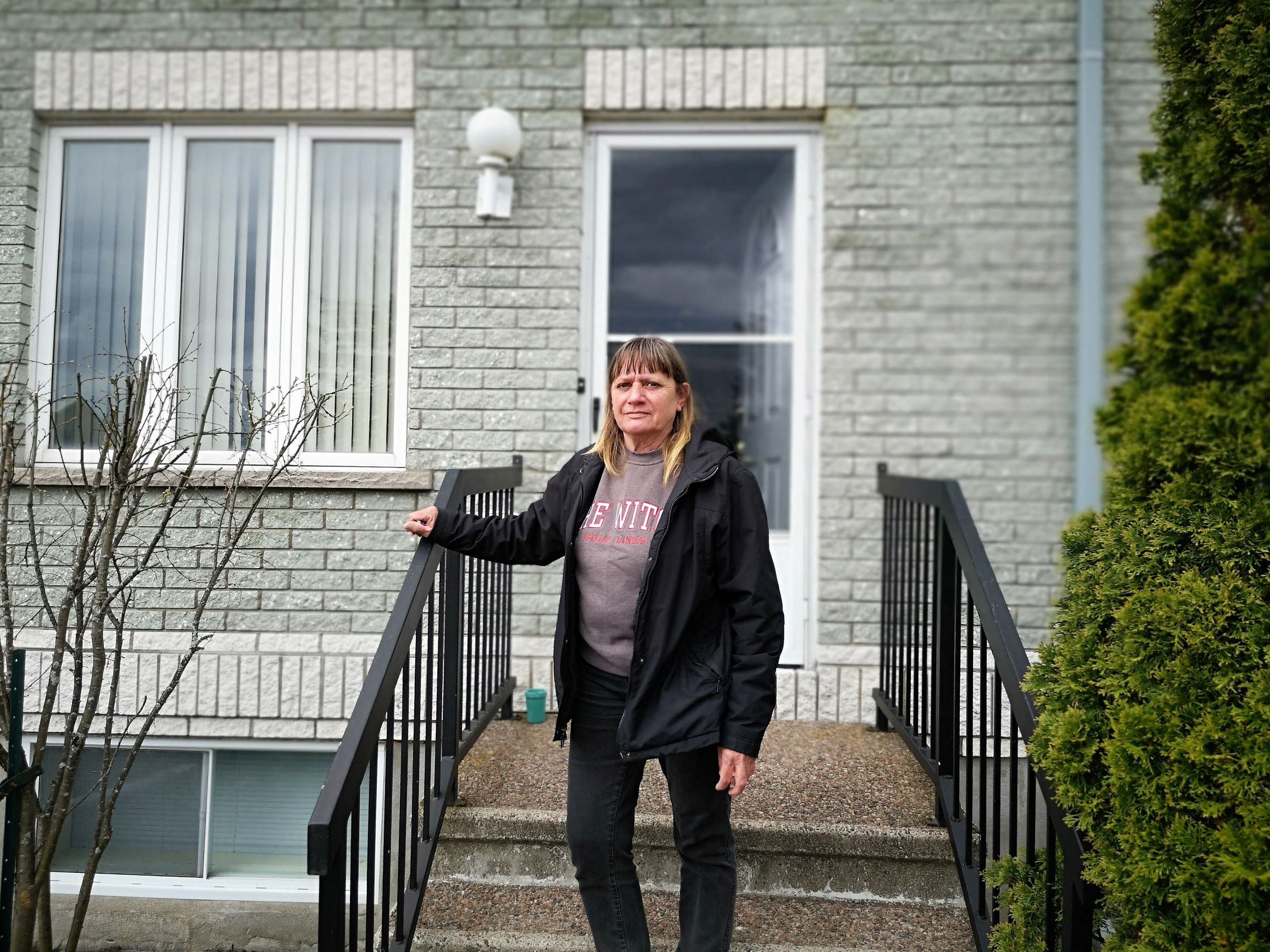 Louise Turpin found out she would have to move from the Hawkesbury townhouse she has rented for the past four years after receiving a text from her landlord that the unit was being sold. Photo by Reid Masson

Finding accommodation has become a nightmare for local renters, as a hot real estate market has more people looking, while available spaces become even more scarce.

“I have three or four people a day calling for apartments and we don’t have anything left on the market,” says Raymond Dallaire, whose property management company R&P Dallaire Inc. represents more than 300 doors throughout Prescott-Russell.

R&P Dallaire has been managing rental properties throughout the region since 1987 and the company’s owner says he has never witnessed such a difficult market.

“At this time of year, normally we would have at least eight to 10 doors available, but that’s not the case this year,” Dallaire explains, noting the lack of available properties is not exactly good for his business.

One issue causing stress on the rental market is the extremely hot market for private homes in the region, which has caused house prices to increase by as much as 50 per cent. Homeowners have been tempted to sell their houses, only to find there are no rental properties available for them.

To compound the problem further, many landlords who own property they rent out are also taking advantage of the hot real estate market and cashing in on their investments. The new owners often intend to live on the property and the tenants are forced to find new accommodations.

Louise Turpin is one local tenant who suddenly found herself looking for another rental, after receiving a text from her landlord on March 30 that the Hawkesbury townhouse she has lived in for the past four years was being put on the market. The unit was sold less than two weeks later.

“It was very fast – a few visits over the Easter weekend and it was gone,” says Turpin, who had zero plans to move until she got the unfortunate news.

Turpin received some reprieve, as the new owner is not moving in until the end of August, which gives her some time to find a new place. But it won’t be easy.

“It gave me some breathing room,” she says. “But I’ve been looking around at the ads and there is nothing available.”

“I’ve also been looking at houses for sale, but that’s crazy – they’re all over the place. There are shacks out there for sale that are totally overpriced.”

The rental shortage is also a hot topic on local social media sites, where desperate tenants are pleading for leads on local Facebook pages such as ‘house/apartment for rent in Vankleek Hill’ and ‘Hawkesbury Classifieds’. Even landlords seem a bit overwhelmed, with an advertisement for a one-bedroom apartment noting that “due to high demand” prospective tenants must make an appointment and “visitors will have 15 minutes inside the unit to view and ask questions”.

Sylvain Roy, who started up the ‘house/apartment for rent in Vankleek Hill’ Facebook page in 2014, says membership on the page has more than doubled over the past year, growing to more than 2,000. About 100 new people sign up each month – most of whom are looking for immediate accommodation.

“It’s crazy – they can’t find anything (in Vankleek Hill),” says Roy, of the people who use the site. “The town is so small that if someone wants to change apartments they have to find someone else in advance to switch with.”

Roy says he has also seen many tenants who are desperately seeking new accommodation after the rental property in which they lived was sold.

“Especially since the market went up, I’ve seen a lot of houses being sold and people getting kicked out,” Roy said. “If you look on my site there’s a lot of (ads saying) ‘urgent, need apartment’.”

“People are moving out of town or moving somewhere else, because there’s nothing here for them.”