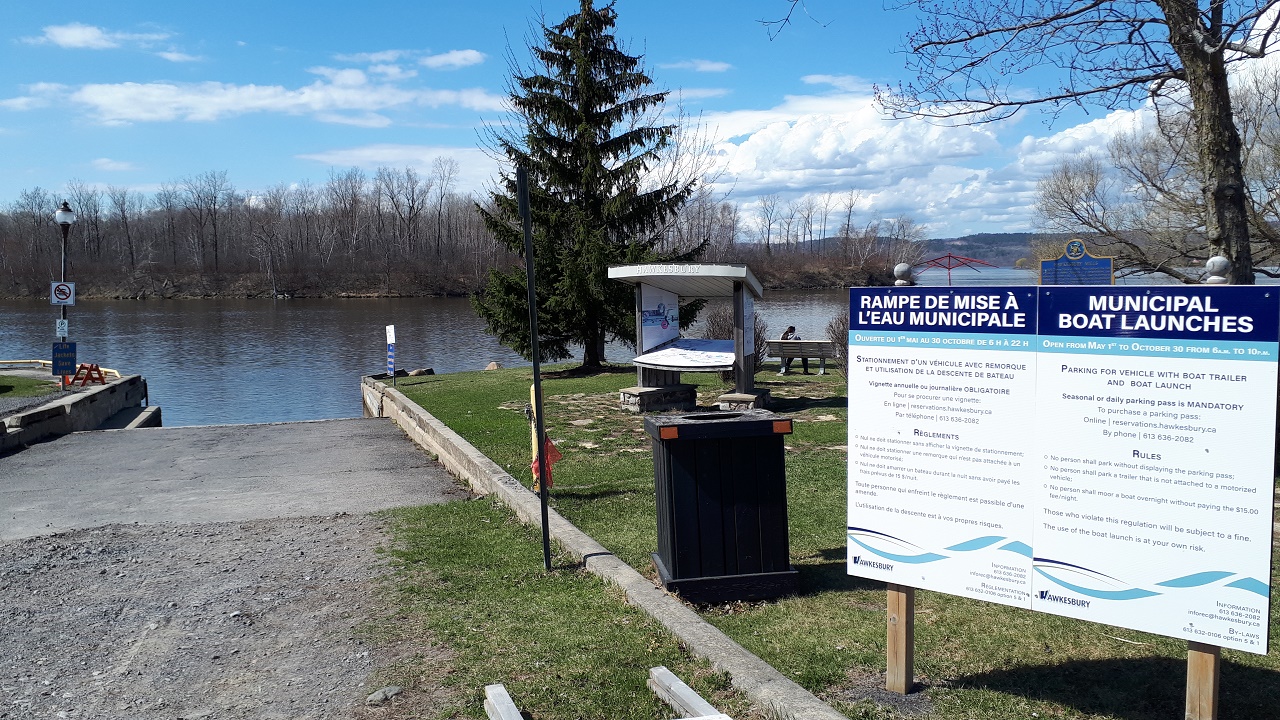 Boating season is approaching, and the Town of Hawkesbury is changing how municipal boat launches are accessed.

In recent years, the town’s boat launches at Cyr de Lasalle Park and Confederation Park have been seeing more use from out-of-town boaters, which has created parking problems and made it difficult for Hawkesbury residents to access the facilities.

On April 12, Hawkesbury council approved a recommendation from the Recreation and Tourism Department that the Confederation Park boat launch on Chenail Island be open to users with seasonal and resident parking passes, while day passes will be available from a pay-and-display machine which is being installed at the site. The boat launch at Cyr de Lasalle Park, accessed from Philippe Street, will be for seasonal and resident pass holders only.

According to a staff report, the new usage designations for each boat launch and pay-and-display system are meant to streamline boat launch services. In recent years, permits have been issued at the town hall, Le Chenail Cultural Centre, or online, which led to a series of inefficiencies for staff and boaters alike.

It will cost approximately $10,000 to purchase and install the pay and display machine. The cost was already included in the 2021 municipal budget.

“It’s good for the residents of Philippe Street,” said Councillor Yves Paquette, referring to the parking issues the Cyr de Lasalle boat launch has caused on the street.

He called the new approach an “excellent idea.”

Councillor Antonios Tsourounakis asked what will happen if the pay and display machine is broken.

Director of Recreation and Tourism Samuel Cardarelli said he is looking into that question with the company that manufactures the machines.

“This should work 24 hours per day, seven days per week,” he said.