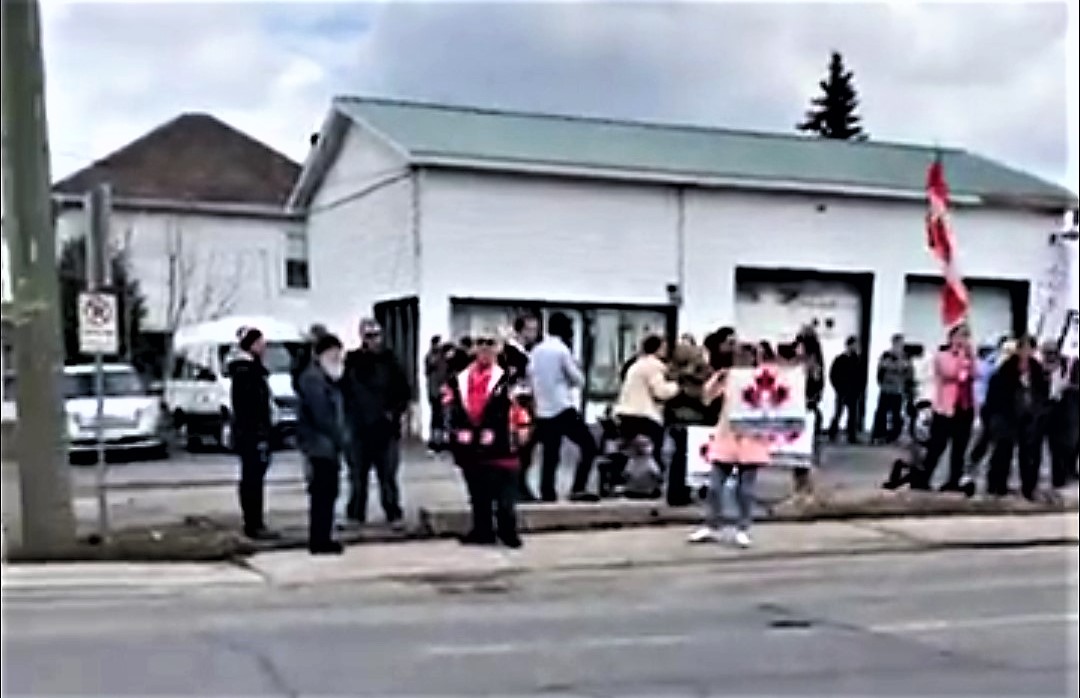 A screenshot from a Facebook live stream of the protest on Alexandria’s Main Street on Sunday, April 18.

No one seems quite sure what happened in Alexandria on Sunday, April 18, as a Main Street protest billed as a family- friendly event to support local businesses turned into an anti-masks and vaccines demonstration.

Alexandria and District Chamber of Commerce Vice-President James Tomlinson was one of those who attended. Like many there, he had heard about the event from someone who had seen a Facebook posting and went because he had been told it was to support local businesses. Shocked by what he witnessed, Tomlinson posted a live stream of the protest on the chamber’s Facebook page, expressing his shock and disgust at what was going on. Although he later deleted the video, Tomlinson said on Monday morning he was still stunned by the display.

“I went there yesterday because it was supposed to be in support of local businesses, but it wasn’t,” Tomlinson said. “I know a lot of people who own businesses, but I didn’t recognize anybody.”

“There were no signs or anything about supporting local businesses – none.”

The protest was attended by an estimated 200 people over the afternoon, with a peak number of about 50-70 people. The Review spoke to several people who were at the event, but all said they did not know who had organized it and had seen the event posting on Facebook.

“It wasn’t clear (who was organizing the event) – people were sharing the poster for the event pretty much everywhere,” said Alexandria resident Alex Richards, who was on hand to support the protest.

The Alexandria event appeared to be connected to the group No More Lockdowns Canada, which maintains a Facebook page that advertises similar events around the country. There was no mention of the Alexandria protest on the group’s Facebook page, although there were photos of other events which occured on the weekend.

The vice-president of the Alexandria and District Chamber of Commerce said whoever organized the protest was misleading in advertising and promotion of the event.

“Even though they advertised as kid-friendly and mask-friendly, (they) attacked me personally for having a mask on,” Tomlinson said. “They were anti-COVID, anti-vaccine, anti-mask.”

“They disrupted and made the town look bad. Peaceful protest we’re all for – everyone is entitled to their opinion. But this was supposed to be to support local businesses and we don’t see how it did.” 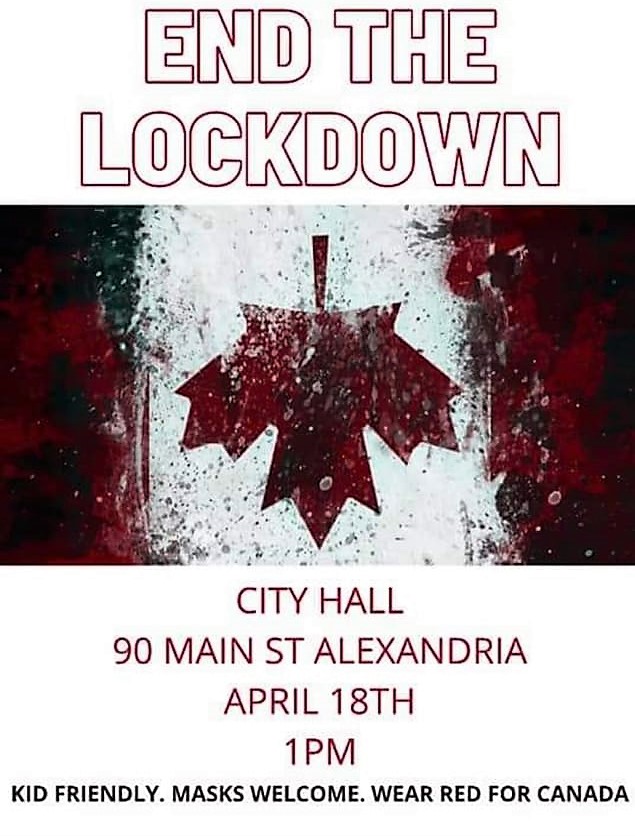