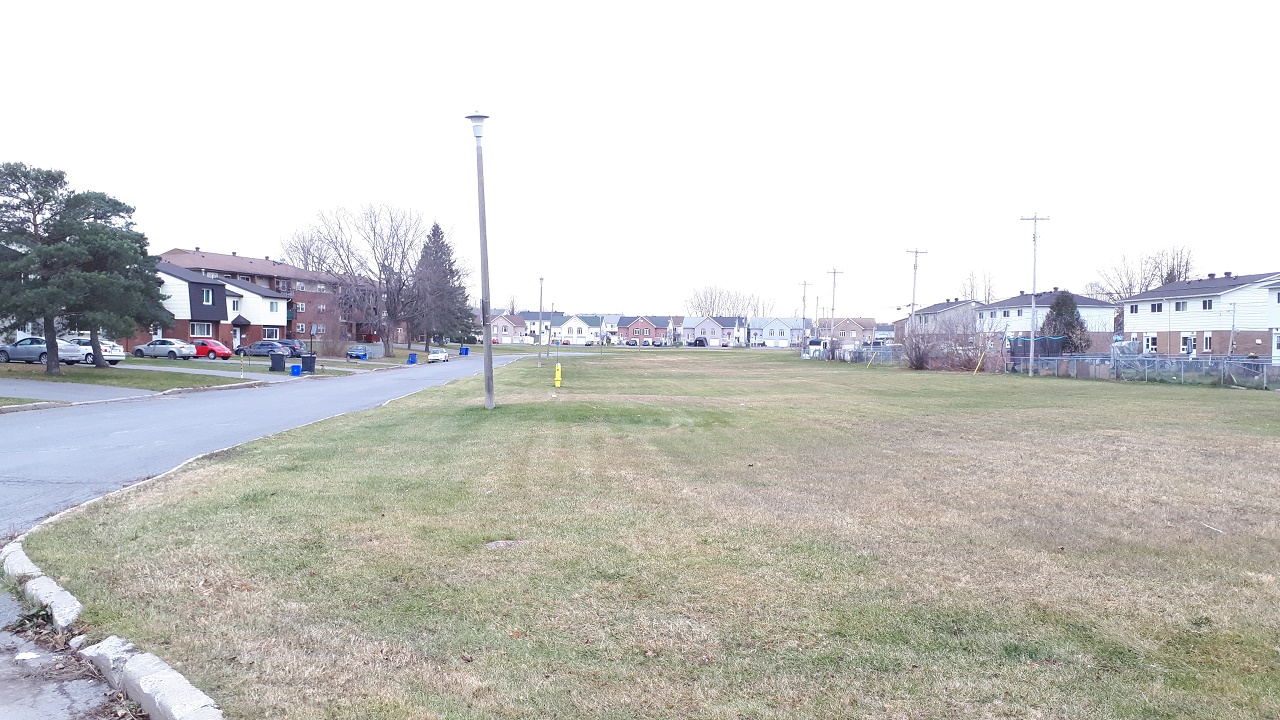 This vacant land in Hawkesbury has been declared surplus by the UCPR and has been sold. Photo: James Morgan

Surplus owned by the United Counties of Prescott and Russell (UCPR) in Hawkesbury is about to go on the market.

In October 2020, UCPR council approved plans to sell the land the land on Portelance and Taché Streets which the counties had assumed ownership of in 2000 when the provincial government transferred responsibility for the adjacent public housing development to regional governments. The UCPR had unsuccessfully attempted to sell the land in 2008.

The  tender for realtors to administer the sale of the 43 lots was offered using the UCPR bids and tender’s platform, with six bids were received. Two were from Hawkesbury, two  from Embrun, one from Mississauga, and one bid was from Ottawa. The successful bid was from EXIT Team Bougie-Bédard of Hawkesbury and is for managing the sale of 40 lots.

The amount of realty contract has not been disclosed. The UCPR has estimated it could receive $2,150,000 in revenue if all of the lots are sold.

All trails in the Larose Forest are closed from mid-March to mid-May to protect the land during the spring thaw.