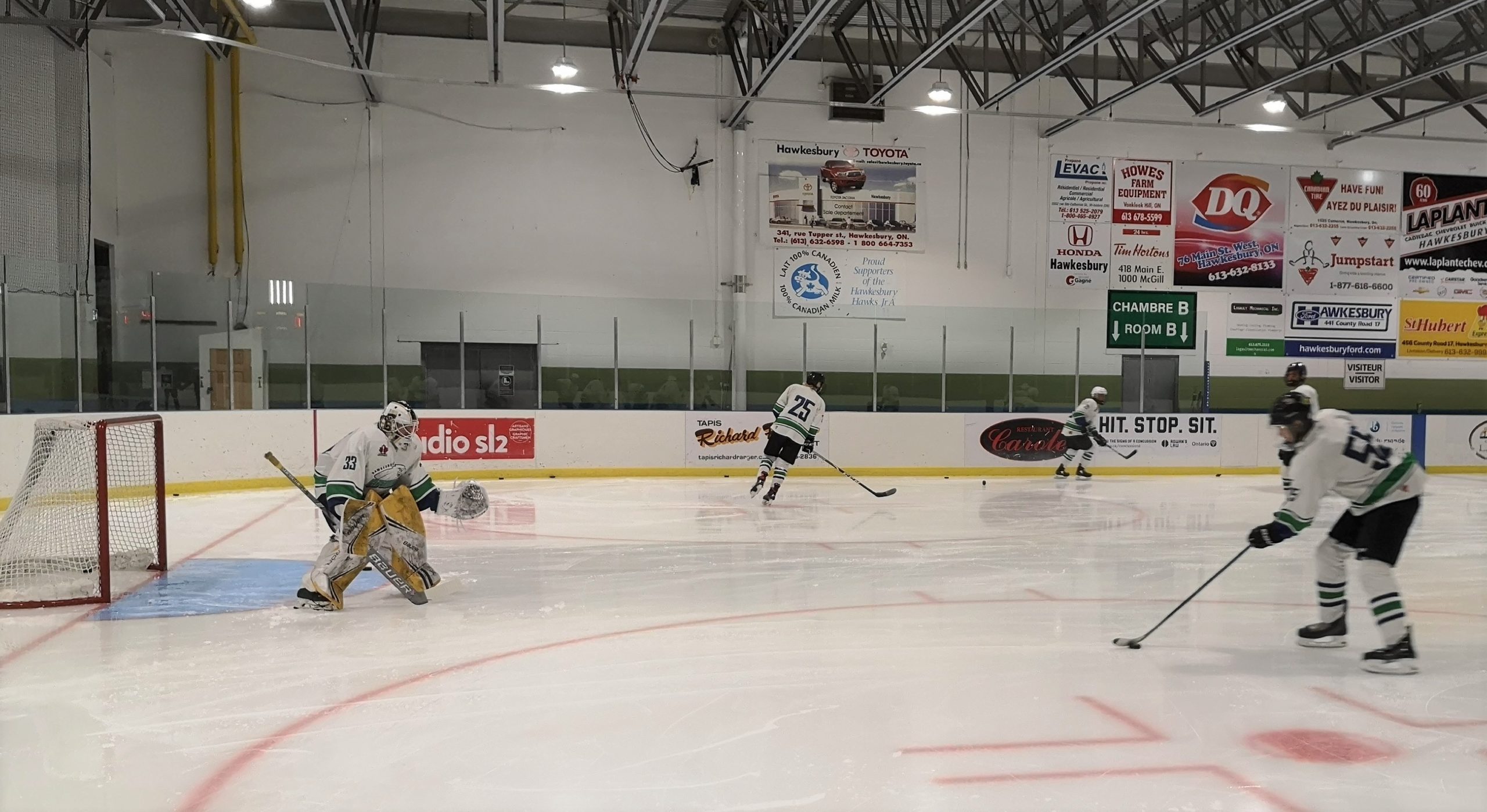 Ontario’s latest COVID-19 lockdown has brought an end to a disappointing season for the Hawkesbury Hawks Junior A and Under 18 teams.

“With the newest lockdown, we are now fully shut down,” said Hawks Head Coach and General Manager Rick Dorval. “Our U18 team’s last game was slated to be May 2, but now with the lockdown, I’m not sure that we’re going to continue.”

Dorval said the Hawks will most likely move forward with spring and summer programming, aimed at getting players on the U18 squad noticed by scouts from the Major Junior A Ontario Hockey League.

“I think it’s important for our U18s, mostly because they have the OHL draft that is scheduled to move forward this summer,” the Hawks head coach noted. “The more we can get these players on the ice and get some type of exposure, the better it’s going to be for them.”

For most of the season, both the Hawks Junior A and U18 squads played games in a bubble with one other organization from the Central Canada Junior A Hockey League. Prior to the Christmas break, the Hawks played their games against the Rockland Nationals, while over the past three months the squads have played against the Cornwall Colts Junior A and U18 teams.

“As much as we were forced to play the same team all season long, as long as the games were filmed and – when possible – scouts could attend, it was still beneficial for the U18s to play,” Dorval said. “Some visibility is better than no visibility – we did our best as a team to promote them and provide contact with OHL teams as much as possible.”

The Hawks Junior A and U18 squads were kept separate from each other throughout the season, and had different coaching staffs. Even Dorval, who is the GM of the U18 team, did not interact with its players or coaches.

“We kept everything completely separate until the last game, after my Junior A had closed – that was actually the first time I got to see the U18 team play live all season long.”

While hopeful the COVID-19 pandemic will be diminished enough to allow regular play for the 2021-2022 season, Dorval is also realistic.

“If I would have sat with you last year at this time I would have told you we’d be good to play by September – obviously that wasn’t the case,” the Hawks coach sighed. “So for me to say it’s going to perfectly fine and we will play games and have a legitimate season come September – I don’t have that crystal ball.”

With no attendance revenue over the past year, one area which would help the Hawks would be an increase in the number of sponsors and advertisers for the team’s games at the Robert Hartley Sports Complex. Any business that wants to purchase advertising with the Hawkesbury Hawks can contact Dorval by email at [email protected]. Advertisers are provided with a tax receipt.