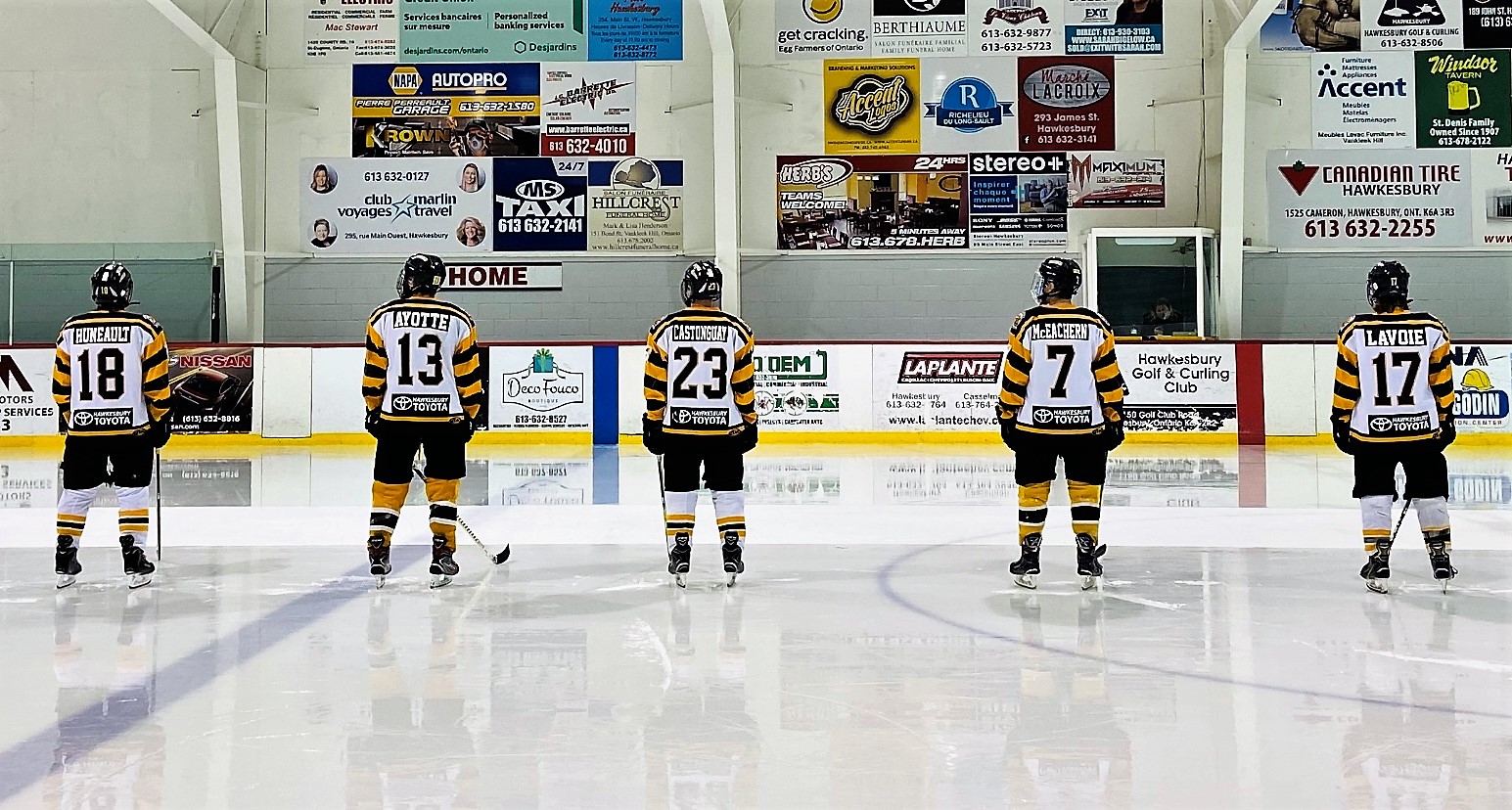 “We had a COVID Cup mini tournament,” said coach Franky Dopelhamer, shortly after the final night of activity for the local Junior C hockey club. “We did it as a special evening for our 21-year-olds, because that was the last event of Junior hockey for them and we wanted to make it special.”

The Cougars were unable to play a single game in the 2020-2021 season, as COVID-19 forced the National Capital Junior Hockey League (NCJHL) to suspend play for all teams. Teams were only allowed to practice or at most play modified scrimmages against one other league team.

While they were not able to play against other squads, the Cougars were one of the more active franchises during the NCJHL shutdown, playing most weeks in mini tournaments organized by the coaching staff.

“These were just intra-squad games of course, due to the restrictions, but it got them on the ice to do what they do best – play hockey,” Dopelhamer commented. “The players were happy we did a lot of events during the year to keep them prepared.”

Many of the senior players on the team were major contributors when the Cougars won the NCJHL championship at the end of the 2018-2019 season, the team’s coach noted.

“They will always remain a part of the family. Once a Cougar, always a Cougar,” Dopelhamer said. “Everyone will definitely miss seeing them on the ice in the ‘Den’.”

The Cougars are owned by Dopelhamer and Greg McEachern, who purchased the team in the summer of 2019. The team has traditionally benefited from excellent sponsor support, but Dopelhamer says the past year has been a tough one.

“We could definitely use more sponsors to help out,” said Dopelhamer, noting the lack of gate receipts and concerns over the team’s ability to hold fundraisers has put a strain on the team’s finances. “We usually do baseball tournaments and a golf tournament in the summer, but that all depends on what the COVID rules will be at that time.”

Any businesses who would like to help out The Vankleek Hill Cougars by signing up as a sponsor can send an email to Greg McEachern at [email protected].