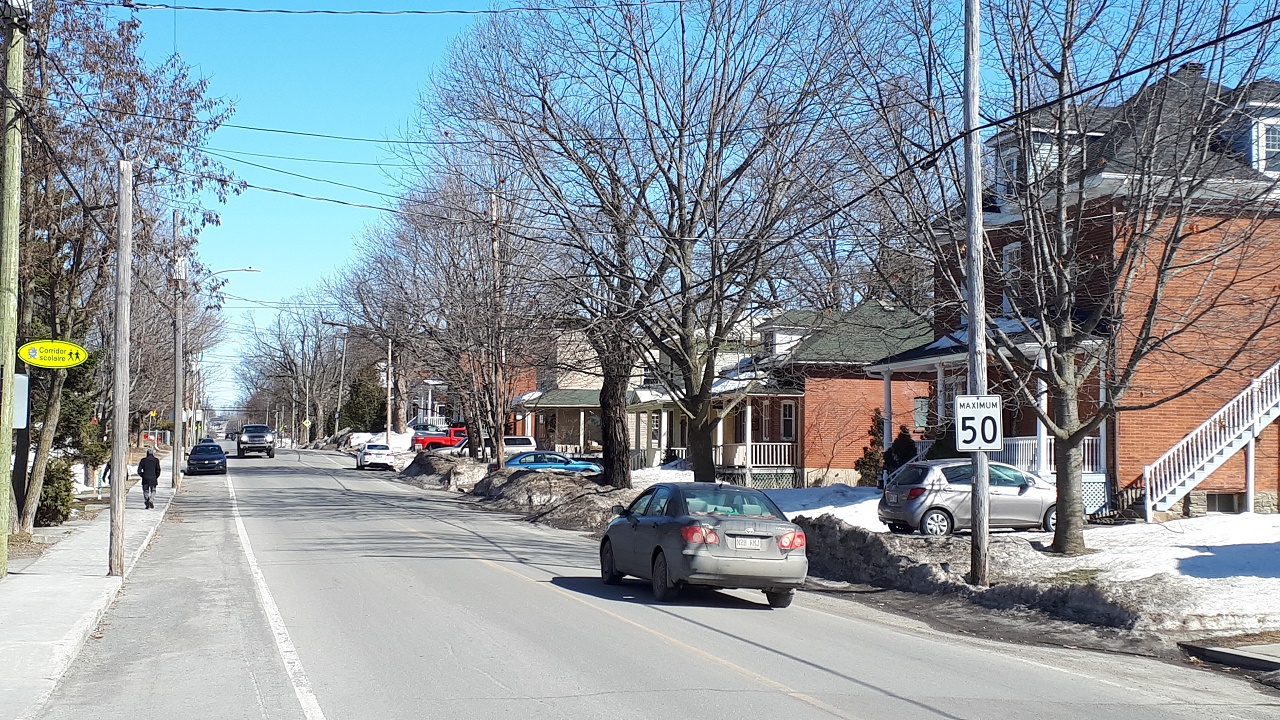 The speed limit on Rue Grâce in Lachute is being reduced from 50 km/h to 30 km/h. Photo: James Morgan

More housing is on the way in Lachute.

On March 1, two notices of motion and projects were introduced to council that once fully approved, will see 80 new homes added in two different areas of town.

On March 1, Lachute council approved changes to the municipal tax credit program for industrial and downtown commercial property owners who make improvements or expansions to their premises.

The program is intended to help ease the burden of increased property taxes for downtown commercial and industrial landowners but also to encourage development.

The tax credits – granted for 60 months – are equal to 1/12th of 100 per cent of the difference between the new tax amount on the property and the amount which would have been due if the valuation of the property had not been modified.

Previously, the credit program only applied to property owners for one improvement or expansion project.  Under the changes approved on March 1, the tax credits will now be available for properties where a second project is being undertaken.

Changes are coming to the speed limit on Rue Grâce in Lachute between Rue Mary and Rue Barron.

Mayor Carl Péloquin said that a citizen first raised the issue during question period at a previous council meeting and the matter was referred to the municipal traffic committee for discussion.

Councillor Serge Lachance, whose district includes the affected street, said that reducing the speed limit on the section of Rue Grâce will maximize safety, particularly because there are two schools and a childcare centre in the neighbourhood.