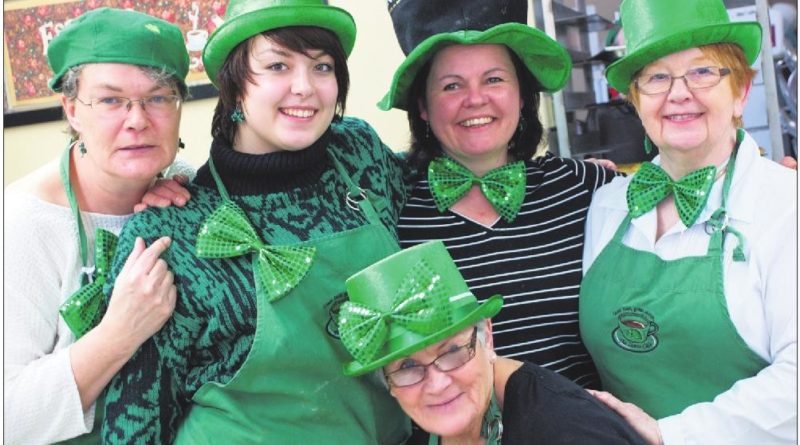 Photo and caption reprinted from the March 16, 2011 edition of The Review.

25 Years Ago
OPSEU strike caused St. Jude’s freeze
The Review, March 20, 1996 – A new St. Jude’s elementary school would have escaped a one-year construction freeze, had Ontario’s public servants not been on strike, according to Prescott-Russell English Catholic School Board Chairperson Karen Leonard. In a March 8 letter to Education and Training Minister John Snobelen, Leonard argued the much-needed project north of Vankleek Hill would have received final approval had it not been delayed by the strike.

50 Years Ago
Sketch plans for Plantagenet school
The Review, March 17, 1971 – Mr. Thibault was at the meeting on March 10 to show sketch plans of the new Plantagenet High School to the trustees. The sketch plans showed the administrative offices and the locker area just inside the main entrance located at the front centre of the building. With this arrangement, students will be able to take off their rubbers near the entrance so that snow will not be tracked down the halls.

75 Years Ago
Kronick’s one-hand shot leads VCI over Hawkesbury
The Review, March 21, 1946 – The VCI School boys basketball team defeated the Hawkesbury town team on Friday night by a close score of 41-40. The score was 40-40 until a few seconds before the end of the game, but R. Kronick saved the day by sinking a free shot. He shot with one hand too.

100 Years Ago
Brownsburg man shot by wife dies
The Review, March 18, 1921 – Isiaah Edward Fletcher, shot in the abdomen Tuesday morning, died at 1.50 o’clock Wednesday morning. The weapon used was a shotgun, held, it is alleged, in the hands of his wife. Conflicting stories are told by residents of the village, especially with regard to statements made by Fletcher. By some he is said to have stated his wife shot him; by others that he was the aggressor and that his wife was not to blame.

125 Years Ago
Hawkesbury druggist leaves town
The Review, March 20, 1896 – Mr. W.R. Montgomery, our popular young druggist, left us yesterday to pursue a further course of studies at the Ontario College of Pharmacy in Toronto. His many friends here, who heard of his anticipated departure with much regret, decided on an evening in some tangible form, and the Town Hall on Saturday evening was the scene of a pleasant gathering of some of our best citizens.