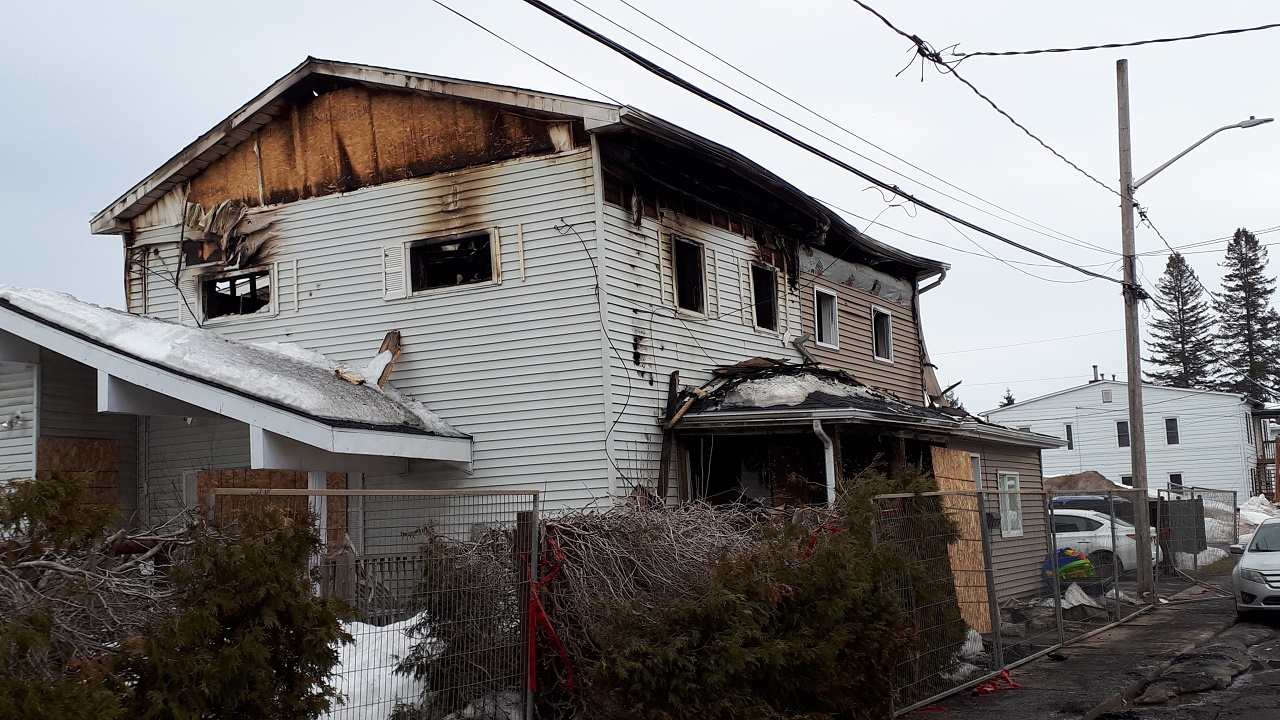 Six people were forced from their homes after fire severely damaged a triplex on Sinclair Street in Hawkesbury on the morning of Monday, March 8.

Sylvie Myre’s sister-in-law Josée lost everything in the fire. She did not have insurance on her possessions either.

According to Myre, Josée has two adult children and a five-month-old granddaughter, but has also had a difficult life, which has included health problems.  Josée recently started a new job and has not been able to save much money.

Myre has started a GoFundMe campaign online to raise money for Josée so she can begin to start over and purchase some basic items.