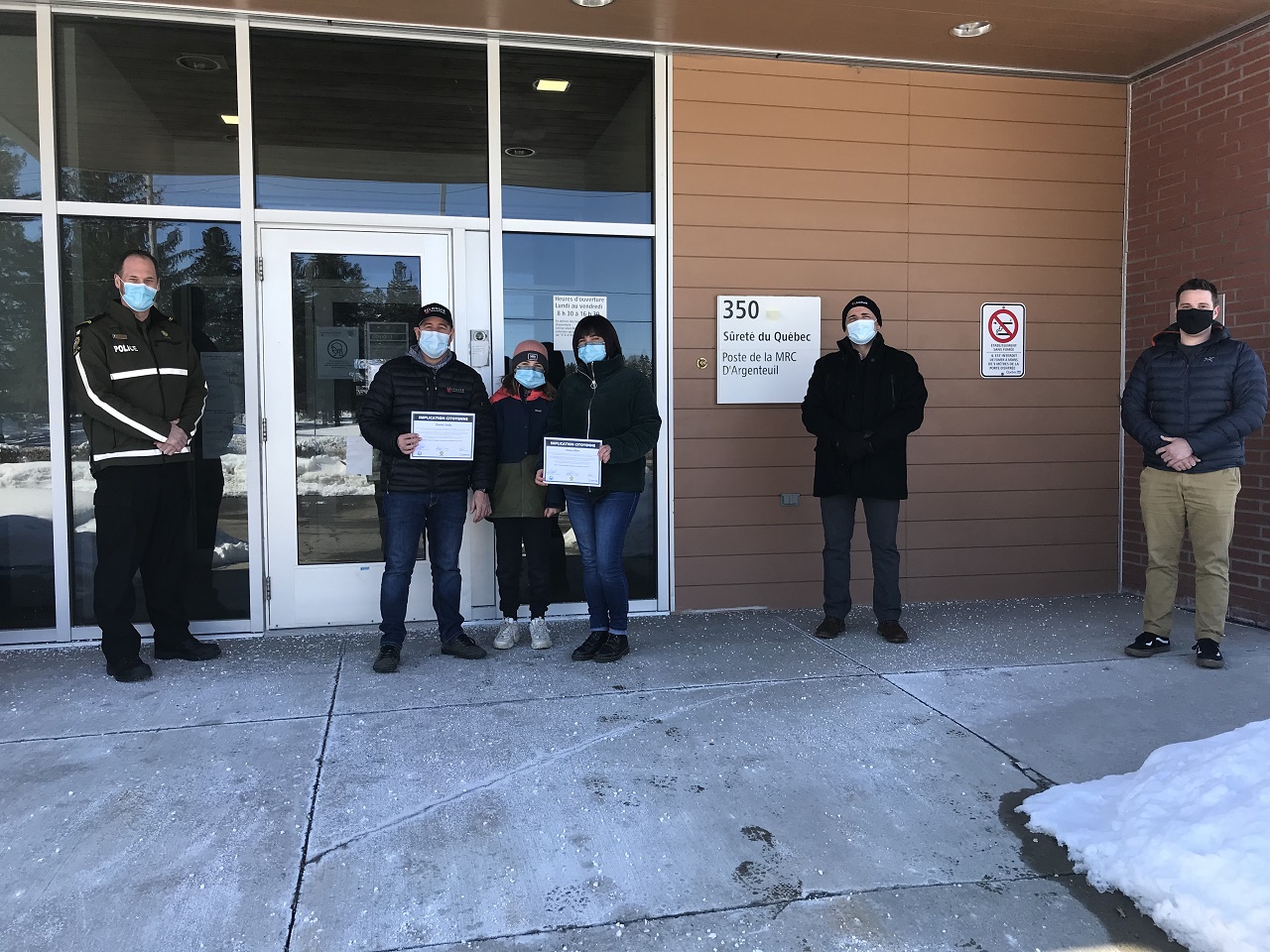 Two citizens have been recognized by the Sûreté du Québec (SQ) for the role they played in reporting a crime in February.

On February 26, the SQ presented certificates to Dominic Poulin and Mélissa Allaire for their civic involvement. On February 14 at around 4:30 p.m., they notified police of a suspicious vehicle in the parking lot of a shopping center on Avenue Bethany in Lachute. Thanks to their vigilance and the information they provided, the police were able to locate the first suspicious vehicle as well as a second vehicle. Following police intervention, five people were arrested for theft and concealment. While searching the suspects, officers found that one of them had hidden something under a dress.  Police seized 42 cell phones from one person and 50 from another.  All suspects later appeared in court.