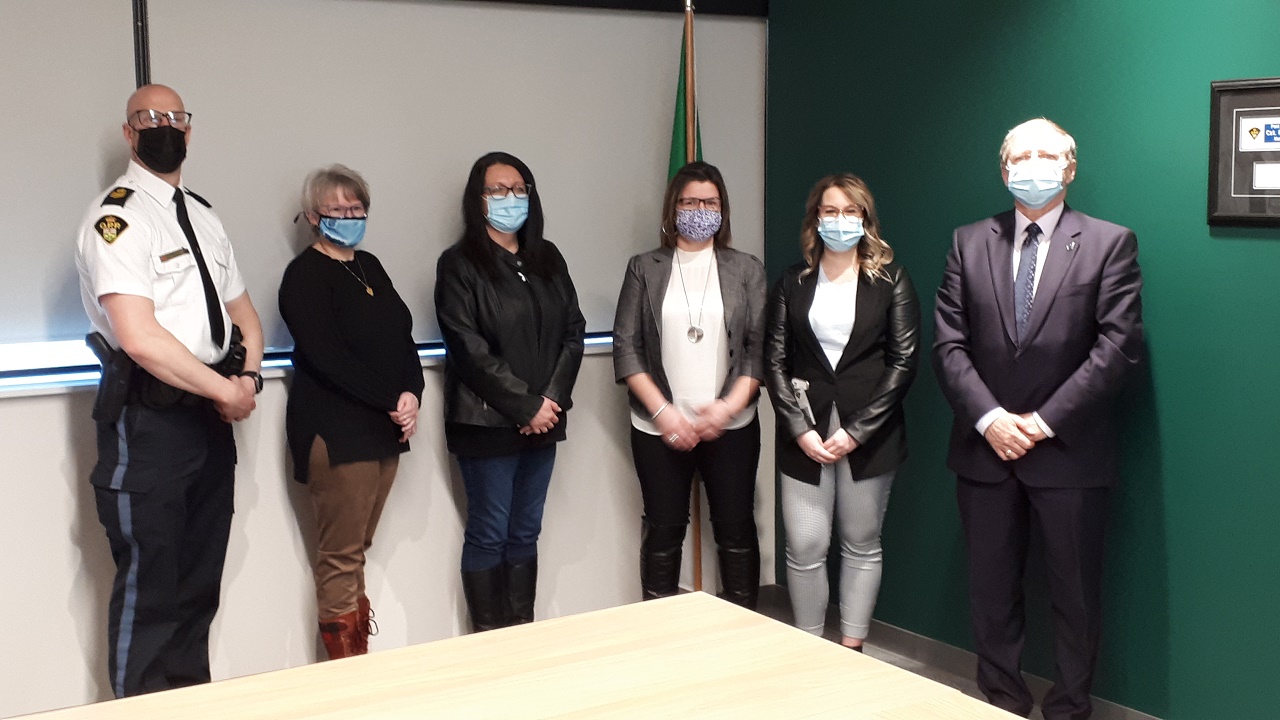 A new program has been started to assist victims of sexual assault and intimate partner violence in the Hawkesbury area.

The goal of the program is to enhance the response of police and partner agencies when assisting victims of sexual assault.  The OPP and the partner organizations are hoping that the new program will make it easier for victims to report sexual assault and intimate partner violence and lead to more positive outcomes for those victims.

Sabrina Rouleau has been hired by Victim Services of Prescott-Russell as the Victim Advocate for the local Victim Advocate Program on a part-time basis of 24 hours per week.  Hawkesbury OPP Interim Detachment Commander Inspector Marc Hemmerick said that the reason the position is just part time is because when the grant was applied for, the local partners were in competition with other communities across Ontario and wanted to be sure that their application would be successful.

Rouleau said that after one month as Victim Advocate, she already has 30 cases.

Referrals to the Victim Advocate are automatically made by the OPP whenever they respond to a case of sexual or domestic assault.  The Ontario Victims Bill of Rights requires police to assist victims of all types of crime.

“The goal is that she’s there for the victims.  She’s the victims ally,” said Centre Novas-CALACS Executive Director Anne Jutras.

Rouleau’s education is in criminology and social work.  She has previously worked for Maison Interlude House and for a criminal lawyer.

In addition to hiring Rouleau as Victim Advocate, major components of the Victim Advocate Program include trauma-informed care training, training to support male victims of sexual assault, and providing a victim-centred interview space.

The Hawkesbury OPP Detachment building on Cameron Street, which opened in October 2020, includes office space for Victim Services of Prescott and Russell, which also maintains office space at 178 Main Street East in Hawkesbury.