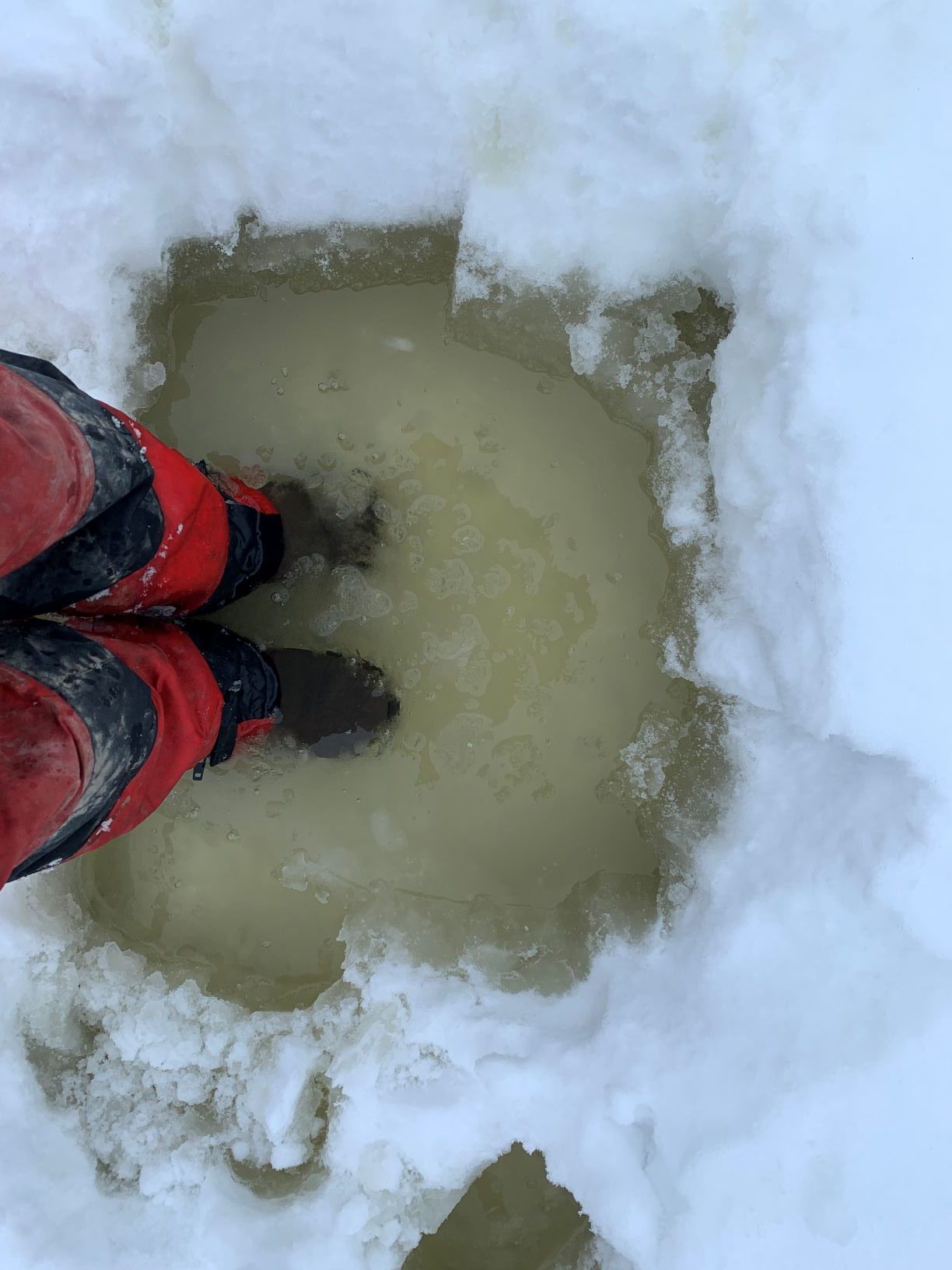 The provincial deadline to remove ice fishing huts from waterbodies in our region is March 15th, but South Nation Conservation (SNC) is pouring a little cold water on the date and says the sooner the better because of thinning ice conditions along the South Nation River.

“At this rate, the sooner the huts are removed the safer,” explains Ryan Robson, SNC’s Resource Technician, who spent time this week surveying ice conditions on the South Nation River.

Staff also observed plenty of white ice, which can appear to be thick but is not nearly as strong as blue ice as it’s made up mostly of frozen and packed snow.

“The recent fluctuations in weather have not made for good, safe ice over an extended period,” added Robson.

SNC is also respectfully reminding local anglers that it is an offence under the Public Lands Act to leave an ice fishing hut after ice break-up; removing debris from the river can be hazardous and can also pollute the river and shoreline. Burning down ice fishing huts is also illegal and can contaminate municipal water supplies.

Before going out, plan appropriately by letting others know where you are going, when you plan on returning, wearing appropriate clothing, and bringing the proper safety equipment including a life jacket, cell phone, ice pick and throw rope. Be sure to also check conditions with local authorities, or with ice hut operators and other anglers.