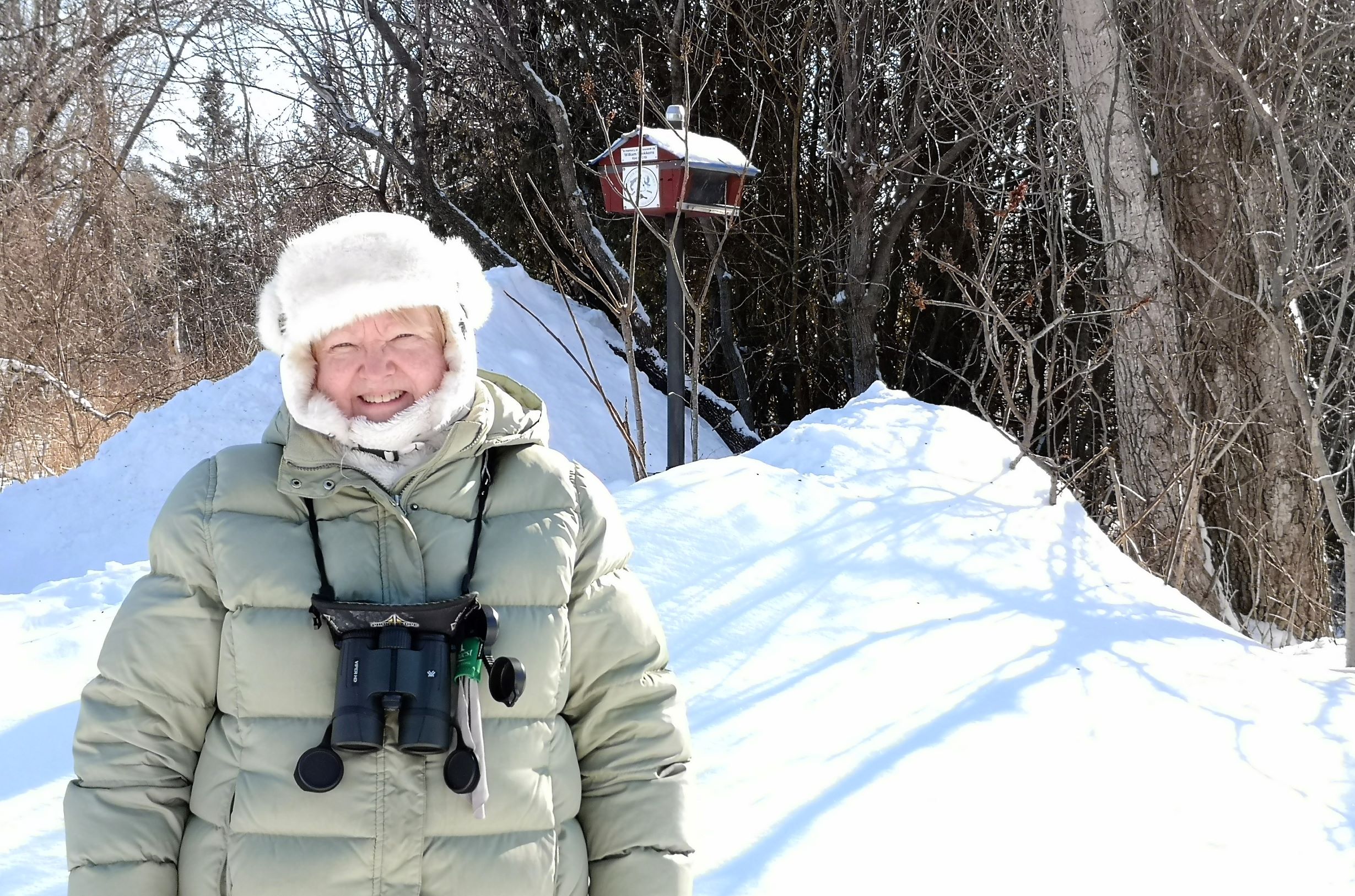 Vankleek Hill and District Nature Society Vice-President Christine Trudeau was all bundled up for the cold last week, as she visited the club’s feeder at the Prescott-Russell Recreational Trail in Vankleek Hill. Photo by Reid Masson

Do you consider yourself a bird lover? If so, the Vankleek Hill and District Nature Society would love to meet you.

Club members are in the process of gathering information for the the 2021 Ontario Breeding Bird Atlas, which is done every 20 years. But the club, which was founded in 1977 with more than 70 members, has less help to complete the task than in previous counts done in 1981 and 2001. There are currently about 30 people in the group, but only a handful of birders, who made up the majority of the club when it began.

“A lot of the birders have either passed or are into their eighties,” says Nature Society Club Vice-President Christine Trudeau. “It’s difficult to get younger people involved, but with the atlas we will be reaching out to more people and we hope they will join.”

The Vankleek Hill club is part of Birds Ontario’s District 23, which runs from the Ottawa River to the St. Lawrence, with a line running from Curran as the western border. Like most districts in the province, District 23 is divided into 10-by-10 kilometer squares. About 100 different species breed in each square and the job of count volunteers is to identify all birds which are nesting.

Each section has a principal volunteer birder for the atlas, who has pledged to observe species in their square for five years. There are volunteers from other birding clubs in the region – and from the community – assisting with the project. All are people who have the love of birds, and the time to spend exploring various areas.

“We also have a lot of people who just like to drive around,” Trudeau laughs. “They will go from one square to another and they will report what they see.”

For local citizens who just enjoy looking at birds, the Vankleek Hill Nature Society has two public bird feeders. One is located at the Prescott-Russell Recreational Trail at Highway 34, where cross-country skiers, walkers and bikers have been treated to shows by a variety of feathered friends for the past decade. A second feeder was added last summer at Voyageur Park, right at the start of the cross-country ski trails.

“We mainly feed during the winter-time,” notes Trudeau, of the best time to see birds at the two feeders. “A lot of people go skiing or walking and they can see the birds at the feeder.”

Winter is a particularly busy time of year for birding members of the club. In addition to this year’s counts for the atlas, the club recently completed its annual Audubon Christmas Bird Count.

Trudeau and fellow club member Jacques Bouvier have also been delighted this year by some unusual visitors, including a Rock Wren – which made its way up from Texas – and a Carolina Wren.

“The Carolina Wren is rare, but we expect it to breed in our area,” explains Trudeau, describing the Rock Wren as an ‘accidental’.

“Birds sometimes get caught in weather systems and end up in places where they shouldn’t,” the avid bird watcher observes, noting the Rock Wren could not normally survive the winter, but this particular one has access to a heated garage.

“He flies in and out through a cat door, into the woodpile and feeds there,” says Trudeau, who credits the owners of the building with helping the tiny creature survive through the winter. “They found meal worms to feed the bird, and it also would fly from window to window and pick insects that were caught in the spider webs.”

Bouvier maintains a local birding blog, where bird lovers can catch up on what is going on in the Vankleek Hill region. The blog contains more information on the Rock and Carolina Wrens, along with many other species, and can be found here.

The club is also holding virtual platform presentations on it’s Facebook page during the COVID-19 pandemic, rather than regular meetings. For information on upcoming events, or to join the club, check out the Facebook page here.

Here is an interesting link to the birds of Voyageur Park.  Bouvier recently completed a short Bird Finding Guide to the birds of the park. According to eBird, the park – with its 218 species – is the hotspot, having the most species of birds in the United Counties of Prescott and Russell. Within this guide is also a guide to some of the mammals found in the park.
Have a look at it by clicking the link here:
https://jacques-miroiseur.smugmug.com/Birds/Birds-of-Far-Eastern-Ontario/My197birdsMes197oiseaux/n-D84kn/i-HW4sC27 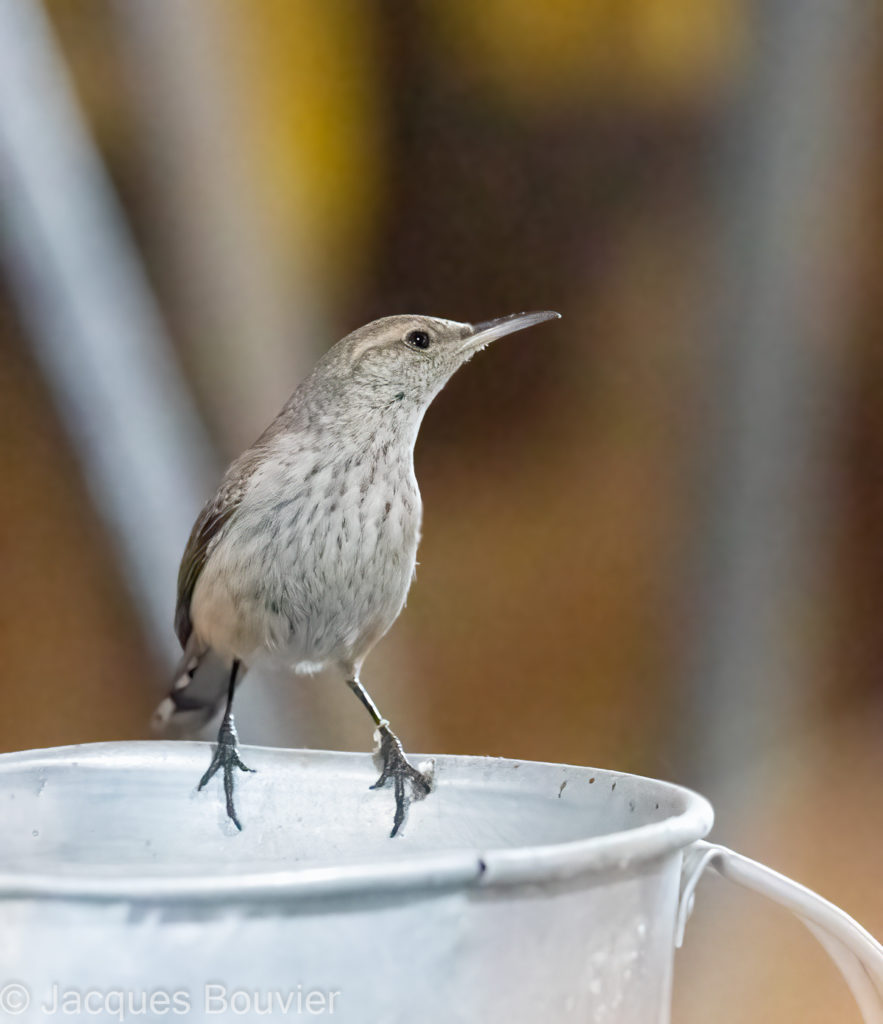 Rock Wrens are normally found in Texas, but this one has been living out of a garage in the region over the winter. Photo by Jacques Bouvier 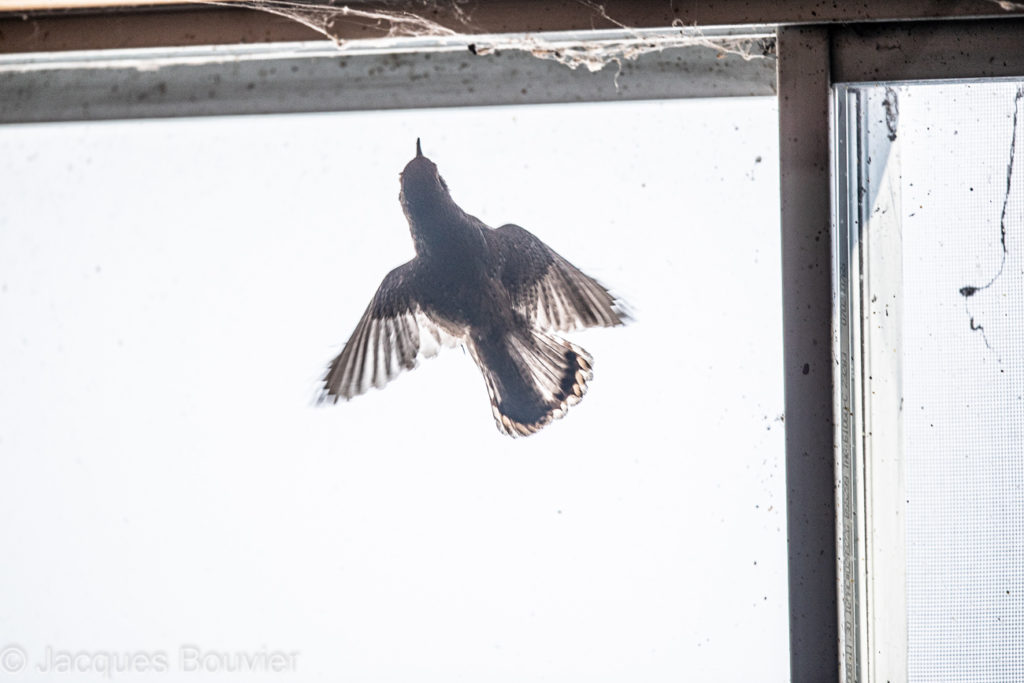 The Rock Wren feeds off insects caught in spiderwebs around the windows of the garage. Photo by Jacques Bouvier 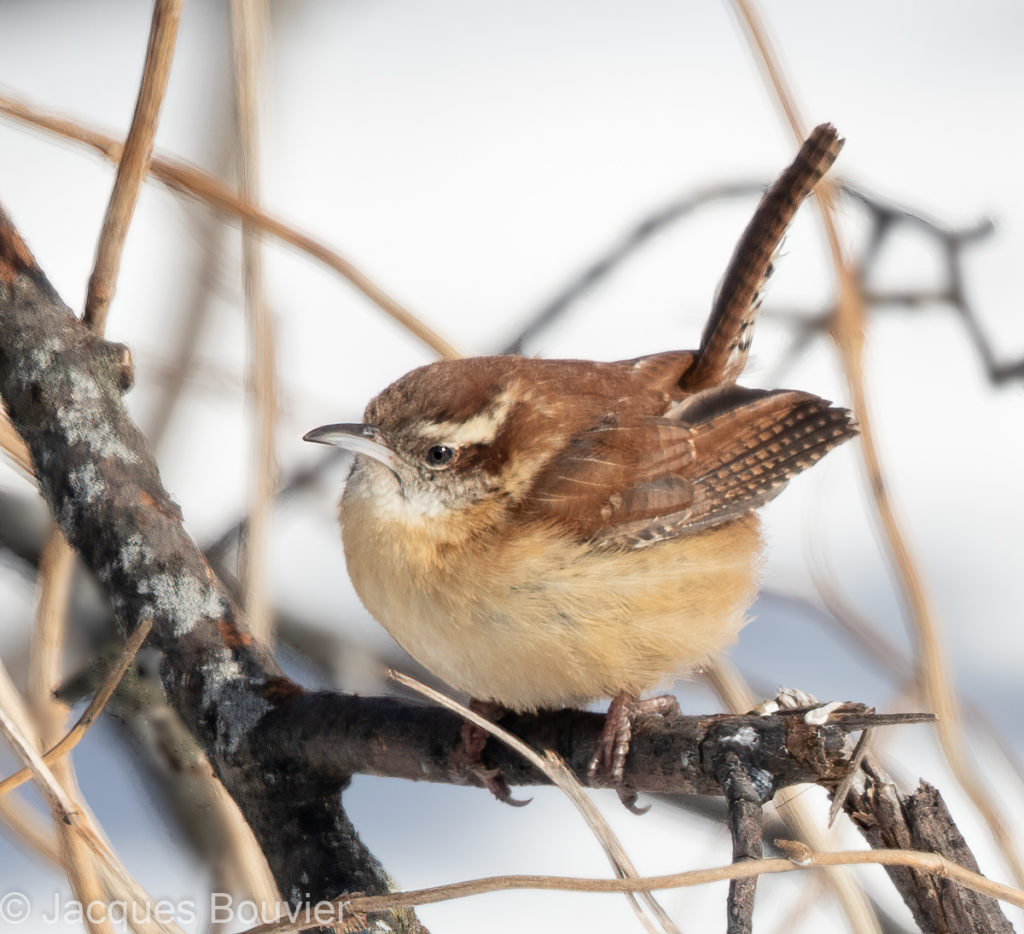 Although somewhat rare in this region, Carolina Wrens are believed to be breeding in Eastern Ontario. Photo by Jacques Bouvier