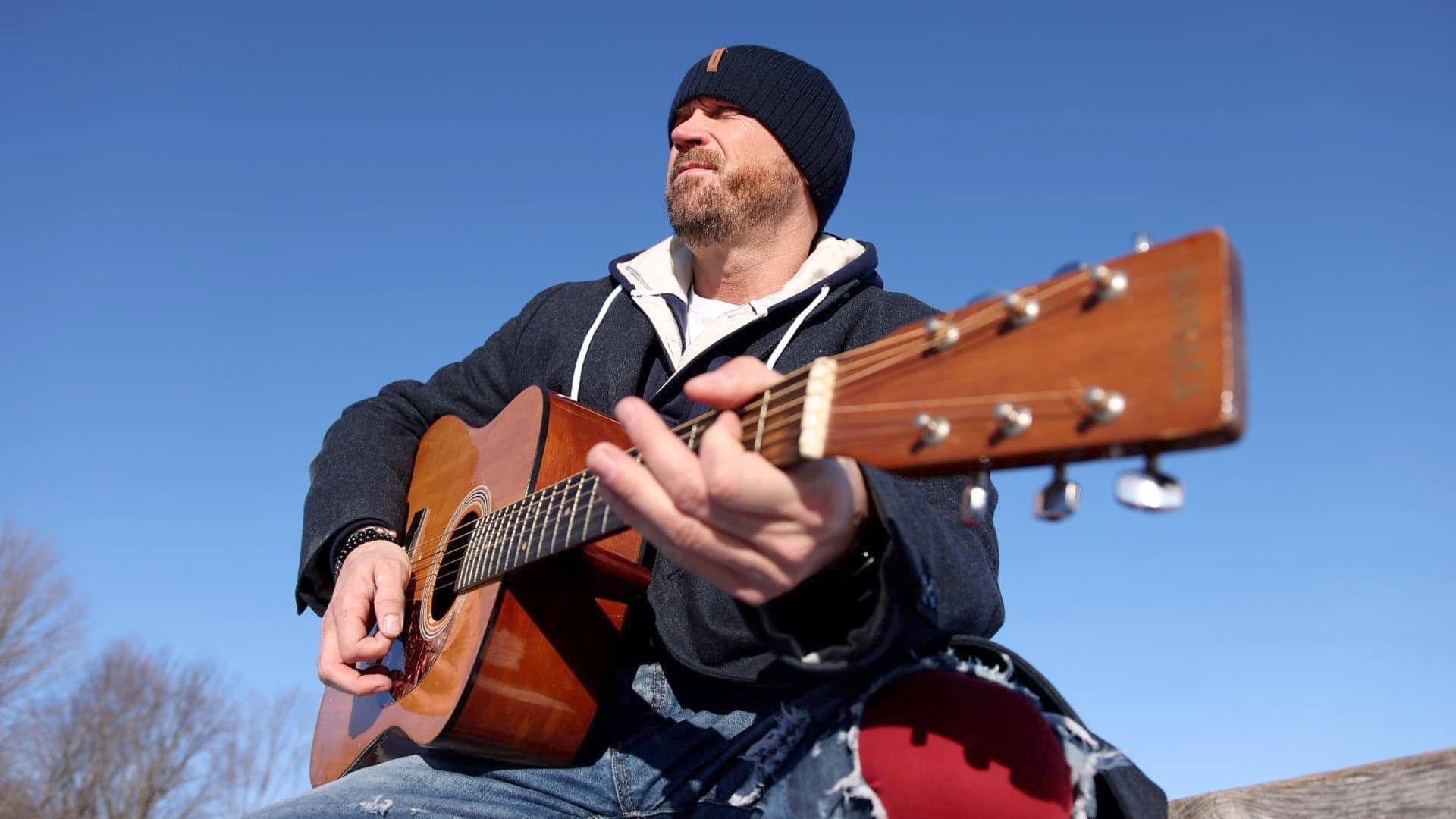 With a new album coming out next month, Hawkesbury real-estate broker and musician Steven Levac is giving people a glimpse of what he’s up to when not selling houses.

“It’s something I just felt I had to do,” says the owner of TEAM Steven Levac, Royal Lepage Performance Realty, whose new French-language single ‘Dis-moé le donc’ (Tell me so) will be released on March 11.

The song is slated to be played on radio stations throughout Quebec and across Canada. A 30-second clip of the new tune can be found on both the Steven Levac Musique Facebook page and Webpage.

An avid guitarist since he was 12 years old, Levac has played in numerous local cover bands as a spare-time hobby. Friends and members of the Facebook group COVID-19 Musical Wellness also know of Levac’s musical chops from online videos he has posted of his acoustic versions of popular songs.

Levac started writing music again in 2018. He’d written songs in the past, but never in French, and never as a solo artist.

“When I was younger and living in Montreal, I played with two bands and we wrote about 50 songs,” Levac reminisces. “But this is my first time writing songs in French.”

In addition to being a labor of love, writing French-language songs can often provide artists with greater opportunities to have their music played on the radio.

“(Francophone) radio stations are more open to new music,” believes the songwriter, who describes his new work as a mix of pop, country and folk music styles. “It’s really hard to hit the international English market.”

“To get your songs heard it’s sometimes easier if you go with a smaller niche.”

‘Dis-moé le donc’ was recorded at B-Hive Studios in Vankleek Hill. The recording studio’s owner Mike Seguin plays drums, while Stephane Deraspe is featured on guitar and other instruments.

“That guy plays anything – bass, piano drums – he’s like a one-man band,” Levac marvels, adding that Deraspe and Seguin will join him on stage for live shows.

While he is excited about the record, the avid guitarist-singer emphasizes that music will remain a hobby.

“I’m doing the music as a passion, but my real-estate business is number one – I don’t want people to think I’m giving it all up for music,” Levac chuckles. “But I do have some spare time, like everybody, and I need to enjoy myself, so that’s when I like to play music.”

The full version of ‘Dis-moé le donc’ will be released only on March 11, however the short clip posted online just last week has been extremely well received.

“The feedback I’ve gotten already is crazy,” says Levac, who was surprised to find thousands of people viewed the 30-second clip of ‘Dis-moé le donc’ on its first day online. “I’ve gotten a few hundred messages of support, many from people I don’t even know.”