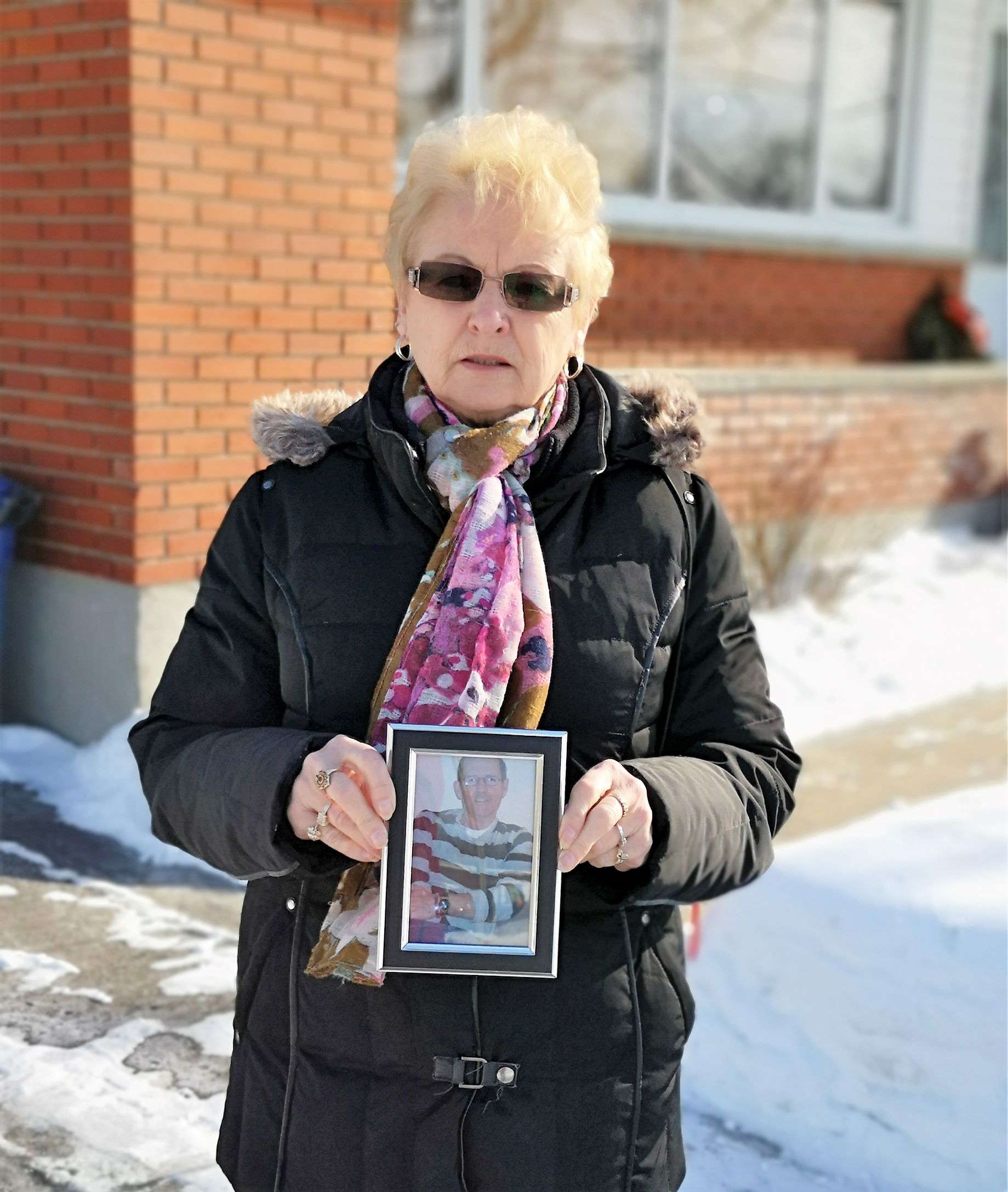 Claudia Devreaux’s visits with her American fiance Danny Farnsworth have been made difficult by new border restrictions due to COVID-19. Photo by Reid Masson

Claudia Devreaux’s travel plans for 2021 have been drastically altered by Canada’s augmented COVID-19 border restrictions. The 74-year-old Vankleek Hill resident isn’t looking to vacation in Florida, or hit the beaches in Cancun – she just wants to visit her American fiancé, who lives a mere hour’s drive away.

Devreaux has been making a weekly trip to Massena, New York, since first meeting Danny Farnsworth in August of 2003 at a singles dance in Cornwall. In the summer, the couple spends almost every weekend at Farnsworth’s waterfront cottage on the St. Lawrence River, and each year they spend a month together on vacation in Florida.

But that all changed with the COVID-19 pandemic.

“I was over there at his place in March when they closed the Canadian border, but the U.S. border was still open,” recalls Devreaux, who headed back to Vankleek Hill thinking she would be able to return for a visit the following week. “But by the time I got to the border – which was 15 minutes – they told me the U.S. border had just closed too.”

For three months, the couple was only able to keep in touch by phone. As restrictions eased in June, Devreaux – still unable to cross the border by car – opted to travel by air to visit her fiancé. The trip took 18 hours to cover what would normally be a one-hour drive by car.

“I flew from Montreal to Chicago, and then to Burlington, New York, which was about two and a half hours for him to drive and take me back,” explains Devreaux, of the cross-country journey required for a 100-kilometre trip.

Upon returning to her home in Vankleek Hill last September, Devreaux was obligated to self-quarantine for 14 days. Since then, she and Farnsworth have remained in touch mostly by phone.

“We’re not comfortable with Zoom, so every morning we text each other good morning, and every night at nine o’clock he calls me and we chat for an hour.”

While difficult, the separation has only increased the couple’s desire to be together. Somehow, some way, Devreaux hopes to be able to spend the upcoming summer at her fiancé’s Massena home.

“I don’t know how I’m going to be able to go, because we need a PCR test to leave Canada,” she says, noting that test facilities are scarce in rural areas. “Vankleek Hill being a small town, I don’t know where I’m going to get those tests – I might have to go to Ottawa or Montreal.”

“Then to come back – Massena is a small town also – and we don’t know where I’m going to get a PCR test down there either.”

Devreaux has joined several online groups for families separated by COVID-19 border restrictions. Members share stories of their respective cross-border plights, provide information and offer emotional support to other members. She is using much of that information as a guide for getting the proper tests and approval required for her to visit Farnsworth in Massena this summer.

“I’m hoping to be able to leave in April and spend the summer at his place,” Devreaux says, laughing out loud when a reporter asks if wedding plans are in the future. “At our age we’ve decided not to get married, because it’s just too complicated.”