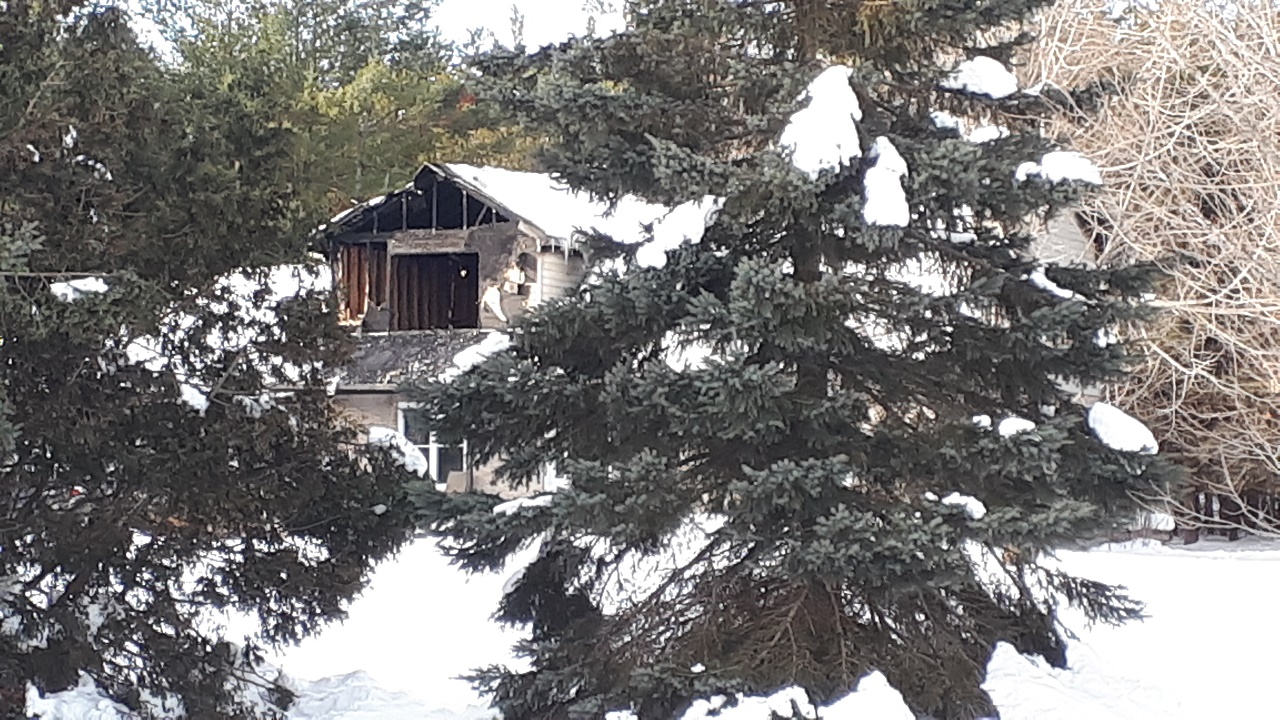 A fire occurred at this house on the 4th Concession of Kenyon on Saturday, February 14. Photo: James Morgan

The Office of the Fire Marshal is investigating the cause of a fire on Kenyon 4th Concession north of Alexandria that took place on Saturday morning, February 13.

According to North Glengarry Fire Chief Matthew Roy, the department received the call at 8:22 a.m. on Saturday, and all three stations responded to the fire.

The fire was primarily on the second storey of the house and firefighters located a body inside.  The Office of the Fire Marshal and Ontario Provincial Police were immediately contacted to investigate.  No one else was inside the home at the time of the fire.

Roy said that the investigation into the cause of the fire continues.

OPP officers and North Glengarry firefighters remained at the scene throughout the day Saturday, even after the fire was out.