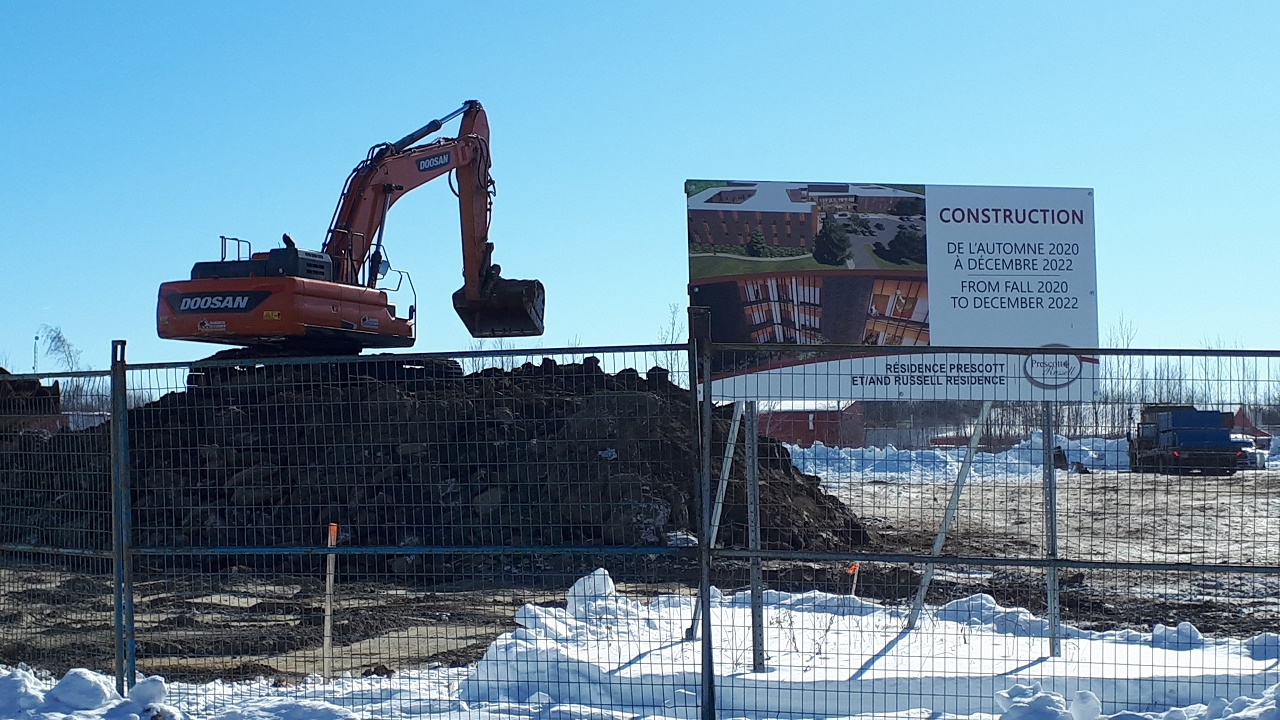 Exacavation is now taking place on the site of the new Prescott and Russell Residence on Spence Avenue in Hawkesbury. Photo: James Morgan

A lot of digging is happening on previously vacant land on Spence Avenue in Hawkesbury.  Construction has begun on the new Prescott and Russell Residence long-term care facility.

At the February 10 Committee of the Whole meeting of the United Counties of Prescott and Russell (UCPR) council, Chief Administrative Officer Stéphane Parisien told the mayors that digging started at the site during the past week but a formal sod turning ceremony could not be held due to COVID-19-related gathering restrictions. Hopeful that gathering restrictions will be reduced, Parisien said that a ceremony will be held in early spring.

On February 10, mayors approved the introduction of a recommendation at the next UCPR council meeting on February 24 where the extension of the project management contract with Colliers Project Leaders will be extended at a cost of $475,090 until full completion of the contract on March 1, 2024.

“The monies are in the budget,” Parisien told the mayors, and said extension of the contract with Colliers is an administrative aspect of the residence project.

Project management fees are approximately 1.4 per cent of the estimated $70,610,000 construction cost.

Construction of the new 224-bed facility is to be completed in December 2022.  Hawkesbury Mayor Paula Assaly asked if that schedule will still be possible.  Parisien said delays could be possible due to the COVID-19 pandemic, but the move from the old facility on Cartier Boulevard to the new residence on Spence Avenue is still likely to happen in 2022 and into 2023.