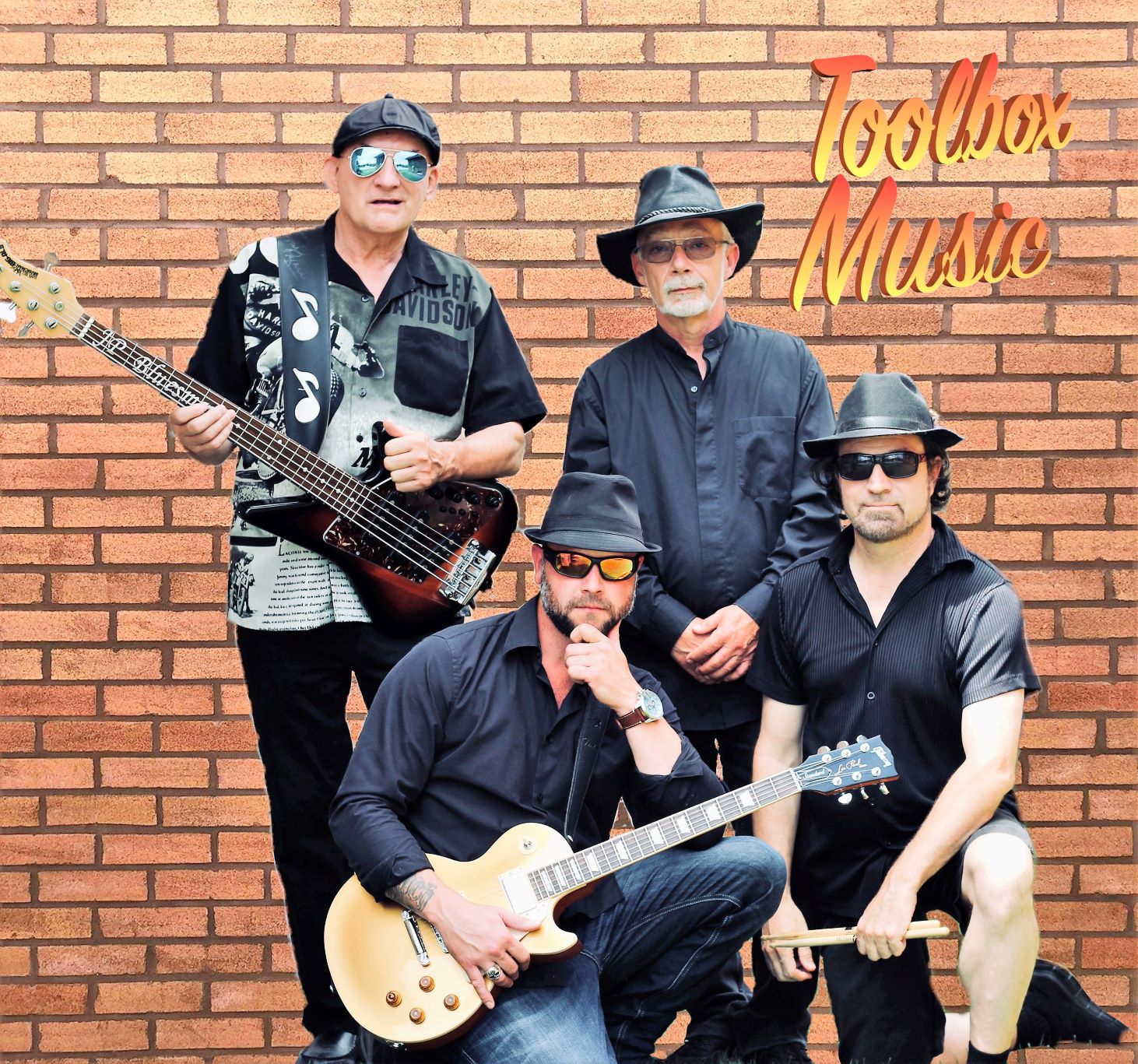 Argenteuil’s Toolbox Music has released its first album ‘Confined’ – a collection of songs inspired by and recorded during the COVID-19 pandemic.

Argenteuil band Toolbox Music has released its first album ‘Confined ‘ – a collection of songs inspired by and recorded during the beginning of the COVID-19 pandemic last Spring.

“We (recorded) this on the 15th of March, when everyone got confined,” recalls drummer Jean-Patric Blain, who opened up his home to singer/keyboardist Michel Valois, who had to leave his home in Mont Tremblant due to a lack of services after the ski hill closed. “We started just playing and recording originals – just the two of us at home.”

Blain sent the tracks to his friends guitarist Pierre-Marc Demers and bassist Jean-Pierre Belanger, and in the middle of the spring shutdown, Toolbox Music was born.

“We did all of the recording out of each other’s house,” Blain says of the newly released collection of music, which is available for purchase for $15 on the band’s website. The group created YouTube videos for each track, and the whole album can be listened to song-by-song Here.

“Mike, the singer, is still here and we’re still working on more stuff,” says Blain, who is also the organizer of the annual Argenteuil en Blues Festival, and describes Toolbox Music as a mixture of styles.

“Blues, rock, country – we have a lot of different influences musically. We’ve got something going here and we love playing original music.”

Toolbox Music has kept busy working on a second album, which the band hopes to release by the end of 2021. A single track from the upcoming album is scheduled to be released on their website and Facebook page in the next week. The single ‘Down South’ is being released early because, although it was written several months ago, the song reflects things which are going on right now in the United States of America.

While the pandemic inspired new music, the band members are very anxious to play live. They were scheduled to perform at Argenteuil en Blues last autumn, before the festival had to be canceled due to rising COVID-19 cases in the province of Quebec. So far, the Toolbox Music has only been able to practice, the four members meeting up for the first time late last summer, long after the album had been recorded.

“We got together in August for the first time and what a feeling that was,” says singer Valois. “We cannot wait to play live.”