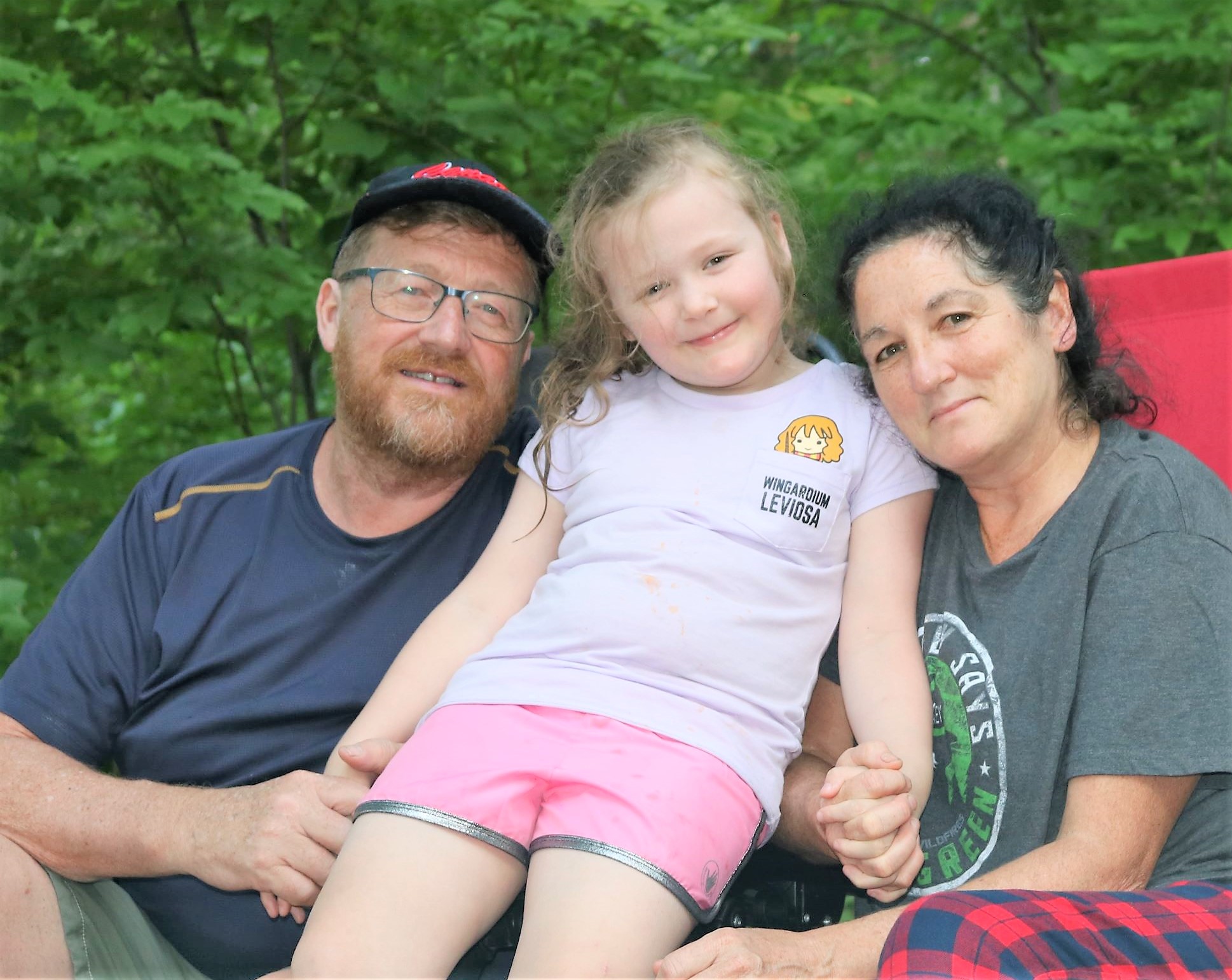 David and Debbie Chamberlain discovered Vankleek Hill while searching for a Victorian home within driving distance of their son and their granddaughter Violet (centre).

Prior to discovering the community while doing a search online for Victorian homes near Ottawa, Vankleek Hill was unknown to David and Debbie Chamberlain – or so they thought.

“I’ll be honest – we had never heard of Vankleek Hill until we started looking, but I do recall that in pre-GPS days we actually got lost and drove through the village a long time ago – I remembered that when we came back,” says David, of the community in which the couple has resided since the summer of 2018.

With David continuing to live in their residence in Cornerbrook, Newfoundland, Debbie moved to Vankleek Hill in June of 2018, with David following a year later when he officially retired from his job at a pulp and paper company. Their new community has been a perfect fit for the couple; they wanted to be close to their son and granddaughter in Ottawa, and within driving distance of their daughter in Shawinigan.

“We had a long checklist of what we were looking for in a community and Vankleek Hill seemed to check off almost every box,” David recalls, noting he and Debbie both grew up in small communities in New Brunswick, before moving to Newfoundland. “We enjoy a small village where we can walk and have a cup of coffee or breakfast somewhere in the morning.”

The couple was drawn to the area by not only the Victorian-style homes they were seeking, but by the vision of a bustling, active community.

“We liked what we saw on The Review’s website – it looked like a place with a lot of artists and a lot of the things we love,” David says. “We enjoy hiking a lot and we saw that there was a major trail in Vankleek Hill, so that was a big plus.”

The vision of an active community was proven true when they moved into their new home on High Street. On their first weekend in Vankleek Hill, the Chamberlains were greeted by the one thing they did not expect,

“When we moved here we thought it was quite unique, because they had a heavy metal rock concert in the back there as we moved in,” David laughs. “I thought that was pretty unique – it was pretty sharp for a small village to have that kind of a venue.

“We knew there were agricultural days and farmer’s markets, but that was a surprise. We thought it was neat that (Vankleek Hill) was open to things like that.”